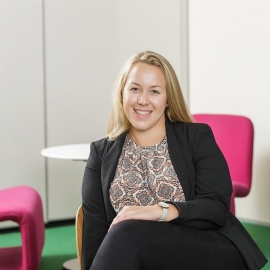 Why a Mentor Gives You a Career Advantage Come Graduation

Career mentoring is not just for those who have an established career. A mentoring partnership during undergraduate or postgraduate study can broaden your career options, prepare you for the workforce and give you an opportunity to develop professional contacts. Two students share their experiences.

Before Charlotte Bekkevold signed up to have a mentor through the UNSW Business School’s Career Accelerator Career Mentoring Program, she felt apprehensive.

“I was afraid people would feel like I was wasting their time if I asked to catch-up for a coffee,” she says. “But now that I have a mentor, I understand that professionals really want to help people who are just getting started in their career.

Although it was initially daunting, Charlotte bonded quickly with her mentor.

“We got along really well and still meet up, even though the program has officially finished.” 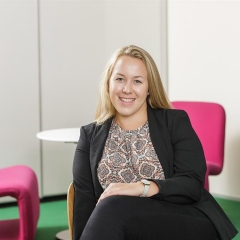 ​After talking to my mentor and developing my network, it really increased my motivation and confirmed that consulting is the direction I want to work towards.

Developing the skills employers look for

“I want to get into consulting, so it was great I could speak with my mentor about my previous experience, and identify my objectives and career goals,” she says. “Doing that definitely increased my understanding of my strengths and the type of opportunities I should apply for.”

“After talking to my mentor and developing my network, it really increased my motivation and confirmed that consulting is the direction I want to work towards.”

While James Gore has worked part-time for a number of years, he wanted to have a mentor for specific reasons.

“I was nearing the end of my degree and I thought a mentor would help me understand things you can’t really Google or ask your mates,” he says. “I wanted to know more about networking – I understood the idea but not how it actually worked.”

For James, mentoring offered him an insight into “the real world”.

“I met with my mentor each week and also shadowed him for a day,” he says.

​​"It was such an eye opener. I witnessed a high-level client-to-consultant meeting, and it was great talking to my mentor afterwards to understand the dynamics of what was happening." 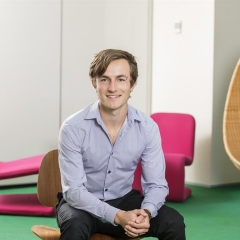 It was such an eye opener. I witnessed a high-level client-to-consultant meeting, and it was great talking to my mentor afterwards to understand the dynamics of what was happening.

Mentoring is a two-way process

For James’s mentor, Najeeb Abdelhadi, mentoring was a two-way street. “James is mature and I learnt from him, as well as he from me,” says Najeeb.

“He asked me questions that made me think why I’m doing things a certain way. It was definitely a two-directional relationship.”

When James was offered a position at Najeeb’s firm, Najeeb recommended he accept it.

“Ultimately James decided to go with another company,” says Najeeb. “I really respected that because, despite the advice I gave him, he didn’t just blindly follow his mentor’s advice. He asked me, reflected on it and made his own decision. I’m proud that I’m working with someone who has those decision-making skills, and I’m sure we are going to maintain our connection in the future.”