There has been widespread conjecture about the allegation against Christian Porter, but the court considering his claim that he was defamed by the ABC will have very specific questions to consider.
Mark Humphery-Jenner | UNSW Newsroom 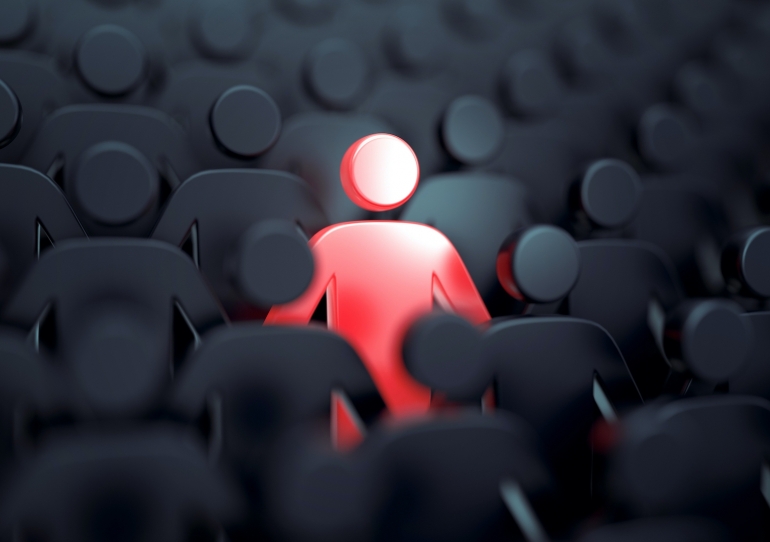 One of the issues of the case will be whether the ABC report contained enough information to identify Christian Porter. Illustration: Shutterstock

Christian Porter has sued ABC and Louise Milligan for defamation. This is premised on (inter alia, or 'among other things') an article that Milligan wrote in the ABC, which described allegations of a “brutal rape” at the hands of an unnamed senior minister. Amidst intense political pressure, Christian Porter disclosed he was that minister against whom the allegations were made and strongly denied the allegations. But why can Porter sue? What can the ABC and Milligan say in defence?

A related issue is the impact of this case on freedom of speech of political reporting. Reporters can report political rumours. However, they must do so reasonably. Defamation does not stop public interest reporting that is reasonable in all the circumstances. Defamation law would, however, deter one-sided reporting. Depending on what the ABC argues in defence, the court might have to determine whether this article was sufficiently reasonable.

What is Porter suing for?

Porter is suing for defamation. Defamation arises where either words or text convey a defamatory imputation. This involves claims that harm the person’s reputation so as to disparage them, drive others to shun them, or subject them to hatred or contempt. Something is defamatory even it is true. But, truth is a defence to defamation. Both the publisher and the writer can be liable for defamation.

Porter claims – in short – that the article carried the defamatory imputation that he sexually assaulted the young woman referred to in the article. He says that such an imputation would cause hatred or contempt, and would cause people to shun him.

As a general proposition, reporting rumours and hearsay can give rise to defamation. The ABC and Milligan might claim they did no more than relay rumours and hearsay. But, this is neither a complete defence to defamation nor will it eliminate a defamatory imputation. Rather, if the ABC or Milligan wish to relay rumours that have a defamatory imputation, they must either show that the rumours are true and not merely that there are rumors, or they must establish another defence (i.e., fair coverage of a matter of concern or qualified privilege).

The ABC/Milligan could argue that they did not name Porter and thus could not have defamed him. However, Porter’s argument appears to be that immediately following the article, his name began trending, and alterations were made to his Wikipedia page. Further, other commenters referred to Milligan as breaking the story.

The ABC might claim that rumours were circulating before publication. However, in order for a publication to be defamatory, it is sufficient that there was publication to at least one additional person. Indeed, reiterating someone else’s defamatory comment is itself defamation.

What defences can the ABC and Milligan raise?

The ABC can potentially raise several defences. However, in general, the onus will be on the ABC and Milligan to prove them.

The article did not mention Porter: ABC/Milligan might argue that the article did not mention Porter by name; and thus, Porter cannot prove that he was defamed. This is not a defence per se. Rather it goes to whether he was defamed. Porter’s legal team has argued that the piece provided sufficient information to identify him. They have pointed to online and social media activity following the report. They indicated that Media Watch – another ABC program – highlighted the ease with which he could be identified.

Reporting on a matter of interest (aka qualified privilege): It is a defence to provide information to a recipient that has an interest in that information if the publication is reasonable in the circumstances and it was not actuated by malice. Given that sexual assault allegations against a minister are generally a matter of interest, if this defence is raised the question is likely to be focused on whether the reporting was reasonable.

If this defence is raised the ABC and Milligan will have a heavy burden, but this is ultimately for the court to decide. Porter claims ABC and Milligan did not ask him for his side of the story, that they selectively cherry-picked pieces of information from the dossier, while removing any exculpatory information, and that they quoted people who – while having no first-hand knowledge – implicitly presented Porter in a negative way. Establishing reasonableness will turn on the evidence put forward at court.

It would not be sufficient that people claim to ‘believe’ or ‘suspect’ that he committed sexual assault. Rather, it must be proven on the balance of probabilities.

Malice can amplify damages and will also defeat a claim of qualified privilege. Here, Porter must show that the publication was for an improper purpose or that the ABC/Milligan did not believe the publication to be true. It is not enough for Porter to show that the ABC/Milligan merely leapt to conclusions with insufficient information or were careless, or failed to consider exculpatory information. To show an improper purpose, Porter would need to establish that the publication was motivated by spite or ill will. This could ground malice. But, any alleged improper purpose must be the dominant purpose. And, given that he is a politician, and merely scoring political points is not per se improper (if this is regarded as a political matter), malice is not automatically clear cut.

What about truth? The ABC/Milligan might try to argue that the subject of the rumours is true. It is not enough to prove there were rumours. They must prove they were true. This is because reporting on, and relaying, rumors is fine only if it falls within qualified privilege (see above) or those rumours are substantially true. Here, in order to establish truth, the ABC would need to prove the sexual assault occurred on the balance of probabilities. That is, it must be more likely than not that the sexual assault happened. This is a lower burden than at a criminal trial, where conviction requires proof beyond reasonable doubt.

It is for the court to determine if the sexual assault occurred, based on all facts that are presented at court. This will involve examining exculpatory evidence. Those documents must satisfy the ordinary rules of evidence. It would not be sufficient that people claim to ‘believe’ or ‘suspect’ that he committed sexual assault. Rather, it must be proven on the balance of probabilities.

Does it matter if the dossier was public? The ABC/Milligan might try to claim that they merely published what was in a public document. It is a defence if the published statements were a fair summary, or fair extract from such a document. This is much the same situation as establishing reasonableness with the aforementioned qualified privilege defence. Thus, the defence will turn on much the same considerations as above.

What if it is an honest opinion? It is a defence to defamation that the comments were merely an expression of opinion, the matter is of public interest, and the opinion is based on proper material. In order to establish this defence in this case, the ABC/Milligan would need to show (a) that the reporting / defamatory imputation was merely an opinion, and (b) the basis for that opinion was ‘proper material’. Whether something is proper material will likely turn on whether it was substantially true. Thus, here, this would likely merge with the aforementioned “truth” defence.

Where does this leave us?

This case is unlikely to chill free speech. It merely shows that, as always, reporters must be careful when reporting. The court may have to determine whether the article was “reasonable” when it reported on rumours. That is, it is fine to report on such things so long as the report is reasonable in all the circumstances. Often, determining reasonableness can involve the court examining whether the publisher reported both sides of a story, including any exculpatory evidence, and gave the accused a right of response. The court may determine whether the article did this sufficiently. Or, failing that, whether the rumours were true.

Media outlets have, after all, been on notice following the Geoffrey Rush trial. The ABC itself lost a defamation case against businessman Chau Chak Wing in February 2021.

In the Rush trial, Geoffrey Rush sued Nationwide News for (inter alia) a series of articles, typified by the now infamous “King Leer” front page headline. They alleged inappropriate conduct. Nationwide News’s main defence was that the stories were substantially true. However, they did not prove this at court. They unsuccessfully argued the qualified privilege defence. In part, this was due to the specifics of how Nationwide News argued their defence. This highlights the need to fully vet information if one is to rely on the “truth” defence.

In the Chau Chak Wing case, the court found the ABC’s reporting had caused “substantial and continuous” damage to Dr Chau’s reputation. The case concerned an ABC Four Corners program. Dr Chau claimed that it portrayed him, inter alia, as a person that had “betrayed” Australia and had attempted to influence politicians, presumably to benefit the Chinese Communist Party. The court found that the ABC could not establish the truth of their claims. They had relied on qualified privilege, but jettisoned this defence. This too highlights that it is important to fully vet claims before broadcasting them.

In short: media outlets must be careful when airing serious allegations. Either, they must be confident that those allegations are true. Or, they must act reasonably and responsibly when reporting on them. In the Porter case, it will be for the court to decide whether the ABC did so.

Mark Humphery-Jenner is an Associate Professor of Finance at UNSW Business School. He is an expert in ESG, corporate governance, corporate finance and venture capital/private equity, and has a PhD in constitutional law and legislative interpretation, and a PhD in finance.