Two years after the Rana Plaza building collapse that killed more than 1100 garment workers in Bangladesh, a global research team led by UNSW Australia will examine what changes have occurred in the policies and practices of retailers 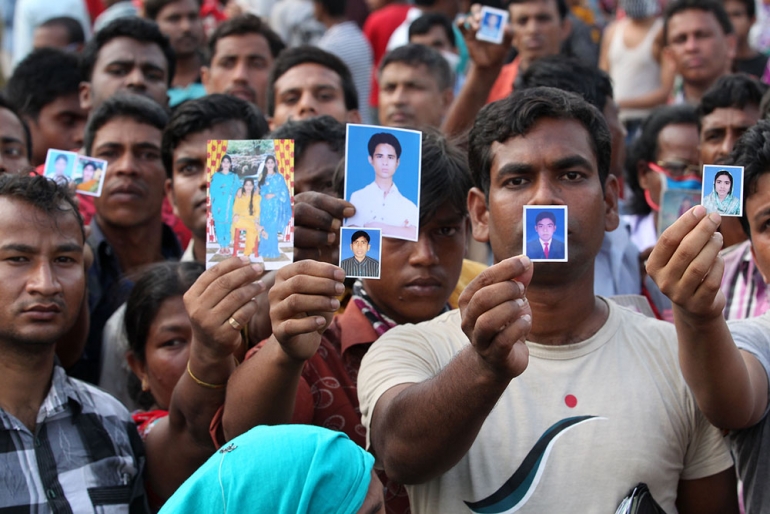 Two years after the Rana Plaza building collapse that killed more than 1100 garment workers in Bangladesh, a global research team led by UNSW Australia will examine what changes have occurred in the policies and practices of retailers and brand firms, as well as changes in factory practices in Bangladesh.

The three-year 800,000 Euro project, funded by Volkswagen Foundation, with Wellcome Trust and Riksbanken Jubileumsfond, will involve leading researchers from Australia, the UK, Germany, Sweden and Bangladesh.

The April 2013 Rana Plaza building disaster focussed the world’s attention on building practices and safety and triggered a major international commitment to improving labour and environmental standards in Bangladesh and more generally.

“Significant changes are occurring but little is known about their content and impact. Many well-known firms pledged improvements in standards. We are keen to find out the results of such commitments,” said one of the project’s leaders, UNSW Business School’s Professor Stephen Frenkel. “This project will assess what exactly has been done.”

The study will analyse what changes have been made in the policies and practices of lead firms in global garment manufacturing across two liberal market economies (Australia and the UK) and two co-ordinated market economies (Germany and Sweden). It will also examine changes in Bangladeshi factories that supply garments to these lead firms – and see if factory managers and workers perceive improvements in safety standards, and labour and environmental practices more generally.

Bangladesh’s garment industry, employing around 3.6 million people, accounts for 13% of GDP and nearly 25% of the country’s exports. The well-being of Bangladesh’s people, particularly women who comprise over 80% of the industry, depends crucially on the garment sector which in turn relies on lead firms in the EU and other developed countries. But there are only ‘soft laws’ to encourage lead firms to hold their suppliers to international labour and environmental standards, and the Bangladesh government has been slow to implement fundamental social and infrastructure reforms.

The research teams are from UNSW, the London School of Economics in the UK, the Freie Universität Berlin in Germany, Gothenburg University in Sweden, and BRAC University in Bangladesh. Research will focus on the 20 largest clothing retailers and brand firms in the four developed countries and factories supplying these firms in Bangladesh and workers employed in the Bangladesh clothing sector.

Funding: 800,000 Euros (over 3 years from Jan 2016) from Volkswagen Foundation, with Wellcome Trust and Riksbanken Jubileumsfond, as part of the Europe and Global Challenges Program.