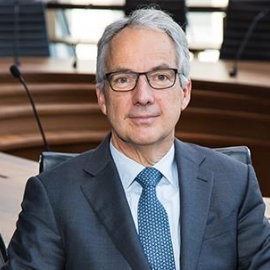 Nicholas is a former Chief Executive Officer of Macquarie Group Limited. He retired after 33 years at Macquarie, and 10 years as CEO from 2008 - 2018. Nicholas has a Bachelor of Commerce and a Bachelor of Laws from UNSW.

He was admitted as a solicitor and is a Fellow of the Institute of Chartered Accountants. In 2017, Nicholas was awarded an Honorary Doctorate in Business from UNSW.

He is Chairman of Screen Australia, The Centre for Independent Studies, The Smith Family, Willow Technology Corporation, the National Catholic Education Commission, a Member (and former Chair) of the University of NSW Business School Advisory Council, a Non-Executive Director of Qbiotics Group, and parttime Chairto the Markets Taskforce Expert Advisory Panel within the Department of the Treasury.