Professor Aaron Quigley has been inducted as a Distinguished Member of the Association for Computing Machinery (ACM). 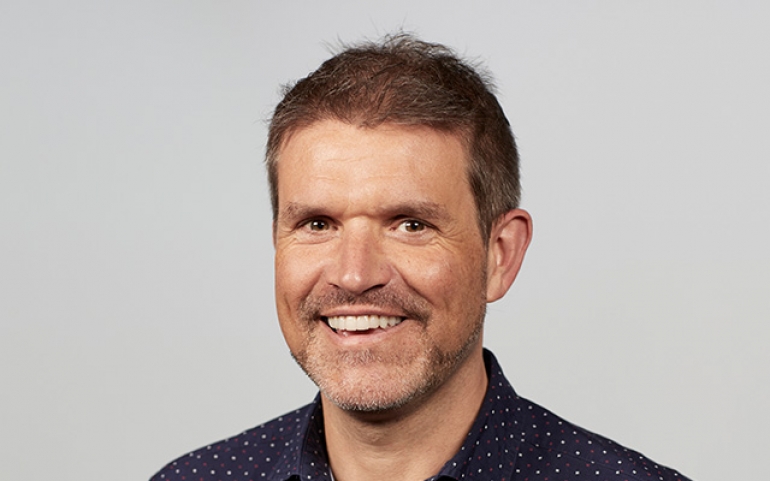 Professor Aaron Quigley, Head of School in Computer Science and Engineering, has been inducted as a Distinguished Member of the Association for Computing Machinery (ACM).

Aaron Quigley has research interests in human computer interaction, pervasive and ubiquitous computing and information visualisation. As one of 64 members elevated this year, this nomination recognises his outstanding scientific contribution to the computing field. All 2020 inductees are longstanding ACM members and were selected by their peers for a range of accomplishments that move the computing field forward.

The ACM 2020 inductees are longstanding ACM members and were selected by their peers for a range of accomplishments that move the computing field forward.  The ACM President Gabriele Kotsis explained that, “The active participation of ACM members, in our organization, and in the field more broadly, is the foundation of a global scientific society.” “With the Distinguished Member designation, ACM celebrates specific contributions of these members and their career growth as reflected in a long-term commitment to the field, as well as their collaboration with peers in supporting a global professional association for the benefit of all.”

The 2020 ACM Distinguished Members work at leading universities, corporations and research institutions in Australia, Canada, China, India, Qatar, Singapore, Spain, Sweden, Taiwan, the United Kingdom and the United States. These innovators have made contributions in a wide range of technical areas including data science, mobile and pervasive computing, artificial intelligence, computer science education, computer engineering, graphics, cybersecurity, and networking, among many other areas.

Professor Quigley received his undergraduate degree in computer science from Trinity College Dublin in Ireland in 1995 and his PhD degree in computer science in the University of Newcastle Australia in 2002. Aaron has held academic and industry appointments in Singapore, Australia, Japan, USA, Germany, Ireland and the UK. From 2010 – 2020 he was Chair of Human Computer Interaction in the School of Computer Science at the University of St Andrews where he served as the director of the Scottish Informatics and Computer Science Alliance (SICSA), board member for ScotlandIS and the DataLab. Aaron is the general co-chair for the ACM CHI Conference on Human Factors in Computing Systems, and ACM Distinguished Speaker and he was previously the ACM SIGCHI Vice President for Conferences and a convenor for the ACM Future of Computing Academy. He has authored over 180 conference and journal papers and has had chairing roles in thirty international conferences and has served on over ninety conference and workshop program committees.