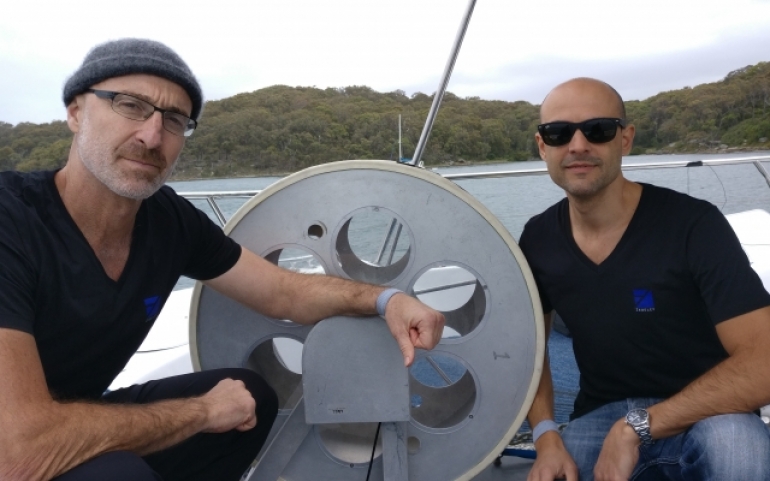 UNSW start-up, Zedelef, culminates their ground-breaking five-year collaboration with Thales in a successful sea test of a 16-channel array sonar. Now the partnership has set their sights on even bigger things.

Back in 2013, with just 30 minutes to pitch their unique liquid crystal technology to Thales, a major defence contractor for the Australian Defence Force, the Zedelef team knew they had to impress. But it wasn’t until the last five minutes of the meeting that they made the CTO and Chief Engineer really sit up and take notice. 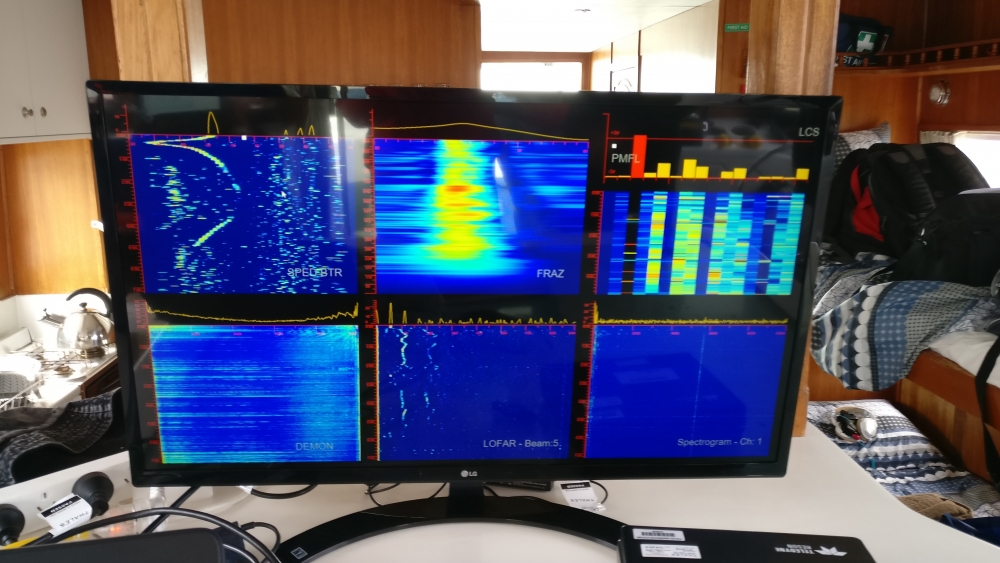 “We offered them a quick demo of the system, which I think took them by surprise because optical technology is notoriously difficult to set up,” says Professor François Ladouceur from UNSW Electrical Engineering and Telecommunications (EET) and CEO and Founder of UNSW start-up Zedelef.

“We showed them how it worked, then one of them asked if it was sensitive to vibration and banged on the table to see if it would disturb it. When it didn’t budge, they said, ‘Wow, that’s really impressive!’ and called more engineers into the room. We were there for the next two hours discussing how our technology might be used in their research and development programs.”

Five years and $1.5 million of development funding later, Zedelef and Thales had combined their know-how to develop and trial a 16-channel array sonar in Macquarie Lake. The success of the trial will now underpin an application to the Defence Innovation Hub (DIN) and lead to productisation for the Australian Navy.

Military vessels are equipped with all sorts of detection equipment, one of which is sonar. Whereas a traditional sonar emits a ping and listens for an echo (which will tell of the presence of another ship, submarine or the bottom of the ocean), a towed array sonar is a net that contains hundreds of microphones (also called hydrophones), that gets pulled behind the vessel and listens to the ocean continuously.

Using this magic trick called multiplexing, which can only be done in the optical domain using light, , our technology can read the output of these hundreds of hydrophones using a single optical cable in a very robust, , simple and cost-effective way.

“The idea behind a towed array sonar is that every hydrophone receives sound signals at a slightly different time. If there is a ship or submarine within a few kilometre radius of your vessel it will not only hear it, but will triangulate its position and pinpoint exactly where it is in relation to you,” explains Ladouceur.

The first towed array sonar was developed in World War I and development has been in fits and starts since then. According to Ladouceur, there are a few problems with a traditional towed array sonar that Zedelef’s technology can mitigate.

Firstly, there is the cost and weight. Towed array sonar can be kilometres long and tens of metres wide. Each of the hundreds of hydrophones have two copper wires connecting it to the vessel which is not only costly, but also incredibly heavy. Another problem is that by the time the tiny signal has travelled from the hydrophone to the ship, it can be noisy and less accurate.

Zedelef’s solution is a transducer that can take a small electrical signal from most types of sensor and passively turn it into an optical signal. Their technology has enabled Thales to replace all these copper wires with a single optical fibre. In one swoop this technology reduces the cost, weight and noise associated with the signal.

“Using this magic trick called multiplexing, which can only be done in the optical domain using light, our technology can read the output of these hundreds of hydrophones using a single optical cable in a robust, simple and cost-effective way,” Ladouceur says.

With the sea trials successfully undertaken, Ladouceur, along with fellow Zedelef founders Dr Zourab Brodzeli and Dr Leonardo Silverstri from EET, will work with Thales and the Department of Defence on formulating an application to the DIN.

Confident that no other solution like this exists in the world at present, Ladouceur says it offers the Australian defence forces a cutting-edge surveillance capability. He says there are multiple other applications too:

“You could use a similar net permanently installed at a port to monitor the traffic of ships; you could use it in what the Navy calls ‘forward deployment’, where they can monitor an area before they send vessels there; or you can create smaller arrays for unmanned marine vehicles,” continues Ladouceur.

“There are all sorts of possibilities and a very big market out there.”