Finalist for the ANZ Women in AI Awards 2021 - Lina Yao

Scientia Associate Professor Lina Yao has been selected as the finalist for the ANZ Women in AI Awards 2021. 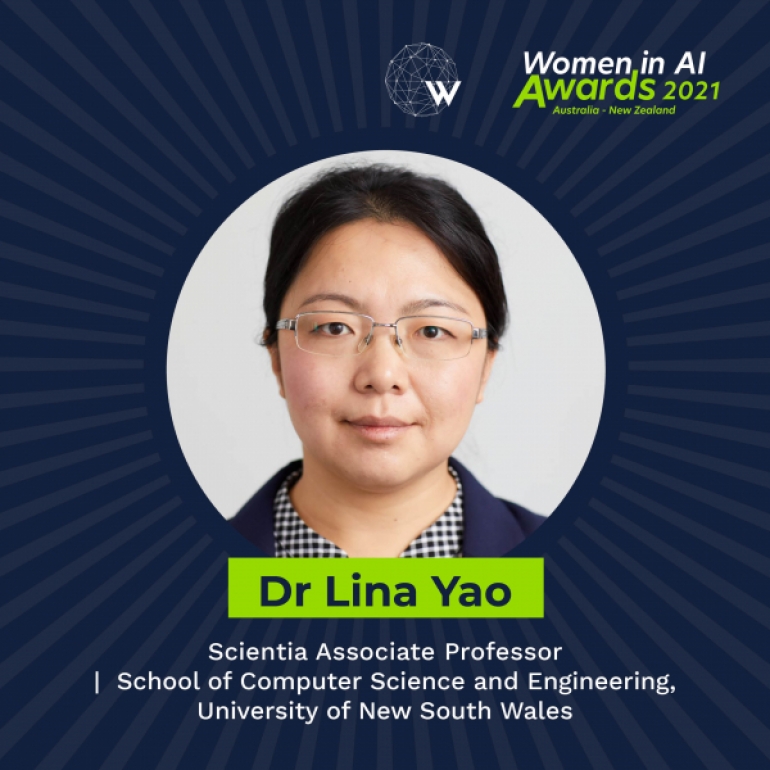 Her research focuses on developing novel theoretically sound and empirically useful machine learning research to better integrate partnerships between humans and AI systems. Her research is motivated by, and contributes to, various applications in Healthcare Informatics, Cyber Security, Transportation, Defence, Industry 4.0 and FinTech.

Scientia Associate Professor Lina Yao is leading collaborative research on enabling cyber defence systems autonomous and to build into them a capacity for resilience with self-awareness. A key set of AI solutions is developed to build a durable self-aware system exhibiting both generalization and adaptation capabilities, to quickly generalize and adapt using only a small number of labelled samples, to deal with rapidly changing environments and new situations.

This year Lina is named as a finalist for ANZ Women in AI Awards in the category of “AI in the Cyber Security”. Women in AI (WAI) is a global network of female experts and professionals in the field of Artificial Intelligence working towards gender-inclusive AI that benefits a global society. The mission is to close the gender gap in the field by educating the next generation of female leaders in AI and to increase female representation and participation in AI.

Commenting on the importance of such initiative as Women in AI, Lina said “Women in AI can increase female representation and participation in AI. Such initiatives can help female scientists to be recognized around the world and encourage them to participate in the mainstream of the AI research.”

Reflecting on this nomination, Professor Aaron Quigley the head of School in Computer Science added, “This nomination is further evidence of the groundbreaking work Lina and her team are leading. In my short time in CSE I’ve been very impressed with the supervisory awards and drive Lina has shown. We wish you well in the finals.”.

Additional information on Women in AI Awards as well as the list of finalists is available here: https://www.womeninai.co/waiawards2021aus-nz.