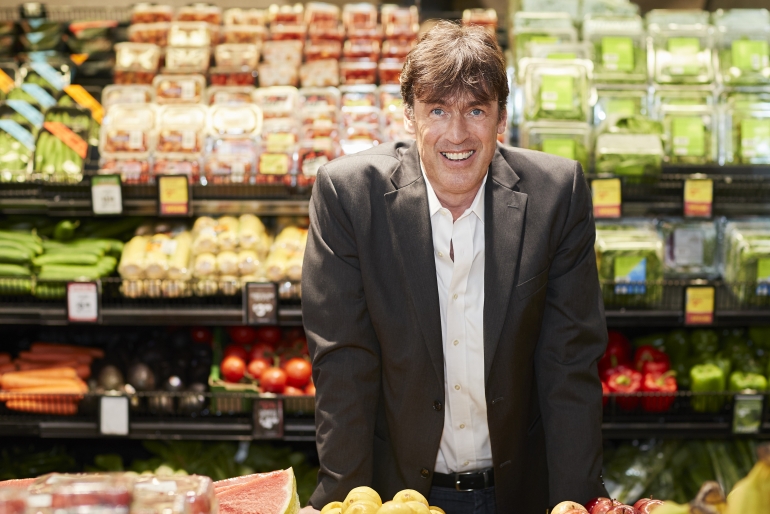 Cellular agriculture is a rapidly growing area of research that aims to greatly modernise and invigorate our traditional agricultural methods, which often exhaust the land and use huge amounts of water. It is cellular agriculture that will enable us one day to eat meat without having to kill an animal

Professor Johannes le Coutre explains his decision to join UNSW and his excitement at working at the interface of medical, health, life science and engineering.

It wasn’t just a love of sailing that attracted nutrition expert Prof. Johannes le Coutre to Sydney, the reputation of UNSW, and particularly the future food sciences focus at the School of Chemical Engineering, was just as great a lure.

“There is a tremendous commitment at UNSW to play a key role in future food systems and production. The atmosphere here is very vibrant and energetic, almost more so than in the U.S. or Europe,” he says.

Originally trained as a biologist, le Coutre obtained his Ph.D. in biophysics at the Max-Planck-Institute in Germany in 1995, then went to UCLA in Los Angeles where he focused on molecular biology and biochemistry, specifically investigating sugar transport proteins.

His next career step coincided with a major discovery. “After five years at UCLA, in the year 2000, I accepted an offer from Nestlé Research Centre in Lausanne in Switzerland to build a team of experts just prior to the publication of the first draft of the human genome sequence,” he explains.

“This data opened many new research avenues and one area where we made several important discoveries concerned taste receptors.”

The molecular physiology of taste was almost completely unknown at this point and very soon le Coutre was a leader in the field. “One of our biggest breakthroughs, and something I’m very proud of, is our involvement in the identification of taste receptors that are not only expressed on the tongue,” he continues.

“We found taste receptors - for sweet, for savoury and also bitter tastes - located throughout the entire gastrointestinal tract; which immediately prompted the question: What are they doing there?”

As the discovery process continued at pace, le Coutre and his team began to realise that the mechanisms that underlie taste and gustation also play a pivotal role in our metabolism and metabolic health. This discovery, along with all the other research being done in the area, hastened the big corporate, research and scientific players to turn their attention to food, nutrition and health, and this focus has continued with gusto for the last 15 years.

Le Coutre has continued to advance the field of nutrition ever since, through his work at institutions in Switzerland, the U.S., London and Japan and by initiating Frontiers in Nutrition – fast becoming the leading journal in the field globally. His research has helped generate various product launches, a huge amount of IP and he has worked closely with industry-leader Nestlé on their Scientific Advisory Board for a number of years.

Human health is central to le Coutre’s research aims and some compelling numbers demonstrate the need for global improvements. “Over 820 million people worldwide are currently suffering from hunger and starvation, while two billion are suffering from malnutrition. Wrong nutrition is also linked to a further 420 million people who have Type 2 Diabetes, and poor nutrition has implications for other conditions, such as obesity and Alzheimer’s disease, too!”, he explains.

Another consideration is population. “Our planet will be home to an estimated 10 billion people by 2050, which means we need to drastically rethink our food systems.”Improving human health and feeding our growing population are also central concerns of UNSW’s new Future Food Systems CRC, which launched in 2019 with a $35M investment from the Commonwealth Government and almost $150M cash and in-kind support from its participants. The aim of the CRC is to ensure Australia becomes a major exporter of high-quality agricultural products while avoiding the negative impacts on the planet and climate. “I plan to work closely with colleagues from the CRC because their mission is so similar to mine,” le Coutre continues.

As the pioneer of a new focus area for Chemical Engineering, how le Coutre fits into the School is an interesting question. “Usually, food, nutrition and health programs are run in medical environments, not Chemical Engineering, but I think a materials science approach can make a valuable contribution,” he contends.

His first steps will be to build-up his research group and to pursue research into cellular agriculture. This means growing food materials, such as vegetables and meat, in the lab at the cellular level.

“Cellular agriculture is a rapidly growing area of research that aims to greatly modernise and invigorate our traditional agricultural methods, which often exhaust the land and use huge amounts of water. It is cellular agriculture that will enable us one day to eat meat without having to kill an animal,” le Coutre continues.

“This is a really hot research field at the interface of medical, health, life science and engineering, and I’m actively looking for people who are interested in exploring this uncharted territory. If you are interested in helping build on Australia’s reputation as a producer of fresh and tasty premium foods, don’t hesitate to get in touch.”