Human-centred design is key to reducing distraction on roads 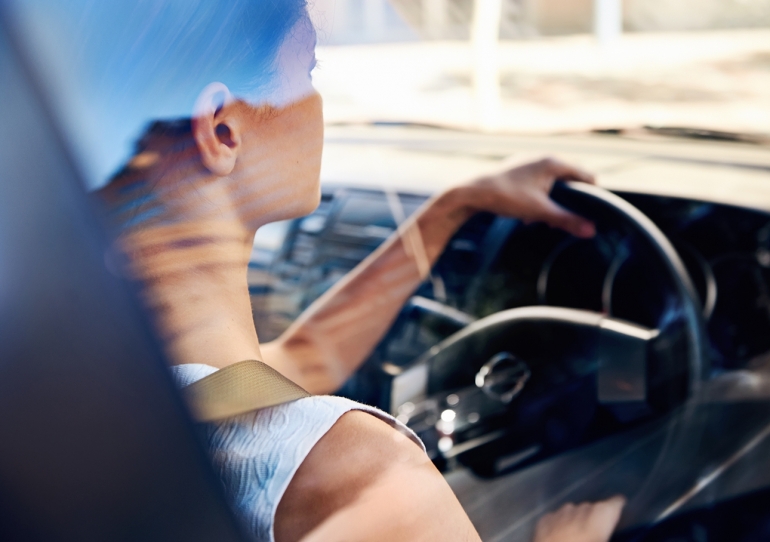 Humans should be at the centre of the design process of any road environment, and that includes the design of road signage, traffic signals and pavement markings. Photo: Shutterstock

Road signs should direct us where to go, where to stop and when to turn.

But when you’re driving, how many signs do you notice or miss completely? If you change the radio station or turn down the air conditioning, how long do you take your eyes off the road to find the button or dial?

Emeritus Professor Michael Regan, from the UNSW School of Civil and Environmental Engineering, is a psychologist specialising in transportation human factors. He says traffic control devices, including destination signs, warning signs and traffic lights, need to be designed from a human-centred perspective to be effective.

“Our road and transport environment is designed to help us to get from point A to point B. However, there is a fine line between what should be capturing our attention to assist us along that journey and what is a risk of being a distraction.

“There are many factors that come into play when designing a transport environment that is safe for all users but it needs to be designed from a human-centred perspective because, ultimately, we’ll be the ones using it.”

The cockpit design of cars has changed drastically over the years with a shift to more interactive features and functions such as touch screen displays and Apple CarPlay. While these are meant to enhance the driving experience, they can often be a distraction for the driver.

“Research has shown that approximately 70 per cent of distractions are within the vehicle,” says Prof. Regan.

“Actions such as selecting radio stations with touchscreen displays, entering destinations into navigation systems or even reaching for something in the glove box while the vehicle is in motion, are all distractions and pose a huge risk to the driver.

“If you take your eyes off the road for two seconds, it’s been shown that you double your risk of a collision. Any longer than two seconds, and the risk of a crash increases exponentially.

“As vehicle cockpits inherit more functionality and become more interactive, we need to ensure the driver’s safety is not compromised.” 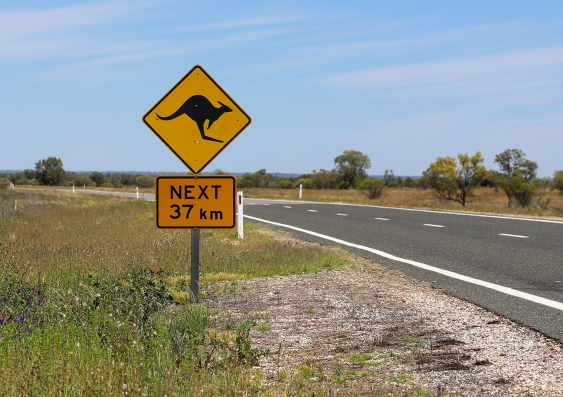 In Australia, drivers understand that a sign with a kangaroo icon means they should drive carefully, and watch out for kangaroos entering the road ahead. Photo: Shutterstock

For any traffic control device to be effective, it should have three key features: it should be conspicuous, legible and the message itself must be comprehensible.

Working in the UNSW Research Centre for Integrated Transport Innovation (rCITI), Prof. Regan says when a traffic light or sign lacks one or more of these characteristics, it can instead become a distraction.

“Some traffic lights or signs aren’t obvious to drivers because they’re hidden behind a tree or there’s something blocking it,” he says.

“This encourages drivers to adopt compensatory visual scanning strategies to try to see them, which takes their eyes off the road for longer than is necessary. To capture the attention of the driver, signs must not have anything obstructing the messaging, so that it is visible to the driver – and the messaging must be crystal clear.

“For example, people generally understand what the different colours on traffic lights mean or that a stop sign, including its shape, indicates the driver needs to come to a complete stop.

“A sign can be confusing when the messaging is unclear or when you’re introducing a new symbol that many drivers aren’t familiar with. This takes away from the original purpose of the sign and becomes more of a distraction as drivers try to understand what the sign is telling them to do.”

He also says signs need to be credible and widely accepted by road users otherwise they will be ignored.

“You look around but there is no roadwork activity or workers around. While it’s technically illegal, people are less likely to obey the 40 kilometres per hours sign because it’s not credible in this context.”

The Australian New Car Assessment Program (ANCAP) gives star ratings for the vehicle’s ability to protect the occupants in the event of a crash. A higher rating is awarded for vehicles with active safety systems, such as autonomous emergency braking, which assist the driver in preventing or minimising the effects of a crash with pedestrians, cyclists or vehicles.

Prof. Regan says a similar system needs to be developed to rate how safe the design of roads are from a human-centred perspective.

“Some drivers may choose to drive on certain roads which are rated safer than others because, among other things, they know they will contain signs and signals that are conspicuous, legible and comprehensible, meaning they are less likely to become confused and distracted.

“It’s very clear that people value safety when it comes to purchasing a new car, but safety shouldn’t stop there, it should include our road system too. These are just a few of the many human-centred issues that would need to be considered in rating our roads.”

In a perfect world, all road and transport environments will be designed from a human-centred perspective to minimise human error and optimise overall safety. But at the end of the day, humans will still be prone to conditions that may degrade driving performance and safety.

“Road users who are cognitively distracted – for example, when talking on their mobile phone about something complex or emotional -  may see a traffic light change colour but not respond to it,” says Prof. Regan.

“That’s what we call intentional blindness, it’s the look-but-fail-to-see phenomenon, and it’s an issue for drivers and pedestrians too.

“Drivers and other road users will continue to be prone to distraction, fatigue and other human conditions. However, there is much that can be done, through good human-centred design, to enhance their safety and prevent crashes.”