Waste rock wrongly classified as harmless and a leaking dam could have devastating impact on the local environment and community near the McArthur River Mine.
Lachlan Gilbert | UNSW Newsroom 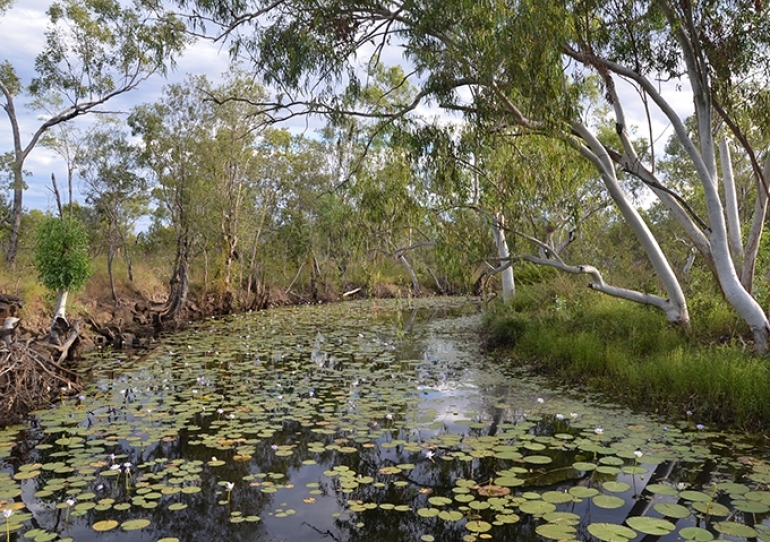 Surprise Creek is part of a river system that could be adversely affected by the operations of nearby McArthur River Mine. Photo: Martin Andersen/UNSW

Up to 22 sacred Indigenous sites and an important river system in the Northern Territory face irreversible cultural and ecological damage if the McArthur River Mine operations continue unabated, a report has found.

And the independent monitoring system set up to protect the environmental and cultural interests of the area is toothless when it comes to effecting change in practices, the report warns.

The report’s authors – UNSW Sydney’s Global Water Institute and the Environmental Centre of the Northern Territory (ECNT) – looked at the publicly available information on water-related issues related to McArthur River Mine’s operations and expansion over the period 2007-2018.

They concluded that short-term problems such as the spontaneous combustion of waste rock that has plagued the site since 2014 paled in comparison to the long-term risks of metallic and acid contamination of the groundwater system and the McArthur River.

Worse, even after such risks were identified by the Independent Monitor, the report identified repeated failures of the mine site operator, Glencore Australia, and the NT mining regulator to act quickly to mitigate the identified risks.

UNSW Engineering’s Associate Professor Fiona Johnson, one of the report’s contributors, says it is especially disheartening that the NT government recently approved a further expansion of the McArthur River Mine, which has been mining zinc, silver and lead since 1995.

“It’s hard to understand why the McArthur River Mine has been given the green light to expand its operations when it is still yet to prove itself capable in dealing with problems arising from its current mining practices,” she says.

Some of these problems identified in the report include: acid build-up in waste rock that was misclassified as harmless; seepage from a tailings dam into groundwater and nearby creeks; and risks to sacred sites.

Waste rock left over from the mining process was disposed by the operator in a large pile. Originally it was assessed by the mine as unlikely to produce metals and acid if mixed with water or air.

However, as early as 2008, the Independent Monitor suggested that the waste rock had been misclassified as benign. It was only when the waste rock began smoking with sulphur dioxide plumes in 2014 that the mine was asked to submit an environmental impact statement, and it took a further six years for the Mining Regulator to approve the mining operator’s proposal to fix the problem in December 2020.

A/Prof. Johnson says a misclassification of waste rock as benign is no small matter.

“Rock that can cause acid to form needs to be stored differently than benign rock,” she says.

“Because this waste rock was misclassified, it meant that acid could have caused harm to the surrounding environment even though the Independent Monitor raised concerns very early on.

“It took far too long for the Independent Monitor’s concerns to be addressed by the mine, and the longer this rock was exposed to air and water, the more acid – in this case sulphuric acid – and metals could have entered the surrounding environment.” 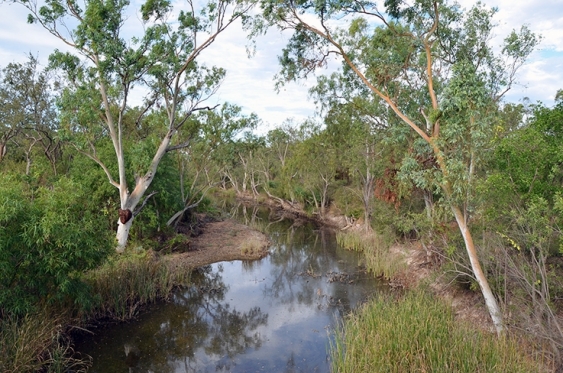 A leak from the tailings dam at McArthur River Mine has affected nearby Surprise Creek. Where its flows were once reliant on seasonal change, it now flows all year. Photo: Martin Andersen/UNSW

How these contaminants enter the environment is the second key problem identified in the report – water seepage from the ‘tailings storage facility’ into groundwater and nearby Surprise Creek. This also has implications for nearby Barney Creek, and the McArthur River downstream.

A/Prof. Johnson says although the mine operator has attempted to stop the leakage through installation of barriers and seepage recovery bores, seepage from the tailings dam continues to be an issue.

“The water seepage has even affected the flow of Surprise Creek, which now flows all year – it only used to flow for part of the year,” A/Prof. Johnson says.

“The problem is that the mine operator has assumed that the seepage has a neutral pH. But if water becomes more acidic, it will be able to carry toxic metals into the groundwater and river systems and poses risks to the river ecology and Indigenous communities downstream who depend on it.”

These communities are also faced with mining impacts to sacred sites, the report says. There are 11 registered sacred sites, meaning they have been documented and evaluated by the Aboriginal Areas Protection Authority (AAPA). But the report also notes an additional 11 sacred sites not included in the registered list that are inside or close to the McArthur River Mine.

Of the 11 registered sites, four are water related and two are trees. But as the report notes, “only the impacts to a single water-related site, Djirrinmini waterhole, have been considered during the environmental impact statement (EIS) process”.

A/Prof. Johnson and her fellow authors think this is unacceptable.

“Leaving aside the fact that there are 11 unlisted sacred sites, it doesn’t make sense to only assess impacts to one sacred site in the EIS when you are aware of 10 others that have been registered,” A/Prof. Johnson says.

“And even then, the mine has not carried out enough baseline monitoring of the Djirrrinmini waterhole – which is believed to be a breeding site for freshwater sawfish – through the wet and the dry seasons.

“So they don’t have enough information available to be able to make accurate predictions about how the mine’s activities can affect this waterhole.”

All up, the report authors point to the extended delays between the Independent Monitor reporting of issues and the mine taking actions to address them, as exacerbating the problems.

They say that there are year-long gaps between one report and the next, and then further delays as the mine considers its response to the issues raised. That the last two years of reporting have still not been released is a case in point.

“Looking at the example of the misclassified waste rock, that lag of 12 years between the problem being identified and the proposed solution being approved shows that the Independent Monitor does not have sufficient power to improve the environmental outcomes at the mine quickly enough,” A/Prof. Johnson says.

“This pattern of delayed reporting and delayed response needs to be overhauled.”

The report says in addition to expediting the monitoring process, much more should be done to ensure ongoing and meaningful engagement with communities in Borroloola and surrounding districts in future reporting from the Independent Monitor.

“It is essential that the independent monitoring process be conducted in a timely fashion, in ways that are informed by a more systematic engagement with community concerns and priorities,” the report concludes.

Read the full report: “Monitoring the monitor: a temporal synthesis of the McArthur River Mine Independent Monitor reports”