Pedestrians should get the green light on traffic signal prioritisation

Why the car shouldn’t always be king when it comes to traffic light sequences.
Cecilia Duong | UNSW Newsroom 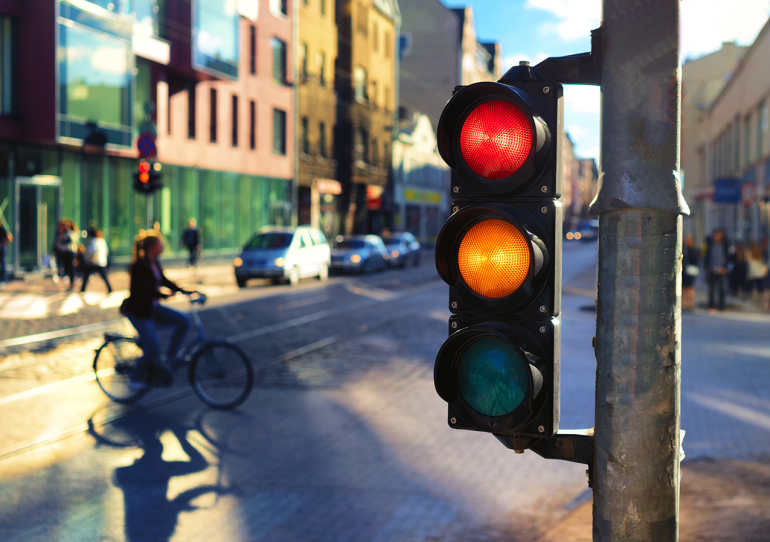 Exisiting traffic lights technologies can help detect the number of vehicles on roads but more research is needed to understand the movements of pedestrians and cyclists. Photo: Shutterstock

Whether you’re driving behind the wheel, cycling on a bike or a pedestrian at a junction waiting to cross, it may feel like traffic lights are never working in your favour.

Transport expert Professor Vinayak Dixit, from UNSW School of Civil and Environment Engineering, says while traffic signals prioritise pedestrian safety, there is still a lack of understanding about the exact ways pedestrians move around and use junctions with traffic signals.

“If we look at the history of the road network, they were originally built for motor vehicles. Then over time, traffic lights were developed to help vehicles safely navigate the conflicting streams of movements.

“Now, with the rise of groups of people with very different mobility needs, from walking, cycling and even riding scooters, it’s important that traffic lights provide clear priority rules to improve safety for not only cars, but all road users.

“However, in terms of pedestrians, traffic lights do not know exactly how many people are waiting at the crossing once the button has been pushed.”

Professor Dixit says the time allocated for the pedestrians to cross the road is subsequently the same – irrespective of the number of people using the crossing.

“This can be inefficient, and in some cases unsafe, for all users at the intersection waiting to cross,” he says.

“We could get the flow of both pedestrian and vehicular traffic moving quicker if we have the right technologies.

“There is a huge gap that needs to be addressed because people are moving differently.”

Traffic lights can be programmed to signal differently based on the movement of vehicles and people in that intersection. For example, for most roads, signals prioritise streets with more vehicles.

But how do traffic lights sense movement if not all road users travel on wheels?

As Director of the UNSW Research Centre for Integrated Transport Innovation (rCITI), Prof Dixit says there are different technologies, such as sensors and cameras, which help determine when the traffic lights should change.

“You may notice at intersections, there are small cuts on the road – these are called loop detectors. They detect anything metallic such as motor vehicles, motor bikes and buses,” he says.

“The road network can also use cameras to capture and analyse how big queues are at junctions on certain roads. But again, what both these technologies lack is the ability to detect is how pedestrians, or people, are using a particular intersection.”

While some state transport agencies are exploring technologies based on Wi-Fi and Bluetooth to detect human mobility, safeguarding of data should be considered, he says.

“Sensing technologies are effective but if you have to do it, you need to ensure that people’s privacy is protected at the same time.” 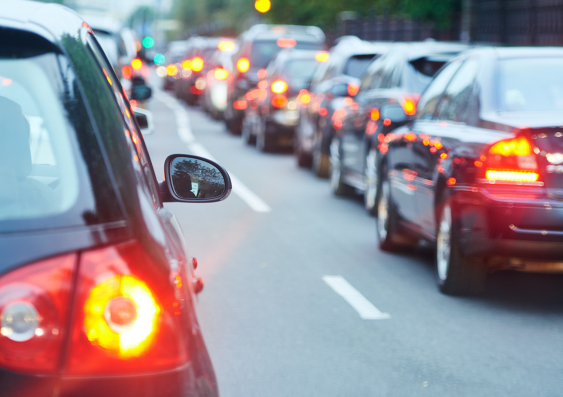 Despite how frustrating it may be whilst sitting in traffic, traffic lights with a longer cycle length actually increase the flow of traffic. Photo: Shutterstock

Why slow traffic lights can save drivers time

Prof. Dixits says that although it can be annoying for drivers, they should sit tight at a red light – because waiting longer at the traffic light will actually get you moving faster.

Signals are programmed to calculate lost time during each traffic light cycle where vehicles are either slowing down or stationary during the amber and red phases. At busy periods, the signals will increase the length of each cycle in order to help improve the flow of traffic.

Prof. Dixit says although drivers feel that shorter cycle times may feel more efficient, it’s quite the opposite.

“A cycle is the time between the moment the traffic light turns green to when it changes back to red.

“Hypothetically, for example, let’s say you lose 10 seconds of traffic time per cycle. So, if you have 10 cycles per hour, you have lost 100 seconds of not being able to move traffic – which adds up quickly,” he says.

“If you have another scenario where you only have four cycles per hour. While the cycle lengths are much longer, you would only be losing 40 seconds of traffic movement within that hour.”

“If you reduce the cycle times, the driver will probably be inching forward more frequently, but the overall delay will increase - it’s a little counterintuitive, actually,” Prof. Dixit says.

“It may feel like it takes a long time for the traffic signal to turn green but there’s a good reason for it.”

What’s on the radar

While a world without traffic signals may sound like an accident waiting to happen, it’s not impossible. And we don’t need to wait for fully autonomous vehicles for it to be a reality.

Towns in the Netherlands have already trialled transport methods which involved removing traffic lights and, in some cases, even road markings.

“Fundamentally, traffic lights are ultimately a dynamic priority assignment – it’s assigning who gets to go where first. As a society, we’ve agreed to adhere to the different coloured lights to tell us when to go, when to stop and when to slow down.

“When you take that way, people need to interact differently to get around. The driving experience may be different, but I believe we can still manifest our own system.

“We may think that it won’t work, but it’s been proven it can.”