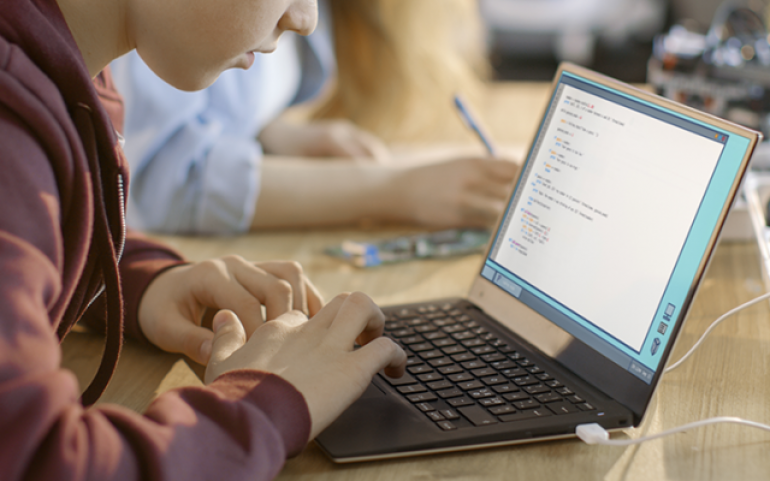 As we enter another week of social distancing – and school holidays – children and young people are spending more time at home and online.

While there are many benefits associated with a lot of online resources, there is also a darker side to the internet.

UNSW Engineering Professor in Cybercrime, Richard Buckland, says children are not immune from cyber-attacks, such as identity theft, and that the biggest problems are social things such as cyberbullying and social isolation.

“Criminals harvest identity data of children because that allows them to set up false identities that don’t get detected for years,” says Prof Buckland.

“Another huge issue is cyberbullying and trying to navigate social groups and cliques online, especially when people behind a computer screen can be a bit crueller than they would be to your face.”

1. Teach them to never give out any of their personal information

Although lying is a terrible thing, Professor Buckland advises to teach your children that if anything or anyone on the internet ever asked for their details, give false information or as little information as possible.

He also warns of the threat of a loss of privacy and suggests children never use their real name when setting up online accounts.

“It’s important that kids don’t release any information about themselves unthinkingly,” he says.

“I encourage my own kids to use a fake name, fake suburb, a fake gender and to never send a real photo of themselves or a photo of their home to anyone online.”

2. Get to know your settings

Yes, but what settings? In general, the default settings that come on a phone or laptop aren’t always the best ones to maximise your kids’ privacy. Most of the time, you will also need to change the setting of each app they have on their mobile device as well.

“Turn off Siri, Bixby or whatever voice assistant you have across all your apps because while it may not be listening to you all time, it can harvest that information anyway,” Prof Buckland suggests.

He also recommends turning on any child lock settings on your devices for very young children.

“Turning off or limiting the location settings on their phone so, for example, it doesn’t record geolocation in their photos is also an important setting to help keep their personal data private,” he says.

Most child development experts agree children should not be unsupervised on social media before they are in high school, Professor Buckland says. However, when they start using social media, work with them to help them learn the right behaviours and attitudes.

He says you can also set up parental controls on children’s devices to help set limits to what apps and websites can be used to reduce temptation. Another way to do that is to block certain sites on your home router, so it doesn’t matter what controls children have on their own devices, the house-wide setting is going to block it.

But be aware that no matter what restrictions you set, your inventive children will probably be able to get around them if they are really determined.

For teenagers the most important thing is to have trusting open lines of communication so they are not afraid to come to you for help when they need it, rather than to set up an adversarial police state at home. 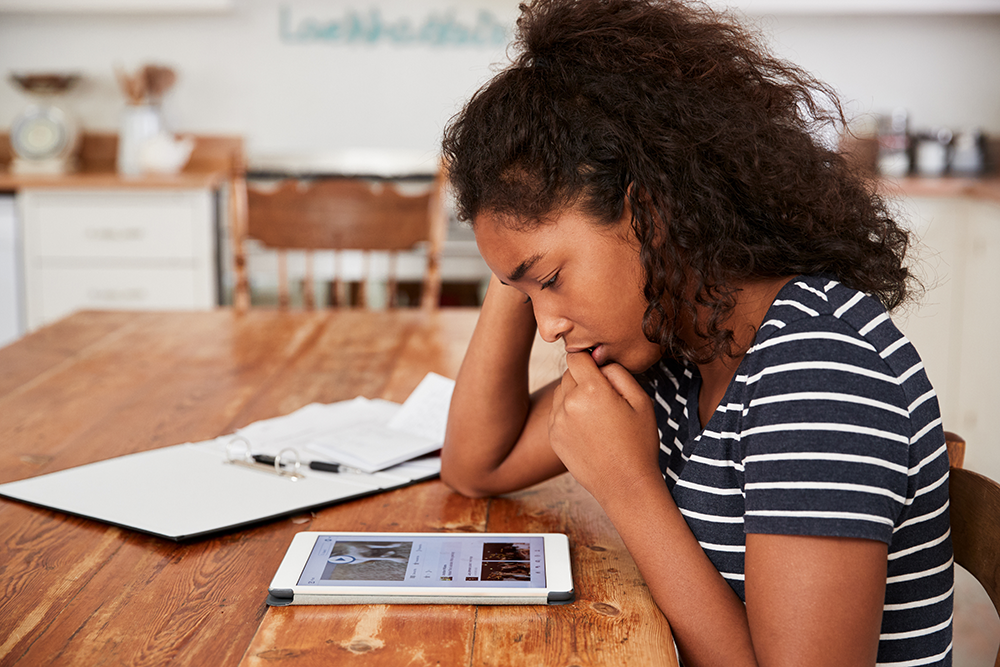 4. Have the device in a visible place

While you cannot monitor your child’s online activities 100 per cent of the time, not allowing phone and laptop use in private rooms behind closed doors is a simple and effective way to help you manage who and how your child interacts with online.

Prof Buckland says this will also allow parents to notice when children need them to step in and to provide support.

“You wouldn’t want your kids to be upset or doing something wrong and not be across it,” he says.

“It’s also important to empower children to set their own responsibilities and limits around their own technology usage and apps like “SelfControl” can help them do this.

“This will help build trust and good habits – and remember to celebrate the small wins as well.

“If your child tries and succeeds to not use Facebook during their homework time, let them know you are proud of them and show support.”

5. Keep the lines of communication open

Professor Buckland says having an open and transparent relationship about tech with your kids is the best way to build trust.

He says while it may seem like a good idea to install ‘snoopware’ on children’s devices to keep track of what they’re doing, especially the older ones, it actually trains and encourages them to get around it.

“This can be particularly relationship-damaging because when there’s a problem online, they may feel guilty that they’ve done it and not want to talk to their parents about it,” he says.

“It undermines the open lines of communication strategy that you want to have about technology.”