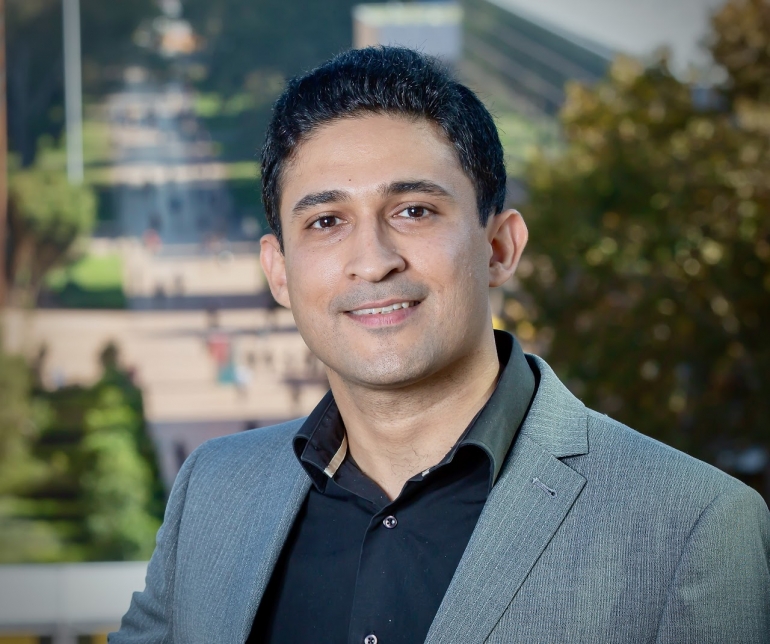 UNSW Engineering Scientia Associate Professor Haris Aziz has been honoured by the Association for the Advancement of Artificial Intelligence (AAAI) for his contribution to Game Theory and AI.

The AAAI has conferred Senior Member status on Associate Professor Aziz, to recognise his significant accomplishments in the field of artificial intelligence.

The award comes after A/Prof. Aziz was named as a research field leader in Game Theory and Decision Science in The Australian’s Research 2020 leaderboard.

And he was also recently listed among the World’s Top 2% Scientists in a study led by Stanford University researchers and published by PLoS Biology.

A/Prof. Aziz’s work is largely based on designing algorithms that facilitate cooperation and help organisations make fairer and better decisions.

That has included research concerning healthcare rationing where resources need to be distributed in a principled manner.

In addition, he has studied the allocation of internships at universities and other organisations that involve funding constraints.

And the UNSW Engineering academic has also collaborated with the US Air Force and the Australian Defence in creating algorithms that help robots cooperate with each other and achieve tasks in a distributed manner.

With artificial intelligence becoming more advanced and being used by more industries in many and various ways, A/Prof. Aziz says the field is becoming increasingly important.

“Many important decisions of our lives are gradually being handed to computers,” he says. “What we try to do is we try to design algorithms that can help make principled decisions.

“For example, in healthcare. If you want to ration the resources in a principal way, that is one of the toughest decisions which doctors have to make. So, we try to lessen the burden for them by automating as much as possible.

“And what we did was we came up with an algorithm which tries to allocate those healthcare resources in a principled manner, and in a way that maximises the use of the resources to people who need them the most.

“The algorithm is fair in different respects; it respects priorities and respects ethical principles.”

A/Prof. Aziz says the use of algorithms in decision-making can ensure that processes are transparent, as well as verifiable.

When rules are encoded in the form of a transparent algorithm, if a decision is later questioned it can make it easier to verify whether the rules were followed– rather than if it was made in an ad hoc manner by a human.

And he believes that while keeping humans in the loop, AI will become increasingly important in helping organisations consider equity and diversity in the process of making fair and principled decisions.

“These kinds of algorithms can be used when you are doing hiring and they can take into account diversity,” he says.

“I have worked on algorithms that traditionally did not take diversity concerns into account and they can then be used in a number of different applications, whether it’s in hiring, or allocating housing, or deciding slots for students at universities.”