Space junk: Houston, we have a problem

Humans have left an absolute mess in space but no one wants to clean it up.
Cecilia Duong | UNSW Newsroom 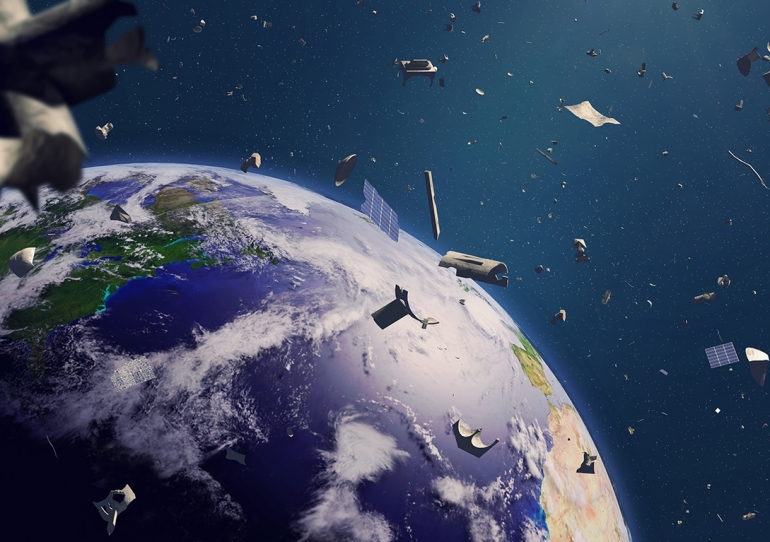 Even the smallest pieces of space debris can cause significant damage to satellites and human astronauts in space. Image: Shutterstock

When we think of space, we think big and empty but when it comes to Earth’s orbit, it’s cluttered with millions of pieces of garbage that we call space junk.

The junk — or space debris — is made up of uncontrollable human-made items that remain in orbit long after they’ve served their original purpose. The scale of debris ranges from the very large including discarded stages from rocket and satellite launches, through to smaller metal pieces such as nuts and bolts, all the way down to particles such as paint flakes.

At its smallest, the space junk may only be one millimetre in size, but there are thousands of pieces bigger than a pizza box causing problems.

Satellite systems expert Dr Joon Wayn Cheong, from UNSW School of Electrical Engineering and Telecommunications, says that as humans launch more objects into space, this debris may increasingly threaten the safety of satellites and human astronauts.

“This is particularly important for the International Space Station, since careful consideration needs to be made about the orbital path of space junk before spacewalk exercises are conducted.

“The biggest issue with these objects is that they cannot be tracked or controlled. If we can control them, we can easily ensure they avoid and manoeuvre around nearby objects.”

However, when space junk collides into other orbiting satellites, or larger pieces of space junk, it can break into smaller bits of debris – further fuelling the problem.

“It’s called the Kessler Syndrome. This phenomenon describes the exponential growth of contamination in our orbits, where debris begets more debris, and sadly, there’s not enough money or resources in the world to clean up all the space junk properly.”

It’s hard to think that objects smaller than the size of a toothpick can cause so much damage but in space, anything is possible.

“The exterior of satellites is often covered in solar panels, which consist of brittle glass. So regardless of how small the debris it collides with, the satellite will be likely damaged, and therefore more debris is created.

“These satellites are vulnerable - they’re not designed to be smashed.” 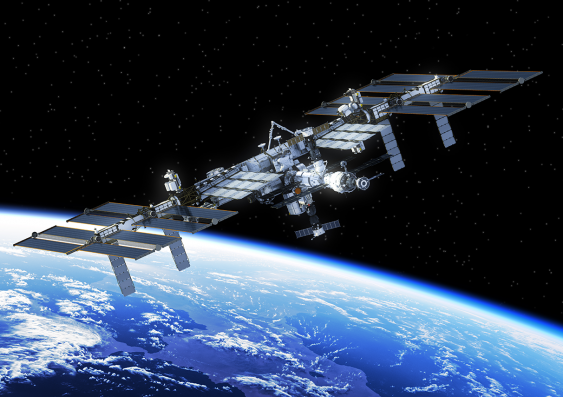 To protect the lives of human astronauts, the International Space Station schedule spacewalks to ensure they avoid space junk in the same orbital path. Image: Shutterstock

Like the property market, orbit real estate is limited and competitive.

One of the more important orbits is the geostationary orbit, referred to as the geosynchronous equatorial orbit (GEO), which is located at an altitude of 35,000 kilometres from the Earth’s surface. It is considered one of the most valuable orbits and is occupied by many telecommunication and broadcast satellites.

“Space junk contaminates the orbits it occupies; it uses up the orbital slot that another functional, more useful satellite could occupy,” says Dr Cheong.

“We’re seeing an increasing trend of space agencies and companies sending many satellites into much higher orbits, primarily the upper Low Earth Orbit (LEO), and in some cases the GEO orbit.

“But they get into a situation where they lose control of these satellites, or they stop functioning completely but still continue to occupy the orbit for 10 to 15 years and there’s no way of retrieving them.”

This creates a problem where non-functional satellites end up occupying prime real estate, he says.

“And as time goes by, their position in space becomes more and more precious because there are fewer orbital paths available to send up new satellites for important purposes such as communications, positioning, earth observation and other technologies.”

He says there are more sustainable ways of undertaking experimental space missions – by putting them in lower orbits where they passively re-enter earth within one to two years with near-zero risk of collision. When satellites reach the end of their life, Dr Cheong says they should either be moved to a graveyard orbit or deorbited back to Earth, to reduce the risk of collision with other satellites.

“Graveyard orbits are at a much higher altitude and do not interfere with common operational orbits,” he says.

“For the satellites that are closer to Earth, you can move them to an even lower orbit and let gravity pull them back down to Earth and they decay faster as they move through the gradually thicker atmosphere beneath it.

“For the satellites that are further away, they should be moved to a graveyard orbit.

“The onus is on the spacecraft operators to ensure they have enough fuel at the end of their mission to make a conscious decision about what to do with the satellite – just don’t dump it and further pollute our orbits.”

Out of sight, out of mind

Dr Cheong says there should be an international effort to clean up the junk in space.

“One of the problems with space junk is the lack of accountability. It is difficult for these agencies and companies to admit their satellite has failed – which makes collision with debris inescapable’, says Dr Cheong.

“As for tiny undetectable debris, if we don’t know it’s up there, we can’t account for it in future space missions. This increases the chances of future collision.”