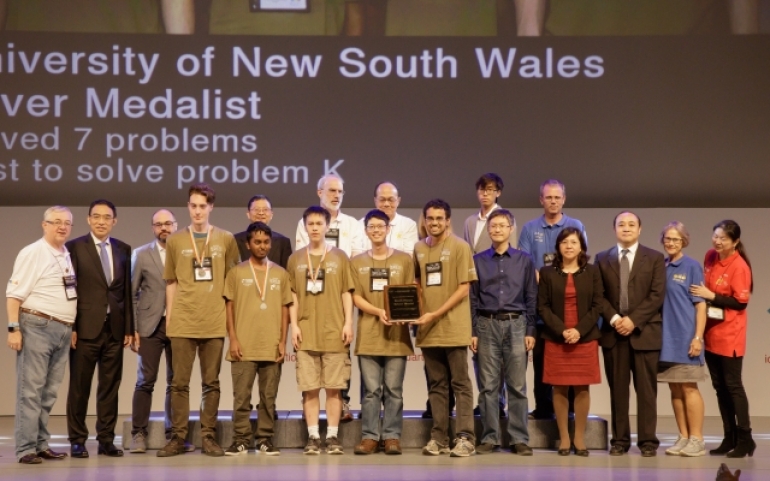 A team of three UNSW Engineering students have come sixth in the world in the most prestigious computer programming competition for universities, defeating 134 other teams from around the globe to take out a silver medal in Beijing.

More than 300,000 students in computing disciplines worldwide entered the Association for Computing Machinery International Collegiate Programming Contest, with 140 teams selected for the world finals held this week at Peking University. 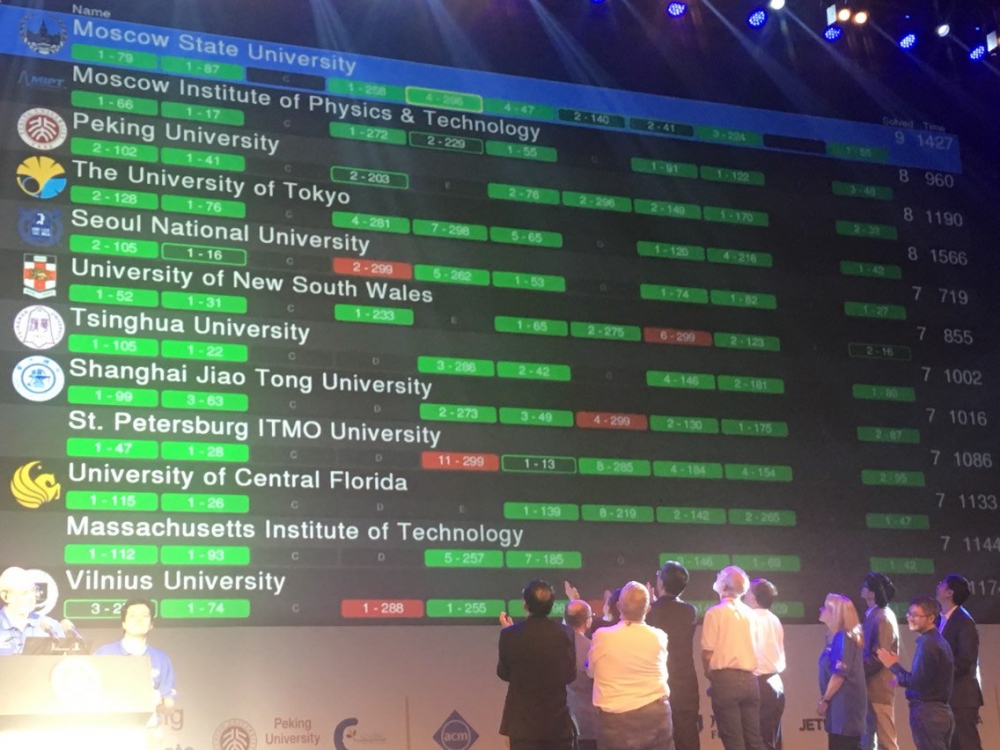 In the competition, teams of three students tackle eight or more complex, real-world problems. The students are given a problem statement and must create a solution within a looming five-hour time limit. The team that solves the most problems in the fewest attempts in the least cumulative time is declared the winner.

Teams from the Moscow Institute of Physics and Technology, Peking University and The University of Tokyo came second, third and fourth, and were recognized with gold medals. Seoul National University came fifth, followed by UNSW in sixth place.

“This is a truly outstanding achievement for UNSW,” said Professor Maurice Pagnucco, Head of the UNSW School of Computer Science and Engineering.

At the competition, Associate Professor Aleksandar Ignjatovic was honoured with the 2018 ICPC Foundation Coach Award by the Association for Computing Machinery for having brought five teams to the world champions so far.

"Coaching our ICPC teams is by far the most enjoyable part of my job as an academic at the UNSW," says Associate Professor Aleksandar Ignjatovic. "I believe I get much more from my students than what they get from me; after each interaction with them I feel rejuvenated and motivated to do a good job as a teacher. Their enthusiasm for problem solving is pure and infectious; every moment with them is refreshing and enchanting. I feel privileged to be their coach, and even after they graduate I stay in touch with them and enjoy their successes as the best computer scientists at top companies and universities."

The global competition is conceived, operated and shepherded by Association for Computing Machinery, sponsored by Founder Group and JetBrains, and headquartered at Baylor University.

For more than four decades, the competition has raised the aspirations and performance of generations of the world’s problem solvers in computing sciences and engineering.

ACM, the Association for Computing Machinery, is the world's largest educational and scientific computing society, uniting educators, researchers and professionals to inspire dialogue, share resources and address the field's challenges.