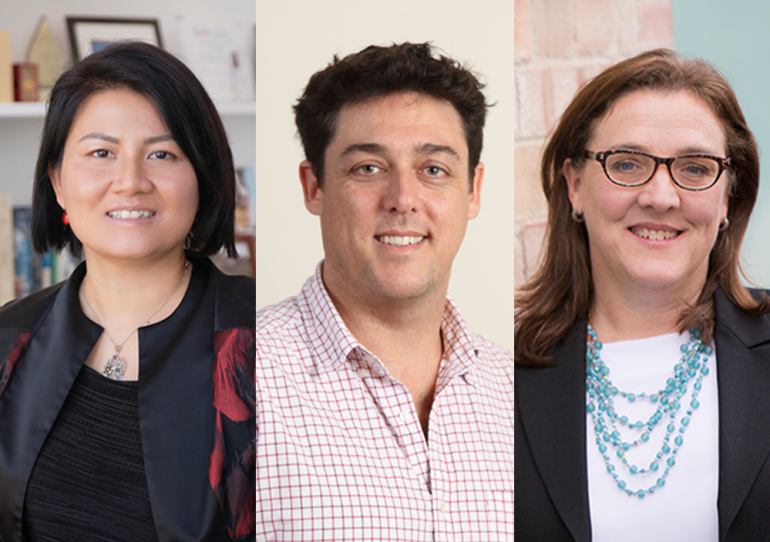 Professors Renate Egan, Stuart Khan and Cordelia Selomulya are among 25 leading Australian scientists and engineers announced as the 2020 Australian Academy of Technology and Engineering (ATSE) Fellows. They were welcomed into the Academy during an online ceremony last night

“ATSE Fellows are elected by their peers for outstanding contributions to advancing engineering, technology and applied science: these are the best of the best,” Professor Bradlow said.

Prof. Renate Egan from the School of Photovoltaics and Renewable Energy Engineering has been recognised for making an exceptional impact on the engineering, science and business of photovoltaics for more than 25 years. She is acknowledged nationally and internationally as a thought leader in her field, and she holds senior leadership positions with companies and international agencies. An innovator, entrepreneur and academic, Prof. Egan is co-founder of a successful Australian start-up, an in-demand speaker and an influential member of expert panels.

Prof. Stuart Khan from the School of Civil and Environmental Engineering has been elected for his pioneering, sustained contributions to the field of water management. As an outstanding research leader and prominent public advocate for urban water quality and management, his work has had extensive influence on water policy and industry adoption, both in Australia and internationally.

Prof. Cordelia Selomulya from the School of Chemical Engineering has been honoured for work as an exceptional researcher, innovator and mentor who has made outstanding contributions to the field of food and dairy technology, both nationally and internationally. Her leadership in, and influence on, the dairy industry in particular is evidenced by senior appointments, influential roles, prestigious awards and extensive research translation.