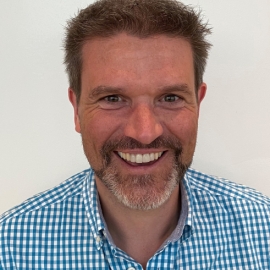 Professor Aaron Quigley is the Head of School for UNSW’s School of Computer Science and Engineering in Sydney Australia and a general co-chair for the ACM CHI Conference on Human Factors in Computing Systems in 2021. He is an ACM distinguished member and his research interests include discreet computing, global HCI, pervasive and ubiquitous computing and information visualisation on which he has delivered over 50 invited talks and he is an ACM Distinguished Speaker. He currently supervises four PhD students, Guilherme Soares Mota Carneiro, Hui-Shyong Yeo, Maheshya Weerasine (co-tutelle) and Iain Carson. His website can be found at aaronquigley.org

He has held academic and industry appointments in Singapore, Australia, Japan, USA, Germany, Ireland and Scotland.

In total Aaron has had chairing roles in thirty international conferences and has served on over ninety conference and workshop program committees.