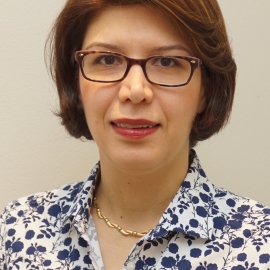 Shaghik Atakaramians is a Scientia Senior Lecturer at the School of Electrical Engineering and Telecommunications at UNSW Sydney.

Shaghik Atakaramians was awarded ARC Discovery Early Career Researcher Award (DECRA) in 2014 on Terahertz metamaterial waveguides. She worked at the Institute of Photonics and Optical Science (IPOS) at the University of Sydney from 2011-2017 as a postdoctoral and research fellow. She also worked for The Centre for Ultrahigh bandwidth Devices for Optical Systems (CUDOS) 2012-2014.

Shaghik Atakaramians carries out and leads interdisciplinary research in the field of Electrical Engineering and Physics. Her current interests are: