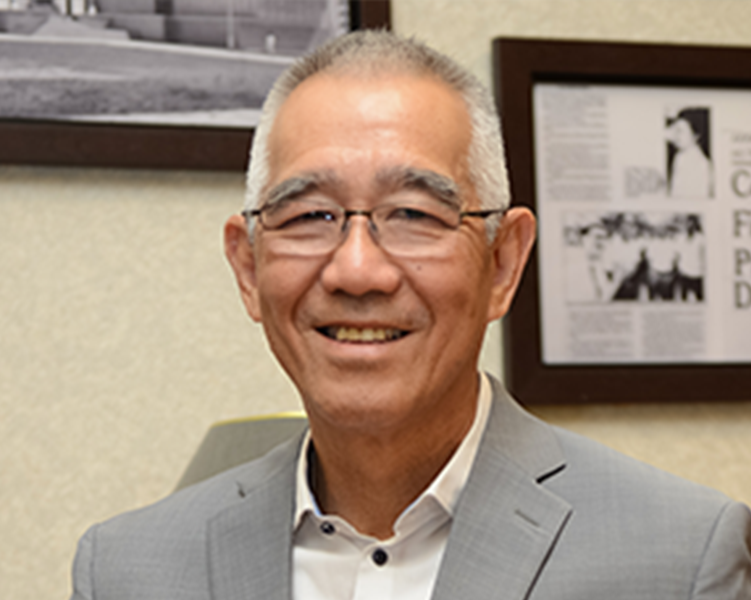 David received his primary education in the North Borneo/ Sabah till 1965. In 1966, at the age of 11, he came to Australia to do his secondary education in St John’s College, Woodlawn, Lismore, NSW till 1971. Then in 1972, he read law at UNSW and also obtained a BCom, majoring in accountancy. From 1978 to 1979, he worked at a public accounting firm in Sydney as a qualified auditor. In 1979 he was admitted as a barrister of the New South Wales Supreme Court. In 1980, he was admitted to the Sabah Bar and he practised as an advocate and solicitor in Sabah until 1992. David then practised as a solicitor in Sydney until 1996 before returning to Sabah in 1997. There, he practised as an advocate and solicitor until 2005.

As the Chief Judge, David continues to ensure that “access to justice” is available to the indigenous peoples in Sabah and Sarawak through what is known as the “Mobile Court” project. The judiciary of the Borneo states have three mobile Court buses where the interior of the bus is converted into a Court and they are used to travel into areas that are not easily accessible by public transport. Under this program, the Judges and legal officers travel into the interiors to spend time with the indigenous people to learn more about their custom and culture. Inquiries are also conducted to ensure that indigenous people obtain a valid birth certificate to enable them to enjoy the same rights and privileges as their urban brothers and sisters.

David still commutes between Kuala Lumpur and Sydney and attended the 40th anniversary celebration of the UNSW Law school in 2018. He is an avid sports fan and continues to follow his favourite football team – St George and the NSW team during the interstate weeks.

I have no doubt that my legal foundation derived from UNSW Law and its lecturers played and continues to play a substantial and crucial part in my career. At UNSW Law, we were always challenged as to how the law could or should be to meet the end of justice. I find that approach very helpful in my judicial career.