For UNSW alumnus and Winter Olympian Scott Kneller, work and passion have come together in one incredible project. 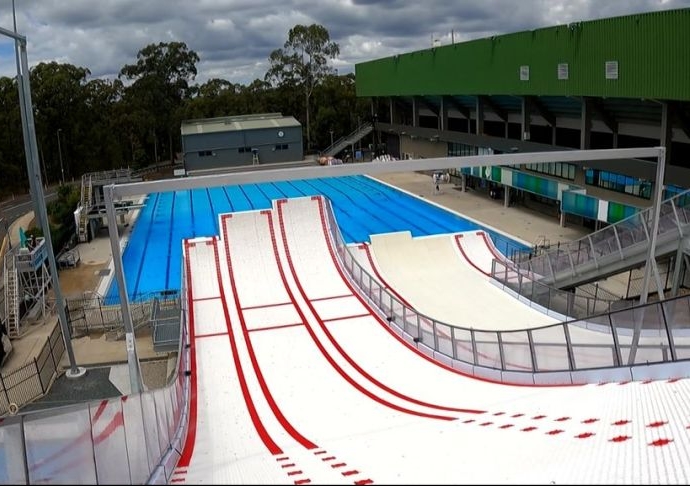 After Scott Kneller retired from competitive skiing in 2014, he wasn’t sure where his journey would take him next.

On track to finish his double degree in Commerce and Engineering at UNSW the next year, a chance meeting delivered the perfect career path to him.

“I was in Thredbo for the weekend and attending a charity event when I met a guy named Derek Nix who was the founding director of a project management consulting firm,” Kneller said.

The two began work on a project to deliver a year-round training facility for aerial skiers – the first of its kind in Australia.

“Derek had been involved with the water ramp facility through several iterations and various locations so when it finally found a home in Brisbane, Derek and I were brought on board by the Olympic Winter Institute of Australia to project manage the facility from essentially a blank piece of paper through to completion,” he said. 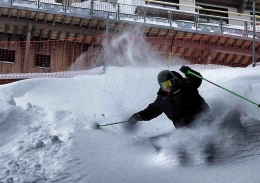 As a former Winter Olympian himself, Kneller is incredibly proud of the work he has put into this project.

“Sport was and always will be my passion, and since my retirement I have stayed involved in sport in various roles, so it has been really special to be able to deliver this incredible piece of sporting infrastructure,” he said.

“This facility has been a long time in the making so I feel very grateful to have been able to deliver the facility for my Olympic teammates who are still competing and then for future generations to have such an incredible facility on home soil.”

While the project was an immense one, Kneller gained plenty of experience in balancing multiple priorities while attending UNSW as part of the Elite Athlete Program.

“Balancing sport and study was challenging,” he said.

“It takes a lot of discipline and motivation and I have taken those skills with me into the 'real world'.”

“The other element is being able to compartmentalise my life – when I was skiing and studying it was important that I compartmentalised my day so I was wholly dedicated to the task in front of me.

“I have developed that skill over time whether it be managing different projects or managing a work life balance.

“I have always found it super important to stay focused on the task at hand.”

Although it was a challenging project to work on, Kneller found it hugely rewarding and is looking forward to watching generations of athletes excel on the world stage as a result of the new facility.

“This is a bespoke world class facility and as you can imagine you cannot apply a cookie cutter approach,” he said.

“We ran a series of user group workshops to understand what both athletes and coaches needed from a high-performance perspective.

“We turned this information into a brief, then into a design and through to construction.

“For me, I'm most proud of how we captured the requirements of the users and how we nailed all the little elements that make this the best facility in the world.”