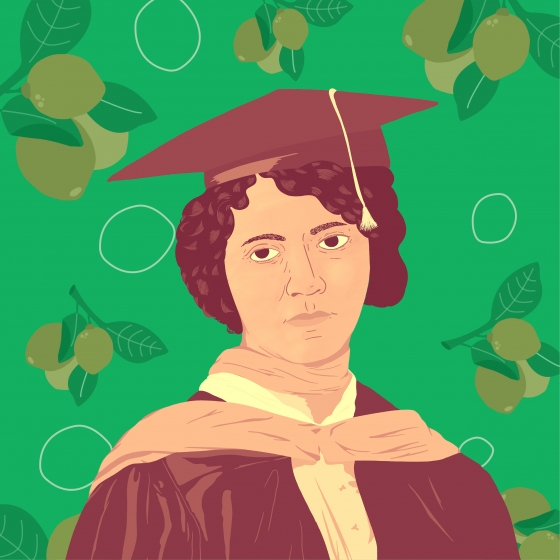 The woman who developed the first effective treatment for leprosy.

Alice Ball was born on 24 July 1892 in Seattle, Washington, to James and Laura Ball.1 Her father was a lawyer and newspaper editor, and her mother and grandfather were respected photographers.1 Ball excelled in school, earning excellent grades and graduating from Seattle High School in 1910.2 She pursued her passion for science at the University of Washington, graduating with a Bachelor of Pharmaceutical Chemistry in 1912 and a Bachelor of Pharmacy in 1914.2 In the same year, she co-published a paper titled ‘Benzoylations in Ether Solution’ in the Journal of the American Chemical Society.3

Being published in a respected academic journal was an exceptional accomplishment due to the gender and racial discrimination of the time, and Ball continued to break through these barriers. She became the first woman and African American to graduate with a Master of Chemistry at the University of Hawaii (UH) in 1915 and became the first African American female chemistry instructor.4

Alice Ball developed the first effective treatment for Hansen’s disease (leprosy).4 At the time, leprosy was a terrifying disease with no cure and no effective treatment. The existing experiments using chaulmoogra oil yielded inconsistent results with adverse side effects such as blisters and vomiting.1 Ball developed a simple and affordable technique to isolate the active ingredients in the oil and created an injectable extract without the side effects.5

However, Ball did not live to see her discovery recognised. She suffered injuries after inhaling chlorine gas during a class demonstration and died on 31 December 1916 at the age of 24.2 Her research was picked up by her supervisor, Arthur L. Dean, who continued the trials of her treatment.1 After her death in 1920, Dean published a method of extracting the active ingredient in chaulmoogra oil without acknowledging the research by Ball. It was known as the ‘Dean Method’.6 The treatment was so effective at treating leprosy that the lab started receiving requests for injections from all over the world.1

In 1922, Dr Harry T. Hollmann, who had been working with Ball, published a paper crediting her research. He strongly criticised Dean for publishing a technique that not only had no improvement on Ball’s method and was also more expensive and less reliable.5 The chaulmoogra injections remained the standard treatment for leprosy until the introduction of sulfones in the 1940s.7

Despite helping thousands of people through her discovery, Alice Ball was not recognised for over 80 years. On 29 February 2000, the Governor of Hawaii declared it “Alice Ball day” and a plaque in her memory was mounted at the chaulmoogra tree at UH.8 In 2007, UH posthumously awarded her the Regents Medal of Distinction.9 In 2017, she was honoured by UH through the establishment of the “Alice Augusta Ball endowed scholarship”,10 a fund that aims to support underrepresented people in science.