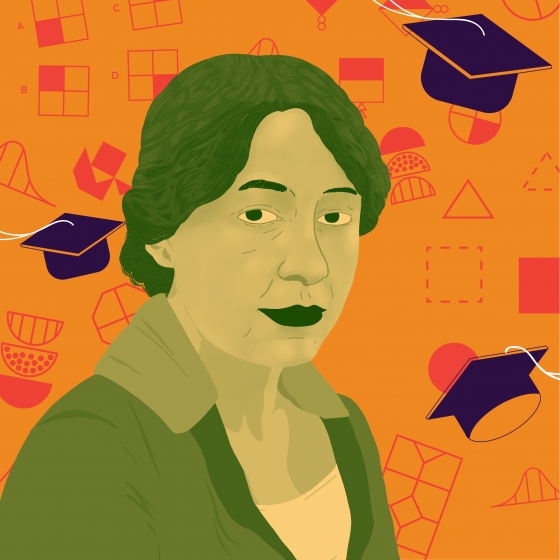 The teacher who saw the abilities of women.

Leta Hollingworth was an important clinical psychologist in the early 20th century. She was born on 25 May 1886 in the small town of Chadron, Nebraska. From a young age, Leta faced many hardships, including losing her mother at age three. Eventually, her father remarried; however, this new household was not a happy one and she sought solace and escape through school. This shaped a lifelong love of education and valuing the importance of education for all. Her commitment to her studies led to her achieving educational excellence in high school, which allowed her to study English and literature at the University of Nebraska.1

Leta’s dream was to become a writer and although she had the talent and tenacity, women were not allowed to publish their work. Having worked so hard to get into university and not one to let an opportunity go to waste, Leta finished her degree and sat for the State Teacher’s Certificate. Unsurprisingly to those who knew her, she excelled as a teacher and even served as an assistant principal for a year. However, not long after, she and her husband relocated to New York for his work, a state which prohibited women, by law, from teaching.2

Unable to work, she once again entered the education system and obtained a master’s degree in teaching followed by a PhD in Clinical Psychology from Columbia University. Her dissertation focused on disproving the psychology concept of ‘Functional Periodicity’, the notion that women are psychologically impaired while menstruating.3 She achieved this through analysis of cognitive testing given to both men and women, repeated for many months. The results of her work conclusively showed that irrespective of which stage of the menstrual cycle they were at, women would consistently perform as well as men.

She went on to directly challenge the broader variability hypothesis, a pervasive theory at the time that posited women had perceived inferior cognitive performance in standardised testing because of male genetic superiority. Based on her research in functional periodicity, which showed equal performance in cognitive testing between the genders, Leta argued the perception of men outperforming women in cognitive testing was a result of social structures: “Men have been influenced by diversified conditions; they have followed the greatest possible range of occupations, and have at the same time procreated unhindered. Women have been limited to one set of activities because of the part they play in the perpetuation of the species”.4 Despite the unpopular conclusions of her research, the undeniable scientific rigour of her work and resistance to institutionalised gender inequality saw her appointed a position at Columbia Teacher’s College, where she continued to teach and practice clinical psychology until she passed away at age 53 from abdominal cancer.5

Driven by the constant setbacks she had faced in her life, Leta fought the social paradigms which subjugated women, influenced by her lifelong experiences of gender-based discrimination. Knowing first hand that her long list of academic achievements came second to her gender, Leta’s legacy serves as an early substantial body of work that began dismantling enshrined beliefs on the role of women in society. Through her work Leta allowed the talents of women to be nurtured and thereby allowed women to live up to their potential.