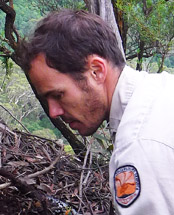 The role of seasonal and fire cues in dormancy and germination of Boronia (Rutaceae): implications for population persistence under a changing climate

This project addresses the potential impacts of fire season and climate change on soil seed bank dynamics and recruitment in fire-prone ecosystems. The type of seed dormancy and germination cues required determine the timing of seedling emergence with important consequences for seedling survival and growth, and for plant community composition. For physiologically dormant species a specific seasonal temperature is the most common primary cue. Seeds in fire-prone regions may require additional fire-related stimuli such as heat shock or smoke to promote significant levels of germination, resulting in a post-fire flush of emergence.

Fire season also has the potential to affect emergence patterns in a significant proportion of the fire-prone flora yet it has received relatively little research attention. Recent evidence suggests that cool-season fires (fires outside the peak summer season) can negatively impact physiologically dormant species by causing significant delays in post-fire emergence which lead to reduced seedling survival, growth and maturation rates. For most species however, the impacts of fire season on recruitment are unknown. Given the increasing number of management fires implemented outside the peak fire season, the projected widening of fire season under forecast climate change scenarios, and the number of species potentially at risk, this is a high priority for future research.

The Rutaceae is an important cosmopolitan family and one of the largest, most significant plant families in the Sydney region, including many rare and threatened species. Using the genus Boronia as a case study, this project is helping to address the current lack of knowledge regarding the ecology of Australian Rutaceae, and of physiologically dormant species from fire-prone regions generally, with an emphasis on the mechanisms controlling dormancy and germination in soil seed banks. It is one of the first Australian studies to investigate seasonal patterns in dormancy and germination responses to multiple interacting cues, and to interpret these patterns in the context of current fire-management practices and threats such as climate change. It will improve our understanding of the processes that drive soil seed bank dynamics and will make a significant contribution to the ongoing management and conservation of a number of the region’s most iconic wildflowers.

Native vegetation of southeast NSW: a revised classification and map for the coast and eastern tablelands. Cunninghamia 11, 359-406. 2010