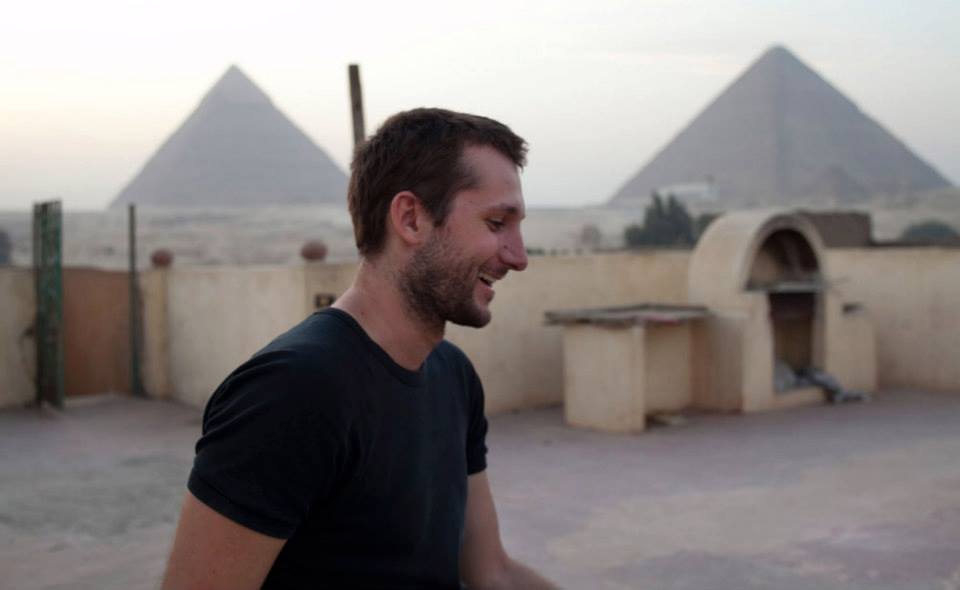 1. What attracted you to studying Arts & Social Sciences at UNSW?

At the time I finished school in the early 2000s, I decided to study at UNSW because the Media and Communications program was incredibly forward-thinking. While Media schools at other universities were teaching programs that still generally revolved around broadcast and print media, UNSW’s program was all about new media and how journalism, communications and creative content would work in a digital world. It was clear this was the way the world would work in the future and UNSW’s program was a no-brainer.

2. Did you always have a clear idea of what you wanted to do after completing your degree?

Yes, but the tricky part was that the jobs I was looking for were only just emerging.

I wanted to work in journalism, but not in the traditional way of being wedded to one medium or broadcast/print platform. I was looking for jobs or opportunities that would allow me to work in journalism that was native to a multimedia, cross-platform or transmedia world. For example, using photography and video together in online and interactive environments to tell stories rather than having them separate on the page and TV screen.

3. How did your time at UNSW help shape who you are today?

Obviously, the digital focus of UNSW’s Media and Communications school at the time gave me skills in the new media, or multimedia world, and this has been a core part of my career. Also, a lot of the people who I went to UNSW with are still some of my closest friends and at various times have been colleagues as well.

4. How did studying Arts & Social Sciences at UNSW help you develop transferable skills?

The forward-thinking nature of UNSW’s Media school while I was there in the 2000s helped me develop skills for a digital media world, but also gave me a great understanding of how the world was changing as we moved from broadcast and print to a world where everything is online. Especially in the fast-changing media industry of the last ten years, that understanding has been invaluable.

5. How did studying Arts & Social Sciences at UNSW help form your view on the world and the contemporary issues we face today?

While I was at UNSW’s Arts and Social Sciences, I also did a lot of subjects in history, politics, international relations and languages. This has been a huge part of my working career, particularly as I have spent many of my years as a professional journalist covering the Middle East and Asia.

6. How did UNSW Arts & Social Sciences help prepare you for the workforce throughout your degree?

The UNSW Media and Communications program’s focus on new media and digital media production helped me prepare for an industry that was rapidly moving from old, broadcast and print media, to new, digital and interactive media. Further, many of the program’s lecturers and tutors were working media professionals – journalists, film makers or developers – and learning from them during the degree gave me major insights into how the industry worked.

7. How did you get your foot in the door as a graduate, following the completion of your degree?

Media, and especially journalism, is a very competitive industry. And even when I got into it more than 10 years ago, the opportunities for young journalists at the start of their careers were hard to find.

So, I did a number of jobs that allowed me to save money, then I went out and self-funded my multimedia journalism work until I had a portfolio I could present to editors. I then had work that I could show to people when I would hustle for freelance gigs or apply for a job, and show them I was capable of doing the work. I also stayed freelance for many years, only moving into staff positions after most of 10 years in the industry.

8. What advice would you give to someone considering studying Arts at UNSW?

Do it. I had loads of fun. It’s an excellent university and has a great community of students and academics. And it’s just up the road from the beach.

9. What is your most memorable experience from your time at UNSW?

Drinking coffee on the library lawn with friends. Or maybe some of the gigs at the roundhouse.

I now work as a Senior Field Producer for The Project TV program on Network Ten, where we get to cover very interesting stories around Australia and the region, in a very creative way.

The team on the show is really the best team I’ve worked with in the industry, extremely hard workers who put their best in every day. I work on a wide variety of topics and styles of story as well, from investigative pieces to covering breaking news like the summer’s bushfires from the field.