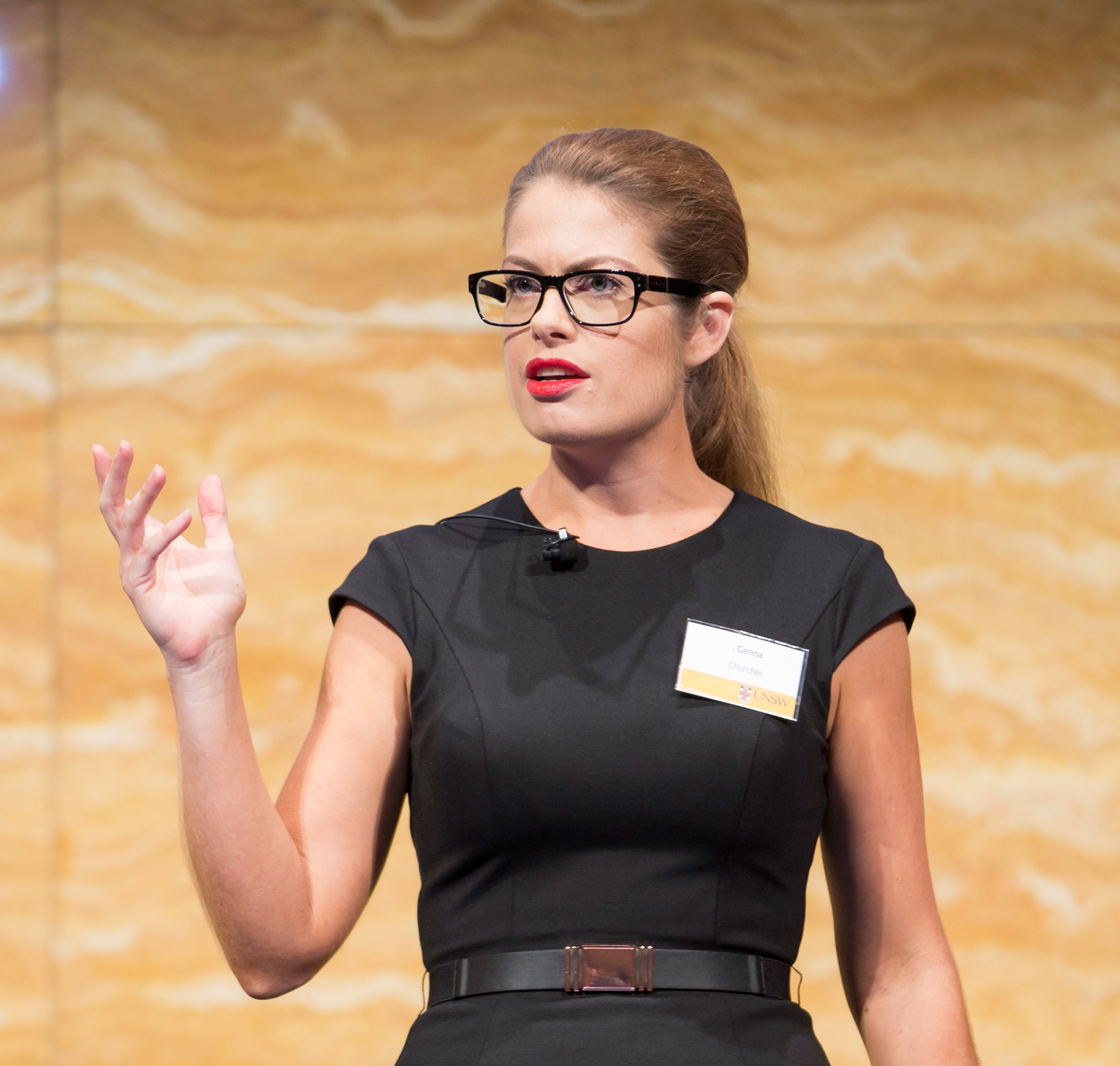 Genna Churches is a PhD candidate at UNSW Law; the title of her thesis is ‘The Evolution of Metadata Regulation in Australia: From Envelopes and Letters to URLs and Web Browsing’.  The focus of her thesis on the access to and retention of telecommunications metadata, questioning if historical parliamentary debates and legislation of analogous technologies, such as the post and the telephone, have informed the balance between privacy protections and other social objectives in current telecommunications legislation.

Having been exposed to computers from a young age, Genna developed a keen interest in technology.  However, it was while completing her Bachelor of Laws at Charles Darwin University, that her passion for technology became intertwined with human rights law, particularly that of the right to privacy. Her honours dissertation on telecommunications metadata, ‘Everybody Knows: Snowden’s NSA Leaks, Metadata and Privacy Implications for Australia’, won the LexisNexis Prize for Outstanding Academic Achievement in Research and, amongst other prizes, she was also the recipient of the William Forster Chambers prize for Outstanding Academic Achievement in Human Rights Law.  She has presented at domestic and international conferences and was a finalist at the inter-faculty 3MT Competition in 2016.

Genna’s thesis focuses on how the laws surrounding metadata access and retention have evolved. This involves a close examination of historical materials such as Hansard, and superseded legislation and regulations to establish how interception laws for analogous technologies like the post and telephone were regulated. From this historical record, three patterns in the evolution of these laws emerge. The thesis then compares these patterns to the evolution of metadata access laws, determining the laws forge a new path, or if historical regulation of the post and telephone informed the development of metadata access and retention. Her research areas include technology, telecommunications law, law enforcement and national security, public law, privacy law, and human rights law. In 2019 she was called before the Parliamentary Joint Committee on Intelligence and Security undertaking the Data Retention Review. The final report cites Genna’s written submissions several times and recommends changes to the regime which would improve privacy.