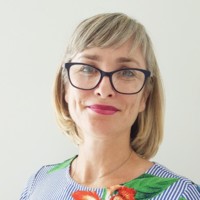 Gretchen is a PhD candidate in the FASS, HAL, in the Environment and Society group, under an Australian government RTP scholarship.

Her research is practice-based and consists of a digital story telling site and podcast series, considering what themes emerge in the stories of people who enact modes of rescue in a milieu of environmental crisis, how these themes give active rescuers courage and how citizen storytelling communicates these matters as part of wide transformations towards more regenerative worlds.

Gretchen is an international award-winning radio/podcast presenter, documentary maker, writer and sound designer, with a passion for environment, community and science communication. Her voice and ‘brand’ is known across Australia through a 20 year career at ABC RN and she has been broadcast on the BBC, in the US and across Europe. She’s known for an ability to translate complex ideas into friendly, accessible content, with a lateral, cross-discipline approach.

Gretchen has been a leader in building stakeholder engagement through citizen storytelling for the national broadcaster, devising and directed complex social media and multiplatform storytelling projects with high profile public, national outcomes. Her work also includes website content, public audio/video production and science communications training. She devised and edited In their branches (March 2015, ABC Books/Harper Collins). She worked across multiple programs at ABC RN (Australia), focusing on long-form documentaries/podcasts but also spent some years on daily and weekly programs with presenters like Philip Adams, Geraldine Doogue and Natasha Mitchell. She has interviewed environmentalists such as David Attenborough and Ove Hough-Gouldberg, and philosophers from Glenn Albrecht to Robert Pogue Harrison. Gretchen’s final project at the ABC in 2017 was presenting and producing The Silent Forest, a four part series on environmental crime and community fight-back in SE Asia, a co-production with the BBC World Service to 40 million listeners. Recent freelance work includes a legacy podcast series for the Australian Prevention Partnership Centre (Sax Institute) on cross-discipline solutions to chronic disease, training environmental academics in podcasting, a podcast on parenting for HCF, and consulting for an arts project at Barangaroo. She is a sessional lecturer in podcasting at the University of Sydney.