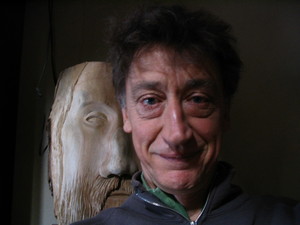 Hobart graduated from City Art Institute in 1979 . After some experiments with different forms of animation received a grant to develop an animation on the History of fashion. This project saw the development of the Animation Co Op in Darlinghurst. Not long after this Hobart and Bruce Currie formed the Even Orchestra. The group was a multi media animation-theatre and we performed and toured nationally  internationally for the next eight years. Throughout this period Hobart produced eight animated films. 'Monkey Business, 'Iced Hopes Of Dr Calastein', 'Bride Of Frankstein', 'Lost Forgotten Object', 'Meal', 'Germ Of An Idea', 'Crust ‘ AFI Award.

In 1982 Hobart started work on a film clip for Sydney band Mental As Anything. The clip was chosen for an exhibition on the art of the music video at the Museum Of Modern Art in New York. Over the next six years Hobart produced six film clips.

1999 Hobart developed an animated web site for Juice magazine. He then went on to develop animated web interface designs for Monument Magazine and the Commonwealth Bank. This work led Hobart to develop in conjunction with the Pain Management Research unit of the Sydney Children’s Hospital and interactive pain management software called Sic Rom 2005.

From 1993 Hobart started developing installation art and looking at way of combining animation with sculpture.

Hobart’s figurative sculpture and has had the following exhibitions

Ruptured By Delight solo shoe of sculpture and installation