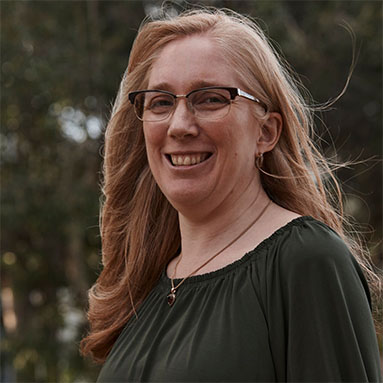 Master of Criminology, University of Sydney

Scientia Associate Professor Kyllie Cripps is  a Palawa woman, in the School of Law, Society & Criminology, in the Faculty of Law & Justice and the Co-Convenor of the Gendered Violence Research Network at UNSW Sydney.

Kyllie is one of Australia’s leading researchers on Indigenous family violence, child abuse and sexual assault. Having worked extensively with Indigenous communities for over 20 years she has led three major ARC grants and an AHURI grant and contributed to the field through empirical studies that have defined violence on Indigenous terms, identified the factors contributing to violence, and examined the access and availability of services to Indigenous peoples in the aftermath of violence. Her work has been critical in identifying gaps and opportunities to create sustainable solutions to support policy and practice change that is responsive to the identified needs of Indigenous communities.

Kyllie’s research and engagement on solutions draw on the strength of her interdisciplinary experience and the value of using an intersectional lens for appreciating the context of violence. In the ‘doing of research’ Kyllie is focussed on creating safe places for community members to talk about topics that are often shrouded in silence. She finds it a great privilege to meet and work with Indigenous communities, to hear their stories, particularly those working at the coal face, providing care and shelter to those in need.

Kyllie’s work has focused on providing communities with resources to support their work, networking with individuals and community organisations and connecting others in similar circumstances in other parts of Australia and the world so as to create a network of care and safety that is empowering for all involved.

Kyllie’s expertise is regularly recognised with invitations to provide advice to state and federal governments, appointments to state and national committees responding to violence and to speak publicly at conferences and gatherings on this issues.  She also routinely provides advice and training to professional groups and Indigenous communities in areas relevant to her expertise.  Kyllie’s work is recognised internationally with invitations to speak and to teach on Indigenous experiences of violence in the United States and Canada.

Kyllie is also committed to mentoring and supporting the next generation of Indigenous and non Indigenous professionals, academics and scholars so that they too may be inspired and motivated by the grounded experiences of working with and for community.