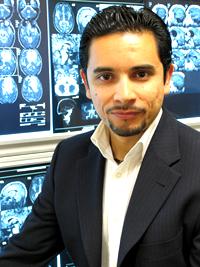 He is a Senior Consultant to the World Health Organization, Co-Founder and Chief Scientist of Skin2Neuron, and Visiting Professor at the School of Psychiatry and Centre for Healthy Brain Ageing, University of New South Wales in Sydney, Australia.

He has a career interest in Cognitive Reserve, contributing mechanistic and epidemiologic insights as well as one of the most widely-used and translated assessment tools (Lifetime of Experiences Questionnaire). He developed the Brain Training System and invented the LOGOS automated memory technology for Maintain Your Brain, the world’s largest dementia prevention trial. Currently, he is pioneering a new field of voice-based biomarkers of dementia risk, and contributes to international health policy including for the WHO Integrated Care for Older People (ICOPE) implementation program.

He is also primary inventor of new technology for the manufacture of neurons from the human hair follicle, and led preclinical studies over a 10-year period that found these cells may be effective for treating neuronal and synaptic loss. On the basis of this intellectual property he co-founded Skin2Neuron, a new Australian biotech company that is taking this concept forward to human clinical trial for the first time in 2023.

Professor Valenzuela has been honoured with several awards, including the Australian Museum’s Eureka Prize for Medicine and a National Health and Medical Research Council of Australia Excellence Award. He is the author of a popular science book (Maintain Your Brain), co-developer of two apps (BrainyApp, Help!App) and published over 100 peer-reviewed scientific papers cited more than 10,000 times.