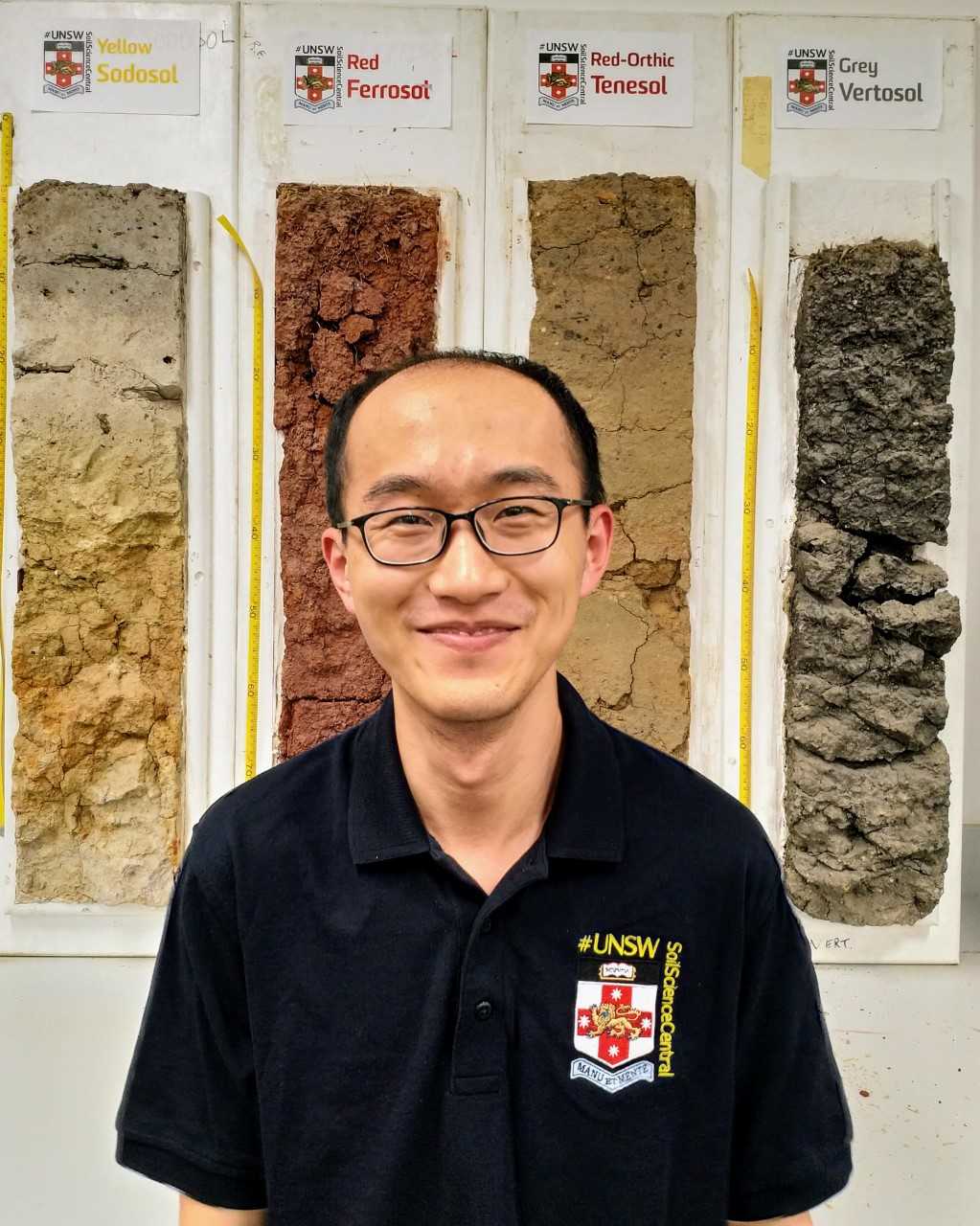 1. I am very lucky to get the chance to be in #UNSWSoilScienceCentral2018 and lots of help from JT.

2. Members in the team are in a strong team-spirit, talking freely and willing to share with each other.

3. As for the professional skills, I learn much knowledge on both geophysics and soil science, which lays the foundation of the research for PhD in the following years.

In the cotton growing areas of NSW issues associated with water use efficiency and storage reservoirs are problematic, because leakage has led to point source salinization in some areas. Information about the areal distribution of clay is therefore necessary to assist farmers to understand where existing water storages may be better relocated. To map clay efficiently, we show how electromagnetic (EM) induction data from a reconnaissance survey of EM38 and EM34 instruments can be used in association with an EM inversion software package called EM4Soil. This is because the collected apparent electrical conductivity (ECa – mS m-1) data can be inverted to estimate the true electrical conductivity (s – mS m-1) and correlated with clay. The first aim was to develop a quasi-two-dimensional (Q-2D) model, which could be used to establish a linear regression (LR) relationship between s and clay collected from 10 soil sample location to a depth of 12 m, along a single transect of EM38 and EM34 ECa data. This was achieved with an LR equation of the form clay=22.12+0.20σ with a good correlation coefficient (R2 = 0.74). The second aim was to use the LR to predict clay using a quasi-3D three-dimensional(Q-3D) model developed from EM38 and EM34 electrical conductivity (ECa) data collected on an approximate 0.5-1 km grid across 50,000 ha. A validation set of clay, collected from 34 soil sample location, indicated a good concordance was achieved (Lin’s = 0.80). We conclude the approach provides useful information on a reconnaissance scale and indicates where more detailed information may be collected to confirm problematic areas. In this regard, suitable structural work for improvements can be suggested. In addition, locations can be identified and where more suitable locations storages can be investigated. To better resolve the areal short scale variation and where the present and prior streams are juxtaposed against the clay alluvial plain, more ECa data should be collected on a finer grid. To improve resolving the depth of clay and the underlying migrational channels, ECa data from an EM31 or a DUALEM-421 instrument could also be collected and used in inversion modelling.