Davos economic summit to discuss inequality and the backlash against globalisation

Some of the world’s most important leaders and financiers have gathered in Davos this week for the World Economic Forum. 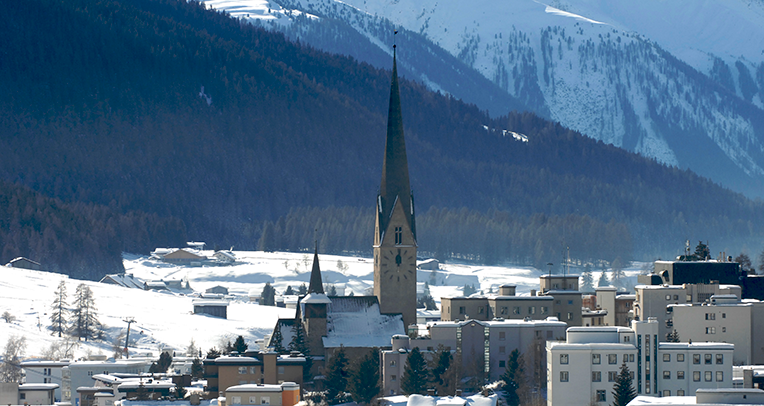 Some of the world’s most important leaders and financiers have gathered in Davos this week for the World Economic Forum. A senior academic from UNSW Business School can put the talks into context, and explain their economic relevance for Australia.

Professor Fariborz Moshirian, Director of the Institute of Global Finance at UNSW Sydney said “among the participants at this year's event are Bill Gates, Chinese President Xi Jinping and Theresa May. This is a major world gathering.”

The 2,500 participants include the heads of all major international organisations and more than half the chief executives of the 1,000 largest companies.

“The major issue is the UK’s vote to leave the European Union, and there is no doubt it will cast a long shadow over the global elite’s annual gathering in the Swiss ski resort,” he says. “There is also the WEF’s global risks report, released last week, which argues that a ‘growing mood of anti-establishment populism’ means market capitalism must now be reformed.”

A big talking point will be the impact of US President-elect Donald Trump on the global economy. He won't be there - but another notable world leader will be making a rare appearance, Xi Jinping.

The possibility of rolling back aspects of the Dodd-Frank Act and making the large American banks to be less regulated have already made the financial market a bit nervous due to potential global financial risk over time, particularly in other continents.

Professor Fariborz Moshirian said “there are some key issues for Davos this year. Is the US recovering ongoing? And is the Chinese slowdown a concern? And we still haven’t properly established a way out of the European debt issues. Ireland may no longer be a basket case, but Greece is still on its knees.”

Much attention is focused on the new Brics Development Bank. “It is an alternative to the World Bank and the IMF launched, and was conceived during a conversation between economists Lord Stern and Joseph Stiglitz in Davos in 2011,” says Professor Moshirian. “However, ti remains to be seen what it can achieve.”

He said that one issue that is now highlighted at Davos is the widening of gap between rich and poor both within the OCED and between developed and developing countries. “It is crucial that this year the World Economic Forum makes a practical difference towards building a stronger global economy, and keeps an eye out to ensure financial globalisation tickles down. The vast number of world leaders who attend Davos helps with building a consensus on these issues.”