Rana Plaza: five years on and Australians still benefit from slavery every day

While slavery may seem a remote concept, we often unwittingly benefit via the clothes we buy, the food we eat and the companies we invest in, writes Justine Nolan. 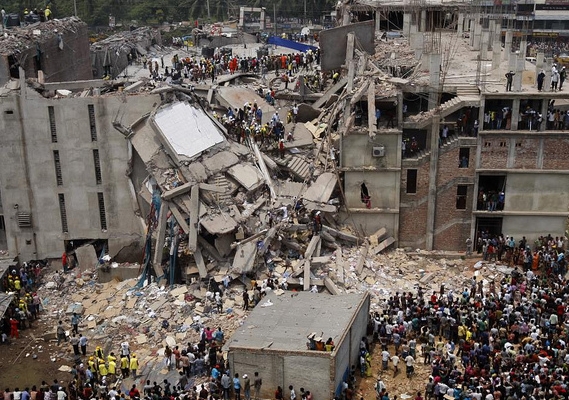 Five years ago today, 1138 people, mostly young women, were killed when the garment factory complex Rana Plaza collapsed in Bangladesh. Some 2500 more were injured, making it one of the deadliest industrial disasters in the world.

The anniversary is a reminder that workers around the world continue to endure harsh working conditions which, in some cases, amount to modern slavery.

While the concept of slavery may seem remote to many Australians, we often unwittingly benefit from modern slavery via the clothes we buy, the food we eat and the companies we invest in.

That T-shirt you reach for might have been a bargain at $10, but the worker who made it may have been earning less than a living wage at a job where she is denied breaks to drink water or go to the bathroom.

The prawns in your dinner may have come from south-east Asia, where workers have been rescued from vessels after being forced to work for little pay in brutal conditions.

Around the world it is estimated that there are more than 24 million people who are modern day slaves, working to produce goods or services for consumers like us.

Slavery is happening in our suburbs

Long after Australia officially abolished slavery, the practice continues here and the Global Slavery Index estimates there are about 4300 people trapped in modern slavery in Australia.

The underpayment of Australian workers employed by companies like 7-11, Dominos and Pizza Hut have all been in the news in just the last few years.

In 2014 a raid on a market garden property in Carabooda, a semi-rural suburb of Perth, found more than 180 workers, mainly from Malaysia, Indonesia and Vietnam, working and living in oppressive conditions.

More recently, ABC's Four Corners revealed domestic workers treated like slaves by diplomats living in Canberra. One man told the program he was made to live in a filthy basement, worked 18 hours a day, and never had a day off work.

To date, most cases of modern slavery in Australia have involved migrants, though citizens and residents may also experience such working conditions.

The ILO estimates that worldwide, profits made annually from forced labour exceed US$150 billion, with most victims in agriculture, manufacturing, mining, construction and domestic work.

So far, attempts to combat modern slavery have been largely unsuccessful as they have relied on companies voluntarily auditing their supply chains.

Calls for corporations to take greater accountability have intensified as awareness spreads among consumers, activists, investors and policy-makers. 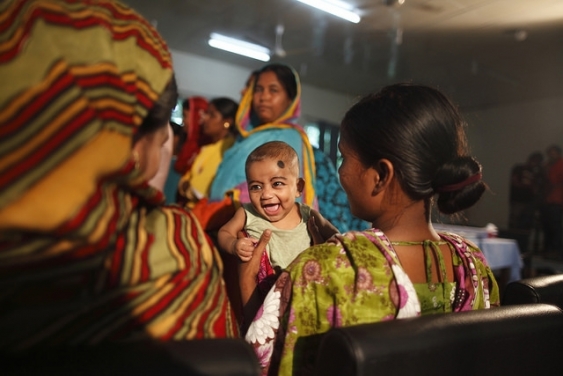 Skills training is one of the rehabilitation approaches being used for the survivors of the Rana Plaza building collapse. Photo: Flickr/ILA in Asia and the Pacific

The United Kingdom and United States have passed laws on modern slavery in recent years, and France and the Netherlands have similar laws in progress. The Australian Government is joining them in proposing laws that will require large companies to publicly detail every year what they are doing to combat modern slavery.

However, simply mandating that companies must report on their supply chains will not solve the problem. Australia's laws must go further than the UK model and not simply be a "tick the box" reporting exercise for companies.

Any company that says no such problems exist is simply not looking hard enough.

How our laws could work

First, the law should include clear guidance for companies on what and how they will report, to produce consistent and comparable reports that we can measure and track over time. The lack of guidance provided to UK companies has been a constant criticism of their law.

Second, the law must require companies to conduct human rights due diligence on their supply chain, similar to how companies conduct environmental impact assessments.

Third, there should be regulatory consequences for failing to report. What we have seen in the UK, is that without an effective mechanism to oblige companies to act, it simply becomes a voluntary scheme.

Finally, such disclosure requirements should apply not only to corporate supply chains but also to other large entities such as governments and universities, whose extensive procurement supply chains are also susceptible to the presence of slavery and other human rights abuses.

A modern slavery disclosure law is exactly what is required for Australian companies to accept that the goods they sell are not produced in a vacuum. A cleverly crafted Australian Modern Slavery Act will improve the lives of many workers.

Justine Nolan is an Associate Professor of Law and Associate Dean at UNSW Sydney and a member of the Australian Human Rights Institute, UNSW. This article originally appeared on ABC Online.