Ancient Rome and its empire had the concept of asylum at its heart. Its legacy provided inspiration for centres of power around the world, but today outsiders are no longer welcome. 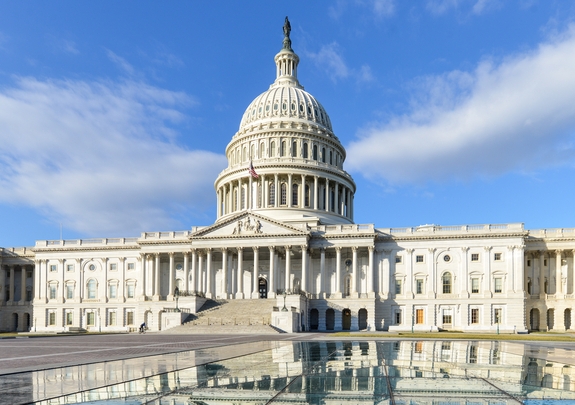 The legacy of Ancient Rome has exerted a powerful influence on town halls and parliamentary buildings around the world, and especially Washington DC’s urban form and identity. With its classically inspired architecture and political system, it is evident that Washington’s founders looked to Rome as a model. However, Washington’s current administration has forgotten Rome’s early history as a site of asylum where refugees were granted protection.

Revisiting the story of Romulus’s Asylum in Livy’s History of Rome and the physical site of this sanctuary on Rome’s Capitoline Hill shows us how the current governments in Rome and Washington have strayed from their civic origins and founding ideals in their attitude towards migrants and refugees.

Livy and the Origins of Rome

Among the many writers about the origins of Rome, the historian Livy is one of the most well known. He devoted his life to writing Ab Urbe Condita Libri (The Early History of Rome), 142 books spanning Rome’s mythic foundation to the ninth century BC. Livy’s version of Rome’s founding includes the famous tale of the abandoned twins Romulus and Remus who were suckled by a she-wolf.

It is in Livy’s work that we read the origins of asylum. After Romulus became Rome’s first king, he established a site called Asylum in a valley between two hills called Arx and Capitolium.

[…] to help fill his big new town he threw open in the ground – now enclosed – between the two copses as you go up the Capitoline hill, a place of asylum for fugitives. Hither fled for refuge all the rag-tag-and-bobtail from the neighbouring peoples: some free, some slaves, and all of them wanting nothing but a fresh start. That mob was the first real addition to the City’s strength, the first step to her future greatness. – Livy, The Early History of Rome.

As the caput mundi (capital of the world), Rome embodied two contradictory ideas: dominion and integration. The Roman Empire may have been established through violence and conquest but it is also described as an open civilisation that accepted and integrated diverse populations. Belief in an open society founded on the concept of asylum eventually led Rome to adopt the Antonine Constitution, which granted citizenship to all free men in the empire.

The decision to offer asylum to free citizens and fugitive slaves alike was partly driven by the desire to increase the city’s population.

But it was still a confident statement about Rome’s belief in its future. It spoke of optimism and a sense of future abundance. Rome’s message was: “Come to Rome and you will thrive.”

The entrance to the asylum was, appropriately, through a gate called Pandania, which means “always open”. 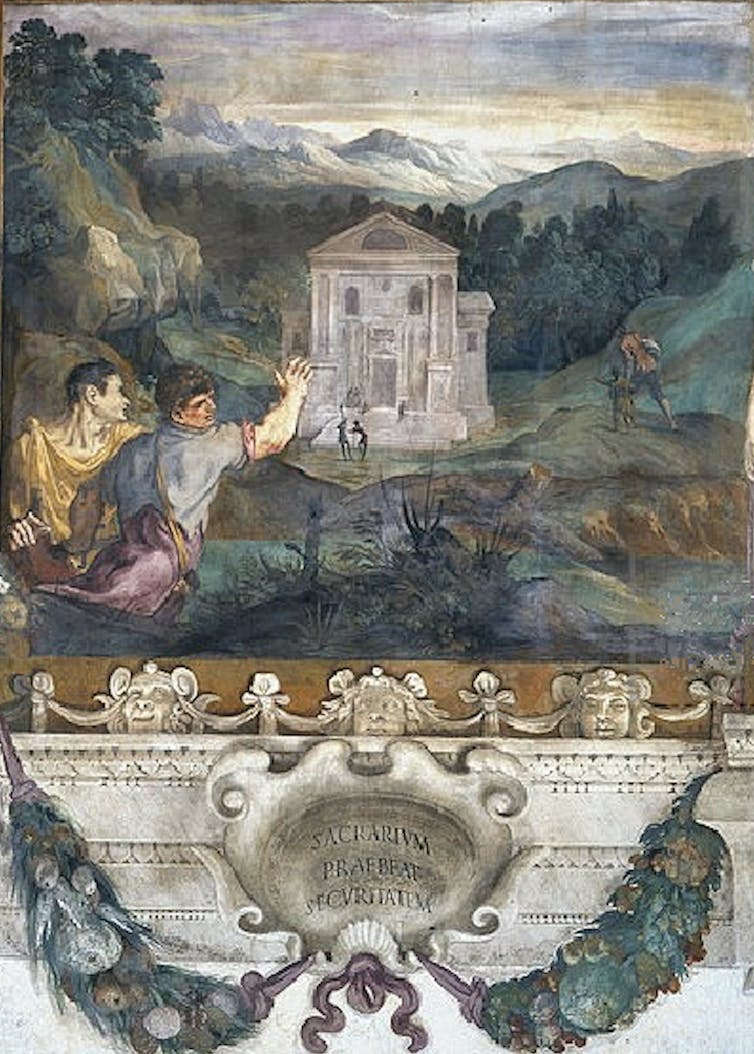 A 16th-century fresco by Carracci at Palazzo Magnani in Bologna portrays refugees seeking asylum at Capitoline Hill. The Latin inscription, Sacrarium praebeat securitatem, translates to ‘The sanctuary shall offer safety.’ Image from Wikimedia

Rome’s attitude of accepting strangers and integrating people from different backgrounds was the secret to its success. Acceptance meant foreigners could become citizens and rise to the highest political office. Examples of non-Latin emperors include Septimius Severus from Libya and Philip the Arab from Syria.

Michelangelo’s Preservation of the Asylum

The site of Romulus’s Asylum is now known as Piazza del Campidoglio on Capitoline Hill. The piazza is well known for its geometric paving and statue of the Emperor Marcus Aurelius. 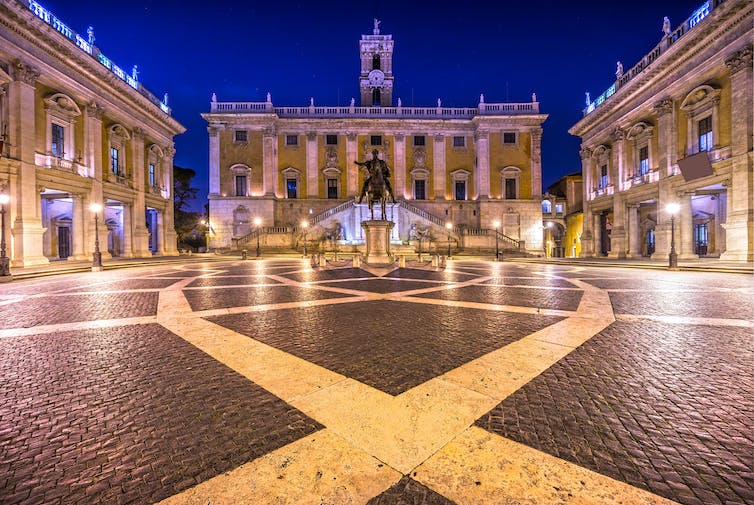 The site of Romulus’s Asylum has been transformed into the Piazza del Campidoglio. Image by Luciano Mortula/Shutterstock

The Capitoline has been renovated and changed many times during the centuries. It owes its present form to Pope Paul III, who in 1538 commissioned Michelangelo to transform the site. 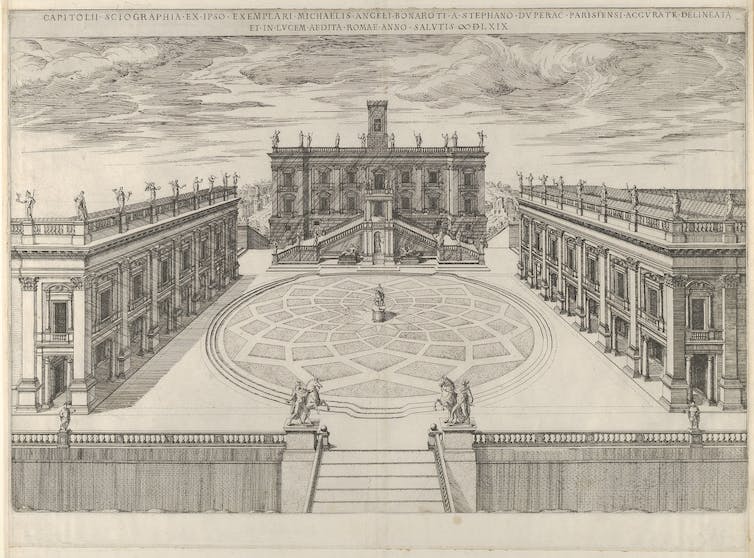 It’s hard to know if Michelangelo had in mind the original function of this place when he redesigned the piazza. Nevertheless, the composition of the three buildings creates an encircling wall that emphasises the void of the open space – the historic site of Asylum.

Visitors reach the piazza by ascending the Scalinata or ramp from the Via del Teatro di Marcello, which is the street below. Encircled by the surrounding buildings, people enjoy staying here and walking within the intimate elliptical space of the outdoor room. Michelangelo’s design, regardless of whether or not he intended it, creates an excellent architectural metaphor for asylum – the piazza is a place where one arrives rather than merely a space that one passes through. 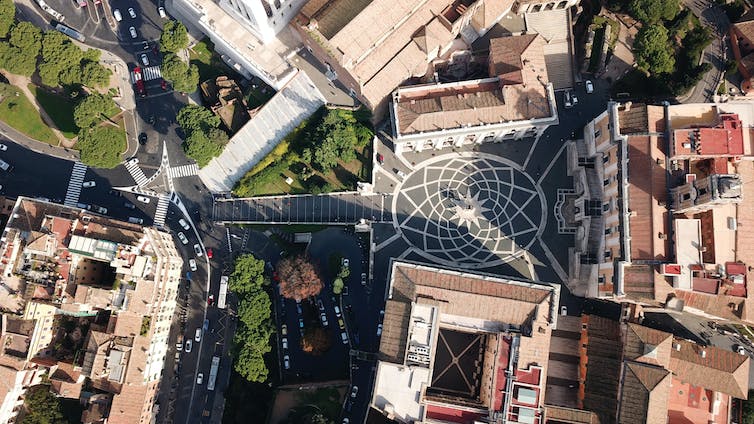 An aerial view of the Piazza del Campidoglio illustrates how the composition of the three buildings emphasises the site of the historical Asylum. Image by Aerial-motion/Shutterstock

Continuing the legacy of Romulus’s Asylum

The Italian euro commemorating the Treaty of Rome features the paving design of the Piazza del Campidoglio and the equestrian statue of Marcus Aurelius. Image by rsooll/Shutterstock

The site of Romulus’s Asylum gained further significance in 1957, when the Treaty of Rome was signed at the Palace of the Conservators on Capitoline Hill. The treaty was signed by a number of European countries and created the European Economic Community, allowing Europe to open its borders. This event is commemorated on the Italian 50-cent euro.

Michelangelo’s Piazza del Campidoglio has become a model for town halls and parliamentary buildings around the world. It is no accident that when Pierre Charles l'Enfant drew up his plans for Washington, he placed the US Congress on Capitol Hill. In doing so, he adopted the layout of Rome’s Capitol as the centre of the city. 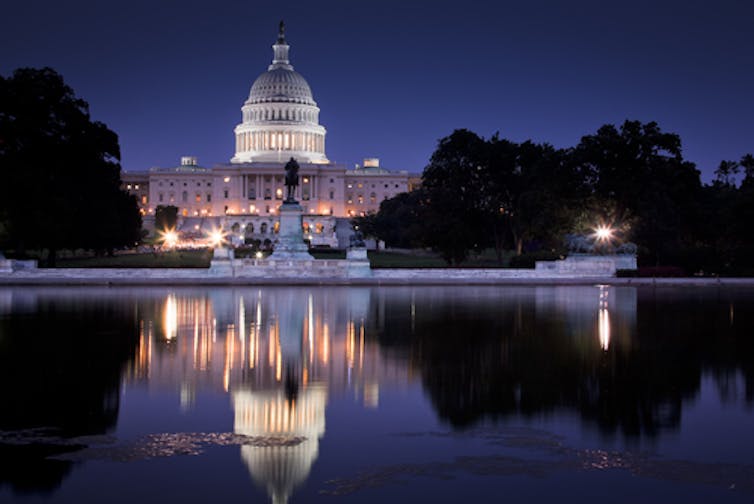 As one of the nation’s most powerful institutions, the US Congress occupies the high ground in Washington DC. Image by Scott Medway/Shutterstock

In the 19th and 20th centuries, the US’s optimism and vision mirrored that of Rome and is echoed in the inscription on the Statue of Liberty:

Give me your tired, your poor, Your huddled masses yearning to breathe free, The wretched refuse of your teeming shore. Send these, the homeless, tempest-tossed to me, I lift my lamp beside the golden door!

In contrast, recent political leadership in the US has been dominated by fear of the future. Growing inequality in the West along with job insecurity, wage stagnation, low growth and disruptive technology have fuelled this fear. The response has been a vision of a “walled city”: let’s make America great again by building a wall.

In doing so, Donald Trump’s Washington and even Matteo Salvini’s Rome have departed significantly from the Roman legacy they have inherited. The fear of neighbouring people, like those from Livy’s History, has grown so intense that Washington’s aspiration for future greatness is geared towards protectionism and insulation. This approach is far from Ancient Rome’s optimism and openness.

Romulus’s Asylum as a synonym of an open political institution has certainly fallen into oblivion, as has the understanding of what makes a citizen. But these are not anachronistic themes; they are as relevant today as they were more than 2,500 years ago.