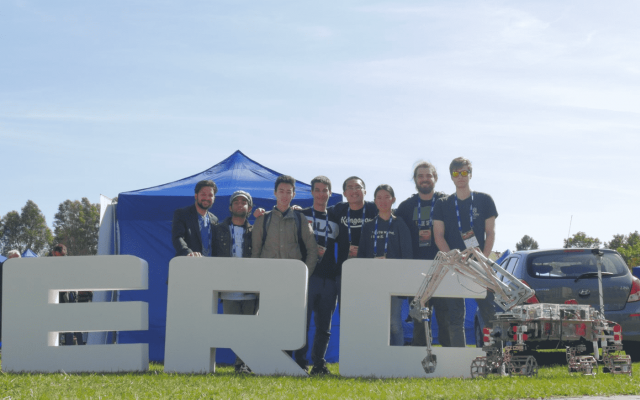 The target? A hill slope on the outside of a crater wall where we would dig a trench using the robotic arm to take photos of the soil layers.

It was the first task at the European Rover Challenge, a world leading space robotics competition with 56 registered teams. After months of preparation our chief pilot was finally sitting in a competition tent, watching the camera feeds from Numbat and carefully navigating it around difficult terrain.... And then the camera feeds were gone.

Did we lose connection? We quickly checked our groundstation antenna and control station – everything seemed fine. I then ran out of our tent towards the competition grounds to see a tragically peculiar sight. 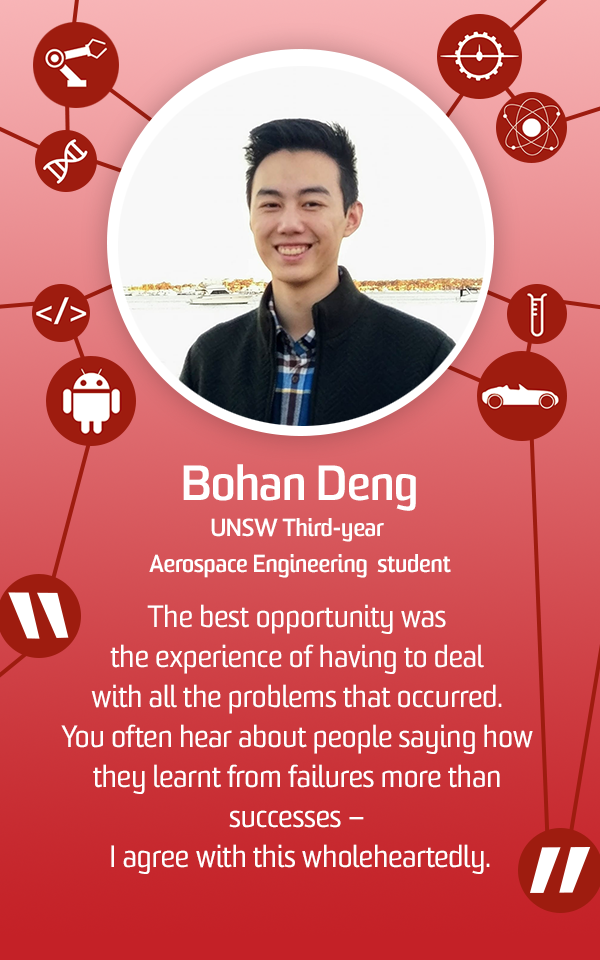 Numbat, having lost connection, followed its last command, which was to drive forward. So now it was stuck on the side of the steep crater wall, digging two deep trenches with the front wheels until our safety officer finally cut the non-critical power. Was the problem with Numbat’s antenna? No, it was still working, but the onboard computer, an Intel NUC, was not turning on though, which meant we probably had a power issue. The NUC never had any problems.

We checked the power module, the fuses, the PCB boards, and the DC-DC convertors. Basically everything between the batteries and the NUC. And all the readings were nominal. Except the NUC was still not turning on! Surely it did not decide to pick this particular moment, right when the competition started, to die?

It chose that moment to die. I hate you Murphy, for making that stupid law of yours.

That was really the running theme of the trip, almost everything that could go wrong did go wrong. Right from the beginning when our flight got delayed, which forced a long stopover stay and late night arrival in Warsaw, where we found out that one of our main drivers had LOST HIS LICENSE.

Ok, calm down. I made sure we had spare drivers for a reason. Except now I had to drive two hours on the opposite side of the road for the first time, with an unfamiliar hired car, at midnight, on highways where no one cared about speed limits and would casually pass you at 160 kilometres per hour.

And those issues were only the beginning. Numbat was a sophisticated creature nearing the end of its design life. Despite the upgrades and fixes we made throughout the year it loved to create problems. The NUC was just the flagbearer – in the other rover tasks the suspension, power, and arm broke at perfectly inconvenient times. Everything was fixable, given precious time we did not have.

The only highlight from the competition itself was the presentation task, where we were the first team ever to get full marks. Maybe I should be a used car salesman…

There were still plenty of positives from the trip though, like making heaps of friends from other teams. In particular, we grew close with our neighbouring German team who had the biggest, baddest, beast of a rover. It even had tracks!

We also had to opportunity to travel to some of the historical city centres and castles across Poland after the competition had ended. Some of these places looked straight out of a fairytale!

However, the best opportunity was the experience of having to deal with all the problems that occurred. You often hear about people saying how they learnt from failures more than successes – I agree with this wholeheartedly.

Yes, we prepared for edge case scenarios such as the NUC dying by bringing spares with us. But we did not set up the software on the spares, which we had to spend hours of task preparation time on.

There were many things we could have done better to achieve our goal of a podium finish. We are still relieved at salvaging a 12th place position even with Murphy haunting us from beyond the grave.

The new rover team lead; Michael Lloyd, will be using what we have learnt to build the new rover; Bandicoot. We are confident we will be able to improve and maintain BLUEsat’s status as the preeminent Australian space project society.

As for myself, I will be able to dedicate more of my time to Sperospace, a deep-tech startup I founded a year ago.

Fun fact – spero means hope in latin. I am certainly hoping I will not face Murphy’s Law the same way I have in Poland, but at least now I know what to expect.