The role of the multilateral trading system has been diminished with rising protectionism and unilateralism in trade policy, as evidenced by the US-China trade war, the use of retaliatory tariffs and the paralysis of the WTO’s Appellate Body. 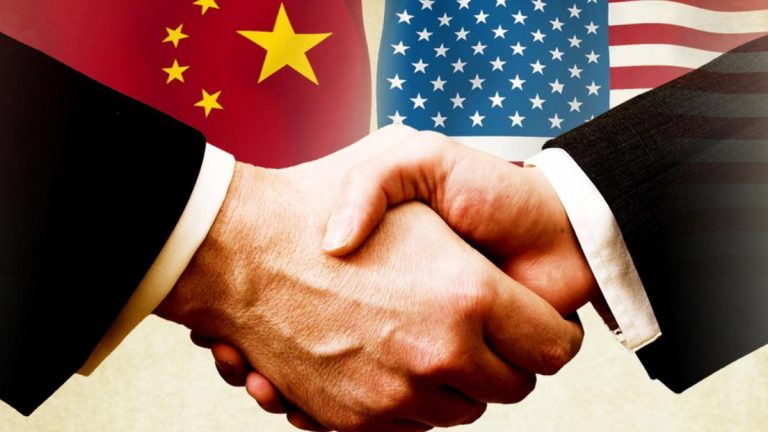 To date, the US and China have both been active users of the WTO Dispute Settlement Mechanism (DSM). But the recent development of a retaliation-based dispute mechanism in their Phase One deal undermines the central role the WTO plays in the resolution of trade disputes. And worse, it seeks to legitimise the use of unilateral retaliatory measures that are unlawful under the multilateral trading system. This approach can only lead to fragmentation and does not in any way reduce trade uncertainty.

Phase One bilateral appeal mechanism is based on retaliation

Under the Phase One deal[1], a Trade Framework Group of US and China representatives is to be created to monitor and discuss implementation and related issues, and each party will set up a Bilateral Evaluation and Dispute Resolution Office to facilitate dispute resolution via consultations. The complaining party needs to submit an ‘appeal’ in writing to provide sufficient information for the party complained against to assess alleged non-compliance.

Once the assessment is done, the parties will commence consultations. If the consultation does not resolve the dispute, then the complaining party may either a) suspend an obligation under the agreement or b) adopt “a remedial measure in a proportionate way that it considers appropriate with the purpose of preventing the escalation of the situation and maintaining the normal bilateral trade relationship.”

Thus, the dispute resolution chapter does not establish a standard adjudicative framework based on an independent adjudicating body, binding dispute settlement decisions and enforcement in a rules-based manner. Rather, the chapter allows the parties to resolve disputes by negotiation and failing that, to take the law into their own hands.

In practice, given the few obligations that the US undertakes under the agreement, it is more likely that the US will resort to remedial measures (most likely tariffs) rather than suspension of obligations. In such cases, even if China is entitled to decide whether such measures are taken in good or bad faith, China’s only retaliatory option will be to withdraw from the agreement.

Of course, if China takes an action (through either suspension of obligations or remedial measures), the US will be in the same situation. The difference, though, is that given the few obligations the US undertakes under the agreement, the US will be unlikely to have implementation issues. This means that most disputes will target China’s implementation and will provide a chance for the US to take remedial actions, leaving China to decide whether to address US concerns (by remedying the implementation issues) or opt out of the deal.

How did the WTO Dispute Settlement Mechanism lose support?

The US has raised a number of concerns[3]:

However, winding down the Appellate Body (if that is the intention) does not provide a solution to any of the issues. On the contrary, it is highly likely that these issues will persist with respect to panels or any judicial body that takes over the role of the Appellate Body[4]. In any event, it is for WTO Members to decide collectively how to exercise oversight over judicial decision-making[5] and what reforms are needed for the DSM, not the US acting unilaterally.

The paralysis of the Appellate Body has far-reaching implications. It provides room for disputants, typically a losing party in a dispute, to block the adoption of an unfavorable panel report simply by lodging an appeal. The consequence of an appeal is that a dispute will remain unresolved until the Appellate Body is recomposed to meet the quorum needed to hear appeals or the two parties reach a mutually agreed solution (MAS) as permitted under the WTO’s Dispute Settlement Understanding[6] (DSU). However, the resolution of disputes via an MAS creates room for powerful Members[7] to “buy out[8]” WTO obligations or influence outcomes through threat of retaliation, which would undermine the efficacy of the DSM in inducing compliance and the rules-based system as a whole. If disputants are both powerful Members, the crippled DSM may result in “retaliation and counter-retaliation without the normal DSU controls and, ultimately, escalating ‘trade wars’”.[9]

The abuse of this de facto veto right is no longer a remote possibility – the US recently notified[10] its appeal of the decision of the compliance panel in DS436[11] where the panel found that US countervailing measures against certain steel goods from India remain inconsistent with WTO rules. Without a functioning Appellate Body, the appeal falls into a void, making the panel’s decision unenforceable.

The abuse of the right of appeal may be effectively controlled if disputing parties reach an agreement to not appeal a panel report or to use an alternative appeal review mechanism.

The former does not require a formal agreement or a notification to the DSB, although an ex ante agreement[12] before or at an early stage of the adjudication process would provide the certainty that is much needed under the current DSM. It would still work, without such an ex ante agreement, so long as the parties do not exercise the right of appeal voluntarily or based on mutual understanding after panel decisions have been issued.

An alternate “interim” approach is being trialled by the EU, Canada[13] and Norway, who have agreed to[14] create an interim appeal arbitration process under Article 25 of the DSU. Article 25 provides an alternative means for WTO Members to resolve disputes in an expeditious manner based on agreed procedures which may or may not follow the DSU procedures. The agreement reached among the EU, Canada and Norway seeks to reinstitute the Appellate Body mechanism under Article 25 on a temporary basis (i.e. before the Appellate Body is fully composed) by replicating as closely as possible all substantive and procedural aspects as well as the practice of Appellate Review of the WTO Appellate Body. The interim approach includes the provision of appropriate administrative and legal support to the arbitrators by the Appellate Body Secretariat and appointing former Appellate Body members as arbitrators.

Additionally, consistent with Article 25, the arbitration awards will be automatically binding on the disputing parties (based on their agreement to invoke Article 25) and will be subject to the same DSU rules on enforcement, compensation and retaliation. This temporary approach could provide the best option for maintaining the existing Appellate Body mechanism, automatic adoption of the rulings of WTO tribunals, and improving the effectiveness of the DSM in inducing compliance and constraining unilateral and unauthorised retaliation. The EU-Canada-Norway approach has garnered increasing support from other WTO Members. On 24 January 2020, 14 WTO Members have agreed[15] to join this interim arrangement “to preserve a functioning and two-step dispute settlement system at the WTO.” However, whether this multi-party arrangement will be identical to the EU-Canada-Norway agreement remains to be seen.

To promote the use of the interim approach, the EU released a proposal[16] on 12 December 2019 to amend its Enforcement Regulation to enable the use of countermeasures in cases where a WTO panel ruling in its favour cannot be adopted and enforced because the other party appeals “into the void” and has not agreed to Article 25 arbitration. In such circumstances, the EU will retaliate by expeditiously suspending its WTO obligations at levels “commensurate to the nullification or impairment of its commercial interests caused by the measures” of the other party. This proposal, therefore, seeks to use countermeasures to discourage the abuse of the right of appeal and encourage the use of Article 25 arbitration.

While both the use of countermeasures and the level of retaliation would create issues of WTO-legality (as they are self-determined rather than WTO-authorised), the EU’s approach is arguably a last resort to maintain the integrity and effectiveness of the DSM. Nevertheless, how effective the EU’s approach would be – e.g. whether EU countermeasures would eventually push the US to withdraw its blockage of new Appellate Body members (given the unlikelihood that the US will agree to Article 25 arbitration) – remains unclear.

The effectiveness of the interim approach has yet to be tested. Since EU countermeasures would be self-initiated without WTO authorization, the chance of US retaliation would not be low.

Could the US and China adopt the interim approach?

The US-China bilateral mechanism embodied in the Phase One deal does not preclude the parties from using the DSM. In fact, the US has not abandoned the multilateral approach but has continued to resort to the DSM[17]. This provides room for China to join forces with other WTO Members to use the right of appeal in a positive way with the aim of pushing the US to adopt Article 25 arbitration based on the EU-Canada-Norway model (which is essentially based on the use of the paralysed Appellate Body) or face blockage of adoption of decisions in its favour (using appeal into the void).

Over time, if the US cannot use the DSM to enforce its rights against all major trading partners due to the absence of the Appellate Body, then it might come around to the idea of rescuing the ‘crown jewel’ of the multilateral trading system.

Optimistically, the US-China Phase One deal’s dispute mechanism and the EU-Canada-Norway interim approach could be seen as positive attempts to find new ways to adjudicate trade disputes. If the US and China can turn their confrontation into cooperation, then they may bridge their divergences through the creation of new and better rules on international trade and dispute settlement.

This article was first published on hinrichfoundation.com