Subsidised irrigators extracted up to 28 per cent more water than those who received no funds under a national Murray-Darling Basin irrigation efficiency program, a new study has found. 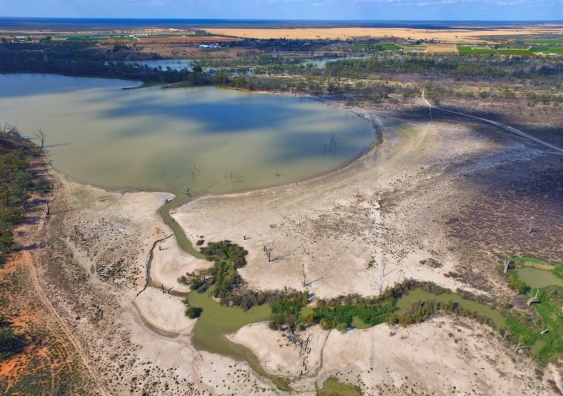 The Australian Government’s $4 billion irrigation efficiency program has led to irrigators who received irrigation infrastructure subsidies extracting up to 28 per cent more water in the Murray-Darling Basin (MDB) than those who did not receive any funds – affecting the environment and other users, new research has found.

Water management experts across disciplines from UNSW, The University of Adelaide, Australian National University (ANU) and the Environmental Defenders Office examined the impact of taxpayer-funded irrigation infrastructure upgrades on water extractions and environmental water recovery in the MDB.

Their findings, published in the international journal Resources, Conservation and Recycling this week, analysed almost 2500 on-farm MDB irrigation surveys, with surveys in 2010-2011 and 2015-2016, identifying a “rebound effect” of increased water extractions, coinciding with the Australian Government’s investment in irrigation infrastructure upgrades.

Combined with documented concerns around measurement of water and compliance, this raises serious doubts about the true extent to which environmental flows are increasing at a catchment and basin level, as a consequence of the subsidised upgrades.

The subsidies aim to help irrigators upgrade their infrastructure technology to save water and return some savings to the environment, in a bid to increase stream flows and ultimately reinstate a sustainable level of extraction in the MDB. 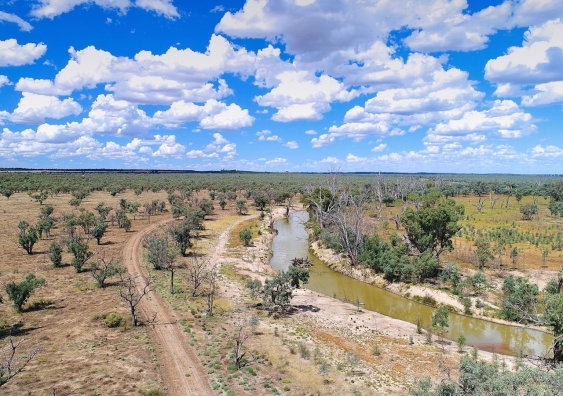 New research shows that irrigation subsidies could be doing more harm than good to the Murray-Darling Basin. Photo: Shutterstock

Study co-author and environmental scientist Professor Richard Kingsford, Director of the Centre for Ecosystem Science at UNSW Sydney, said the Murray-Darling Basin Plan was an ambitious initiative to solve the escalating problems the basin’s rivers faced, but the implementation of some government programs seemed to have the opposite effect of what they had intended.

“The ‘buyback’ of irrigation water has put water back into the rivers, but our research found the subsidised infrastructure program could be ‘robbing Peter to pay Paul’ by enabling more water extractions than water recovered through the efficiency program,” Prof Kingsford said.

Compounding the problem, the study used publicly available water data that suggested reductions in extractions from the MDB — supposedly commensurate with increases in environmental flows — may have been overestimated, particularly in the Northern MDB.

Concerningly, the study also found that half of all irrigators surveyed agreed that the taxpayer-funded program for the irrigation infrastructure was "wasteful and inefficient". There was further evidence the program favoured corporate agriculture, in terms of subsidy amount per entity, more than family farms.

Co-author and ANU resource economist Professor Quentin Grafton said: “Increased water extraction occurred because of changes to crop types and increased irrigated areas, partly enabled through increased surface-water entitlement utilisation and water trade participation. But we are most concerned with the ‘leaky bucket’ at the basin scale which means less water in streams and rivers.”

Co-author and Environmental Defenders Office Special Counsel Emma Carmody said: “There are a range of regulatory and governance issues which could result in the increased taking of water from some rivers and aquifers in the MDB, beyond specified limits. These include illegal extractions, increased floodplain harvesting, groundwater substitution and problems with ‘sustainable diversion limit’ compliance tools in some catchments.” 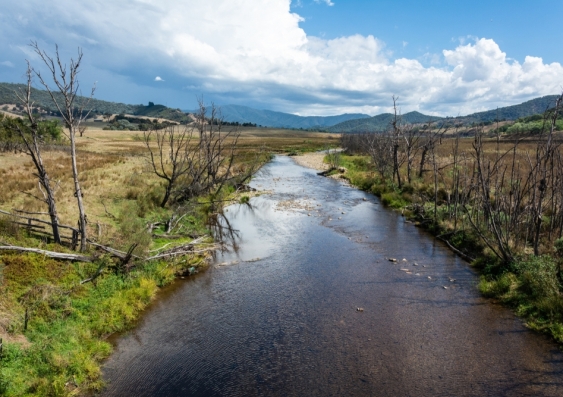 Prof Kingsford said the researchers’ findings also cast uncertainty on the long-term sustainability of the basin’s rivers and the communities which rely on these flows for their livelihood.

“We found water consumption is not being controlled as required by the Basin plan, which means the health of rivers and groundwater systems in the MDB will continue to degrade, without even accounting for the current and future threat of climate change,” he said.

“We call upon the government to consider our findings as an opportunity to continue developing and implementing transparent, fully audited and robust accounting and accurate measurement of all forms of water extractions across the MDB for the sake of the environment and the communities which depend on the Basin.”

The researchers recommend further MDB water and rural policy actions to address these water governance challenges, including improved compliance, fines and regulation, and prioritising the cost-effectiveness of water recovered for the environment.