Treehouses: the height of architecture?

The minimalism and natural cohesion of the treehouse can teach us how to live more sustainably, says a UNSW expert. 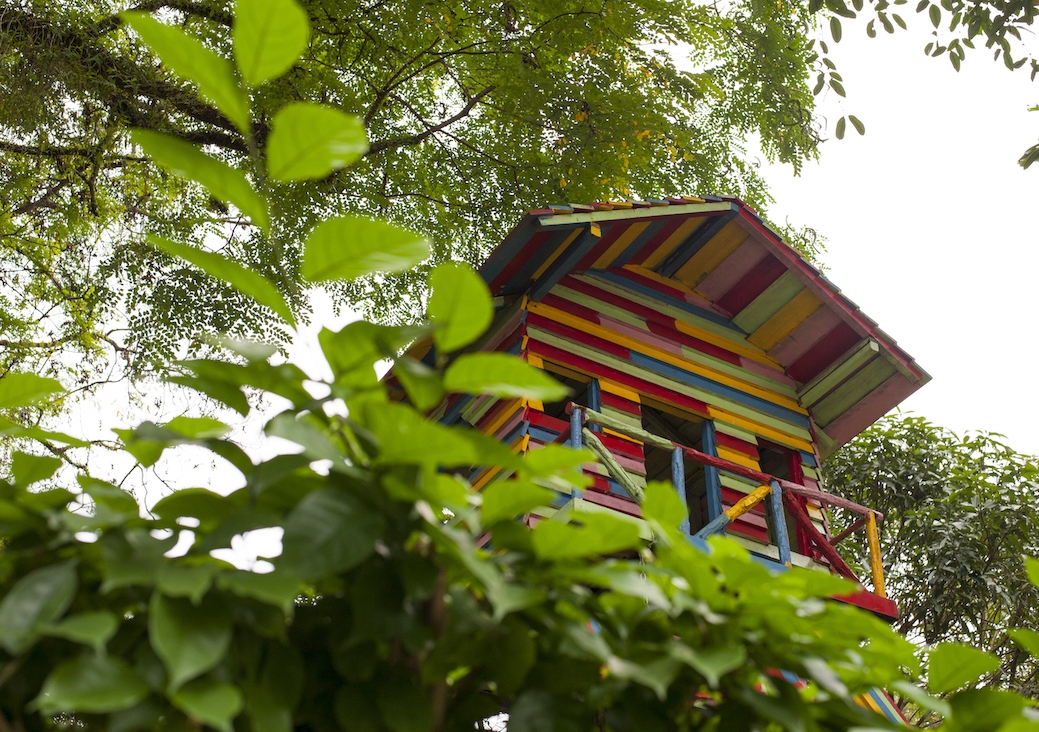 As kids, everyone dreams of building a treehouse. And while we may not all go on to make one, for those who do, there’s more to be gained than a kids’ hideaway in a tree.

Dr Ainslie Murray, UNSW Built Environment, says the treehouse is a reflection of our relationship with place and with nature.

Dr Murray says the treehouse could be considered a legitimate form of architecture and is an expression of our values.

“The treehouse is very minimal condition architecture, which is contrary to the other things that we tend to build,” she says. “Usually, it’s not insulated, it’s probably not waterproofed, there aren’t a lot of particular comforts built in. But there’s just enough there to mark a sense of place in the natural world.

“There’s also a sense of retreat and reduction in terms of how you occupy that space. I think it also says quite a lot about how we might be in the world, how we might minimise our impact, how we might think about living more sustainably.”

While the structure of the treehouse often receives more attention, the most important aspect, of course, is the tree itself.

“It does have a direct impact on the kind of architecture that you can produce in a treehouse,” she says.

“The house itself is dependent upon the tree … and the tree plays an active part in the design process. You’re not just merely attaching something to a tree, you’re reading the tree and reading the place, and the design evolves at every point.”

Dr Murray says it’s the experience of constructing the treehouse that is the most enjoyable and valuable.

“You can’t outsource the building of the treehouse in my view – participation is essential – and you can’t replace the value of that,” she says. “It’s part of the delight, part of the adventure – it’s meant to be experimental and exciting.”

Building a treehouse offers the benefit of thinking about design in a new way, she says.

“You’re learning as you’re building,” she says. “You can’t necessarily follow a plan or a predictable design process, and you’re not always in complete control of what happens, and that’s quite liberating.”

Dr Murray says building a treehouse is an empowering exercise.

“Part of the delight, part of the adventure is that you’re not relying on the expert knowledge of others, you’re the expert,” she says. “You know exactly what you want out of your treehouse, and you don’t need to be a professional architect to make it.”

The treehouse is an example of the growing citizen architecture movement, shifting the power of design into the hands of individuals in society, she says.

“It does recast the role of the architect in many ways,” she says. “I think it acknowledges the expertise of people in living and in life to be able to make decisions about space and how they want to interact with it.”

And the good news, according to Dr Murray, is that treehouses aren’t only for kids.

“For kids, it’s a space of experimentation for them to learn through active play, act out patterns of life, and perhaps forge some of their ideas about how they’re going to inhabit a place and live in space.

“But adults might use it as a space of retreat, a space of tranquillity and escape,” she says. “Probably because they’re exhausted from building it!”

A home among the gumtrees

In addition to the backyard treehouse, Dr Murray says treehouse-inspired designs are also experiencing a resurgence in the architecture field. However, whether they’re an evolution of the treehouse is still up for debate.

“A lot of architects today are producing very high-end contemporary treehouses marketed as exclusive luxury retreats, which are more like houses in the trees on elevated platforms,” she says.

“I see the traditional treehouse as something that is custom made and always in response to place. While it would be beautiful to be in a space elevated amongst the trees, the fact that you can reproduce the same design does make it quite different to the one-off character that I think defines a treehouse.”

While it would no doubt be exciting, Dr Murray says we shouldn’t expect treehouses to become a genuine housing option anytime soon.

“The big issue would be an ethical one,” she says. “Many people would consider it an injustice to the natural world to create extensive engineering dependencies on trees to that scale.”