Professor Peter Goadsby has been recognised for discovering a biological mechanism that triggers a migraine attack, leading to revolutionary new treatments. 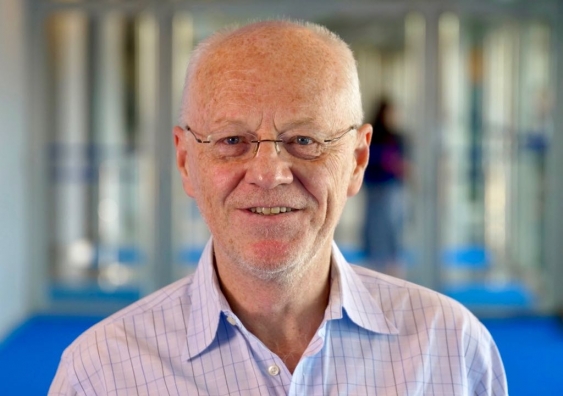 UNSW alumnus Prof. Goadsby is one of four neuroscientists to be awarded the 2021 Brain Prize, the world’s most prestigious award for brain research.

The Brain Prize is awarded each year by the Lundbeck Foundation, one of the largest commercial foundations in Denmark. The award is worth $2 million and is given to one or more neuroscientists who have had a groundbreaking impact in the field.

“It is an enormous privilege to receive the Brain Prize; really a prize for all the people who have suffered for so long with headache disorders, and for all the excellent scientists who have made an important contribution to this field,” Prof. Goadsby said.

“It is an overdue recognition of the ‘Cinderella’ problem of migraine. Cinderella has arrived at the ball as a welcome guest – and got the glass slipper! I feel privileged to work in medicine with patients’ headache disorders, and their families, to make some small differences and help the incredibly brave patients I see do just a little better.”

Prof. Goadsby graduated Bachelor of Medicine, Bachelor of Surgery PhD from UNSW Sydney in 1985, followed by a Doctor of Science in 1996 and a Doctor of Medicine in 1990. After postdoctoral work in New York, Paris, and postgraduate neurology training in London he returned to UNSW, and the Prince of Wales Hospital as a consultant neurologist and became an Associate Professor of Neurology.

"My formative years at UNSW provided a sound basis for my career. Inspiring teachers, like Emeritus Professor James Lance, moulded my approach to my clinical and research practice,” Prof. Goadsby said.

UNSW Dean of Medicine & Health, Professor Vlado Perkovic said: “Prof. Goadsby has led an extraordinary career in neurology. His research has resulted in new treatments that have changed the lives of migraine sufferers around the world. It is always exciting to see our alumnus have an impact in the medical world and I would like to congratulate Prof. Goadsby on receiving this year’s Brain Prize.”

Prof. Goadsby is Director of the NIHR-Wellcome Trust King’s Clinical Research Facility at King’s College London and is Professor of Neurology at the University of California, Los Angeles. He is also Honorary Consultant Neurologist at King’s College Hospital and the Hospital for Sick Children, Great Ormond St, London.

The other recipients of The Brain Prize are Lars Edvinsson from Sweden, Michael Moskowitz from America and Jes Olesen from Denmark.

In 1979, Prof. Moskowitz showed that a migraine attack is triggered when nerve fibres release neuropeptides that lead to dilated blood vessels of the meninges, inflammation and pain. The release of neuropeptides can be in response to a signal from the underlying brain. He was the first to propose that blocking the action of released neuropeptides could be a new approach to treating migraine.

Prof. Edvinsson and Prof. Goadsby worked together to prove that neuropeptide, CGRP, is released from the trigeminal nerve during a migraine attack and is a particularly potent dilator of blood vessels in the meninges. They proposed that CGRP may be of crucial importance in migraine and the key molecule in primary headache disorders.

Prof. Olesen went on to investigate whether CGRP release was the cause or a consequence of a migraine attack. His research provided evidence that drugs which blocked CGRP could help treat migraine. The first CGRP antagonist drug effective in the acute treatment of migraine attacks was shown in a large trial involving Prof. Olesen and his team in 2004.

In the last decade, the idea of blocking the CGRP pathway has led to the development of new drugs called monoclonal antibodies (MAbs) for the prevention of migraine attacks.

The development of CGRP antagonist drugs has opened a new era in migraine research and therapy. Although they do not cure migraine, they markedly improve the quality of life of many migraine sufferers.