With billions more allocated to immigration detention, it's another bleak year for refugees 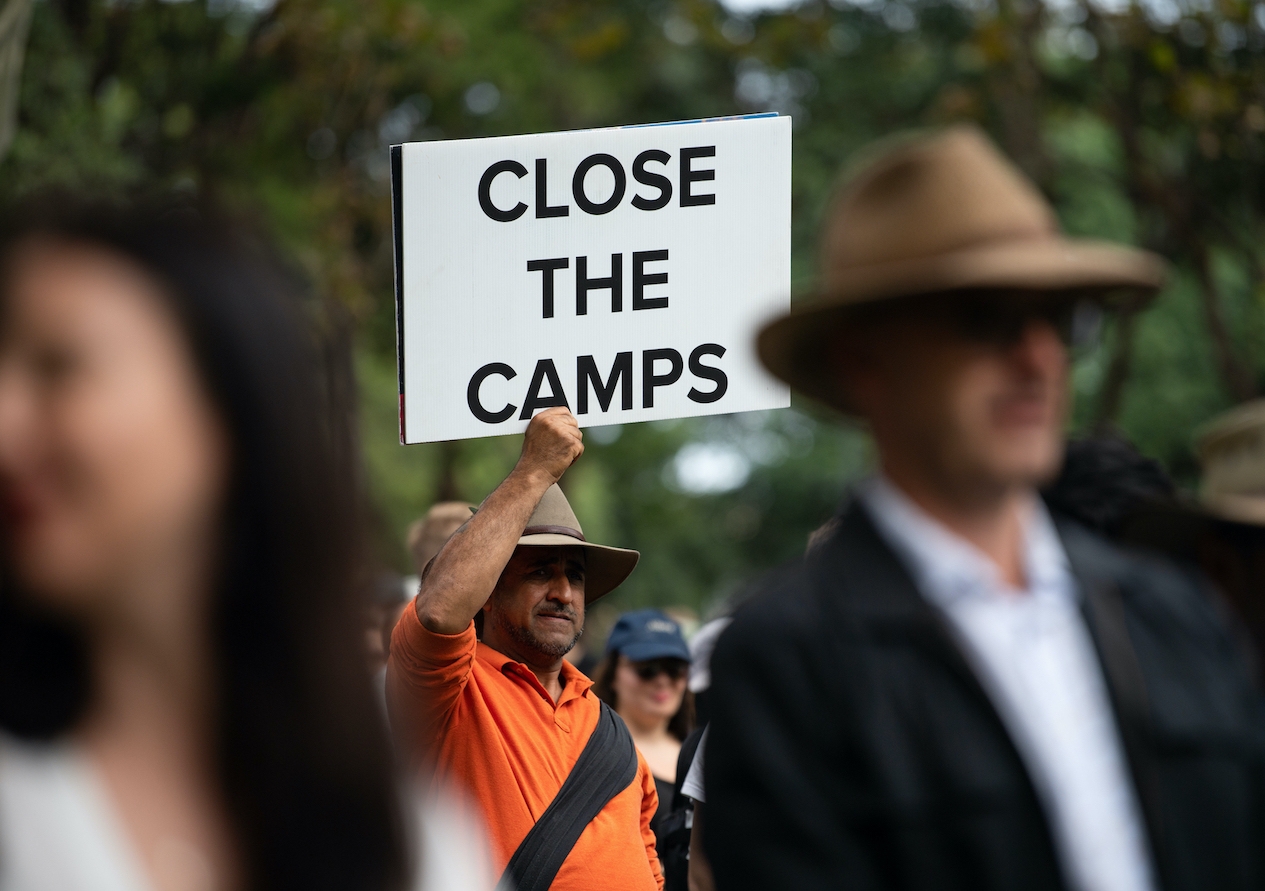 For those still held offshore in Papua New Guinea or Nauru, in detention here in Australia, or on temporary visas in our community, the budget compounds the human cost of Australia’s hardline asylum policy.

Before COVID-19, Australia’s humanitarian program provided for the resettlement of up to 18,750 refugees and others in need each year. The program fell short of this number early last year when international travel was restricted due to the COVID-19 outbreak.

It was then cut by 5,000 places for 2020, and these places have not been restored under the latest budget.

This is despite calls from advocacy groups for Australia to do more in response to global displacement — particularly with the pressures COVID has placed on countries hosting large numbers of forced migrants — and to restore the humanitarian program to its pre-pandemic level.

Read more: With our borders shut, this is the ideal time to overhaul our asylum seeker policies

Little help for those in Nauru or PNG

Offshore processing is once again a big budget item for Home Affairs, set at close to A$812 million for 2021-22.

With 109 people currently being held on Nauru and 130 in Papua New Guinea, this equates to almost $3.4 million per person for 2021.

For the next three years (2022–24), spending on offshore processing is projected at just over $300 million annually, although experience shows annual costs have exceeded those provided in the forward estimates since at least 2015.

This excessive spending raises serious questions about the government’s planning for these refugees stuck in limbo.

Keeping people in Nauru and PNG cannot be the only option, and the UN refugee agency has long made clear Australia must “live up to its responsibilities” to find long-term and humane solutions for those held offshore.

The budget includes continued support for Nauru and PNG to provide “durable migration options” in the way of resettlement, voluntarily return to individuals’ home countries or removal for those found not to be refugees.

But in addition to Australia’s obligations on this front, experts have raised real concerns that some asylum seekers have been pressured to agree to return home, despite the risks this may pose to their safety.

Among those still held offshore, only a small number have received provisional approval as of March for resettlement in the United States. The UN refugee agency, meanwhile, is working to find resettlement places in Canada and Europe, without help from Australia.

The budget also sees big spending on immigration detention, with more than $1.2 billion allocated to Home Affairs for onshore detention and compliance in 2021-22. This includes packages to assist individuals to voluntarily return to their countries of origin.

An extra $464.7 million has also been allocated to increase capacity in detention centres on the Australian mainland and on Christmas Island, due to the challenges of deporting people during COVID-19 travel restrictions.

The Christmas Island facility was “reactivated” under last year’s budget to the tune of $55.6m, and currently holds more than 200 people.

The Murugappan family from Biloela, Queensland, lives in a separate section of the facility. They have been detained there since August 2019 — and for a long time they were the only occupants — at a substantial cost.

Farther afield, Home Affairs will spend $104 million to continue working with regional governments and international organisations (such as the International Organisation for Migration) as part of ongoing efforts to prevent human trafficking and people smuggling.

And an additional $38.1 million is going to Indonesia to continue funding basic services for asylum seekers and information campaigns designed to deter people from seeking asylum in Australia.

Mixed support for asylum seekers in the community

There are thousands of asylum seekers in Australia still waiting for their claims for protection to be assessed.

The Department of Home Affairs has recently launched a “blitz” in calling people in for their first interviews, which refugee lawyers say has left some applicants with just two weeks to prepare.

Perhaps unsurprisingly, the budget continues a downward trend in the amount of funding for support services for asylum seekers at just $33 million for 2021–22, down from $39 million two years ago.

Advocates say this funding will only cover “a tiny percentage” of the needs of asylum seekers in the community while their protection claims are being assessed.

Elsewhere, however, the budget did hit some positive notes for refugees in the measures aimed at improving women’s safety.

Alongside economic and social support initiatives for refugee and migrant women, there is a pilot program to enable women on temporary visas who are experiencing family violence to explore visa options not reliant on their partner.

Read more: Scores of medevac refugees have been released from detention. Their freedom, though, remains tenuous

With Australia’s borders predicted to remain closed until mid-2022, the needs of refugees and asylum seekers may not be grabbing headlines in this budget cycle.

But as the Refugee Council of Australia has recently documented, there are many ways the government can help displaced people during the pandemic.

This includes bringing people from Nauru and PNG to Australia and ensuring procedural fairness in the assessment of their protection claims.

With studies repeatedly showing the settlement of displaced people can help to address demographic and labour shortages and substantially boost Australia’s economy, this budget’s emphasis on detention, deterrence and removal is disappointing.

It’s a missed opportunity for refugees and for the nation’s post-pandemic future.