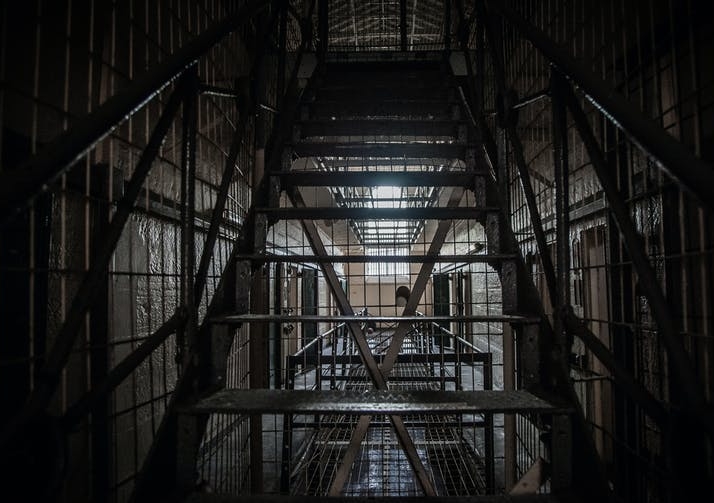 In January, an unnamed incarcerated Aboriginal woman on remand at the Alexander Maconochie Centre in the ACT was the victim of an alleged strip search undertaken by four guards in full riot gear in full view of male detainees. The woman is a survivor of previous sexual assault and also has a serious heart condition.

Footage of the incident has been suppressed by the courts.

This case, along with many others, has sparked grave concern among health care professionals who work with Aboriginal women detainees. Some women subjected to strip searches have been as young as 15 years old.

Aboriginal women’s bodies are considered a sacred part of women’s business in Aboriginal lore and culture. Exposing sensitive parts of an Aboriginal woman’s body in front of men results in additional shame and guilt, as they are not able to uphold sacred values of their culture.

It is clear the justice system is failing to address the discrimination of Aboriginal women. At almost every stage of the criminal process, there are countless issues with police relations with Aboriginal women, including

While there are international legal instruments Australia endorses (like the International Covenant on Civil and Political Rights and the UN Declaration on the Rights of Indigenous Peoples), the government still makes little to no effort to uphold the rights of Aboriginal women in prison when it comes to self-determination and freedom from discrimination.

Ultimately, the system as it stands is operating in a culturally unsafe way.

According to the Melbourne-based Human Rights Legal Centre (HRLC), 208 strip searches were conducted on women detainees at AMC from October 2020 to April 2021. Of those, 121 were Aboriginal women, or 58%, despite the fact Aboriginal women made up just 44% of the prison’s population.

Ms Tongs demanded an inquiry into the allegations of strip searches of Aboriginal women detainees done by male officers or with males present. Her suggestion, based on years of experience working with incarcerated Aboriginal women, is for strip searches to be eliminated or at the very least, be used as a last resort.

Strip searches are only appropriate if there are fears the detainee might self-harm or pose a risk to staff or other inmates. In the letter, Ms Tongs also questions whether the potential existence of contraband is reasonable grounds at all for carrying out a strip search.

Despite the Corrections Management Act 2007 (ACT) requiring officers to provide a reason for each strip search they conduct, information released to the Human Rights Legal Centre revealed 49 strip searches during the six-month period at AMC appear to have been done without a reason.

Reform is needed beyond truth-telling catchphrases

One of the many recommendations in the [Royal Commission into Aboriginal Deaths in Custody 1991] report was that police violence, rough treatment, and verbal abuse of Aboriginal persons, including women and young people, should cease immediately.

Despite countless reports, further royal commissions and inquiries revealing issues in the criminal justice system with its treatment of Aboriginal people, we are yet to see the necessary structural reform required to change things for the better.

One of the issues identified in Aboriginal and Torres Strait Islander Social Justice Commissioner June Oscar’s recent Wiyi Yani U Thangani (Women’s Voices) report is the exclusion of Aboriginal women from participating in decision making on necessary law and policy reform.

The report shows how such a dialogue can help guide the structural reforms needed. However, by maintaining the exclusion of Aboriginal women and the further marginalisation of Aboriginal people sentenced to lengthy terms of imprisonment, the system remains the same.

Potential strategies for structural reform are also outlined in reports such as the deaths in custody royal commission and the Australian Law Reform Commission’s 2018 Pathways to Justice report, but they continue to fall by the wayside. All while the rates of Aboriginal women being incarcerated continue to climb.

Over-representation of Aboriginal women in prisons

Research findings from the Keeping Women Out of Prison Coalition show that almost a third of women prisoners in Australia are Indigenous, despite making up less than 3 per cent of the population.

In its current state, the criminal justice system is inadequately addressing the needs of Aboriginal women. This is particularly so for those who are on remand and unable to access necessary services while they are detained.

The Keeping Women Out of Prison Coalition confirms this and found there are also difficulties with providing services such as therapeutic sessions for women detained in prison.

The silence and complacency of ministers who could advocate for prison reform shows how power imbalances unfavourable to Aboriginal women are maintained. This is precisely how the government kicks the can on truth-telling processes without ever affording Aboriginal people substantive rights through structural reform.

There needs to be urgent, systematic and structural reform of Australia’s criminal justice system. Reform of this kind must focus on addressing the entrenched, systematic racism and gender bias experienced by its fastest-growing population – Aboriginal women.

The system must stop punishing Aboriginal women and further entrenching their disadvantage, and instead promote healing, support and rehabilitation.

To do so, the voices of Aboriginal people and in particular, women, must be heard. It is only once this type of dialogue is created that necessary reform can take place.

Aboriginal women need to be protected, empowered and supported — not silenced.