The cyborg of the future looks just like you

How we connect the human body to technology isn't as scary as a science fiction movie, says UNSW Sydney neuroscientist Felix Aplin. 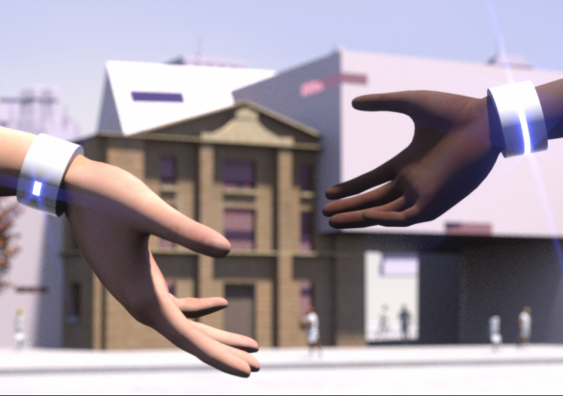 When we think of cyborgs, what comes to mind? Ultra-futuristic beings with laser eyes and claw arms with a resemblance to Arnold Schwarzenegger. But the reality of cybernetic enhancement, or the integration of technology into our bodies to replace or enhance function, is very different.

The field of cybernetic enhancement is hundreds of years old

“We think of [cybernetic enhancement] as an ultra-futuristic technology, but… the field goes really far back,” said Dr Felix Aplin, from the Translational Neuroscience Facility at UNSW Medicine & Health. “Already from the 1800s people had this idea that maybe you could use electricity to replicate some functions.”

Alessandro Volta (1745-1827) and Luigi Galvani (1737-1798) were the first to prove that animals use electricity in their bodies, with early experiments using electricity to stimulate muscle contractions in frogs and other animals.

“What really kickstarted this field in the mid-20th century was a proper understanding of neurons and neural networks, and that they effectively are using electricity to communicate,” Dr Aplin said. 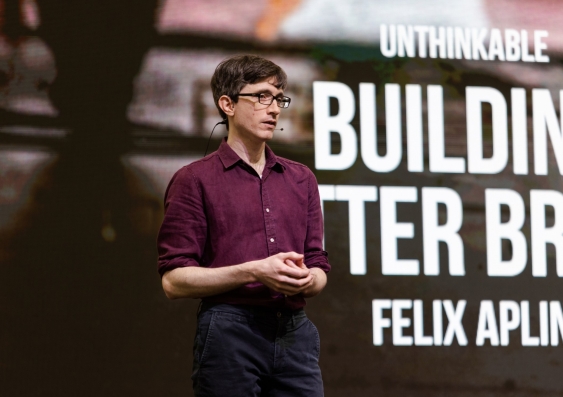 Dr Felix Aplin spoke about the future of cybernetic enhancement at the Festival of Dangerous Ideas, after completing the UNSW Centre for Ideas UNSOMNIA program. Photo: Maria Boyadgis.

Increasing knowledge of neuroscience led to more and more people wondering, what if we connect the brain to technology? A cybernetic implant could replace lost function for someone with disability, for example the bionic ear, which already exists and has been made famous in Australia by the company Cochlear. Or it could even enhance existing function, like enabling someone to see in infrared, although this type of application is a little further off.

Enabling the brain and technology to communicate

Brains and computers both use electricity to communicate, but in fundamentally different ways. To translate between these two languages, we need neural interface engineering.

“Neural, meaning, the brain. Interface: to connect or communicate with. Engineering: building stuff. So, my field builds stuff that communicates with the brain,” Dr Aplin said.

In neural interface engineering, there are two main types of devices. ‘Sensing’ devices read the signals from your brain and convert them into computer code that can drive, for example, a robotic arm of an amputee. ‘Active’ devices take in information about the outside world, convert it into computer code, and then back into a format your brain can understand. An example of this is the bionic ear, which takes the input from a microphone and uses electrical pulses in a way that the brain can interpret as sound. 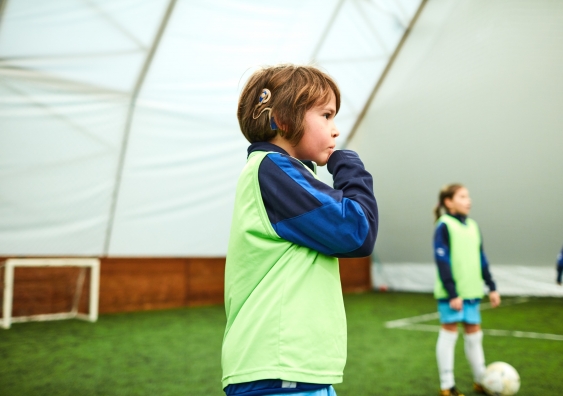 Cochlear implants are the most common example of cybernetic enhancement. Photo: iStock.

While progress is being made in both sensing and active devices, there’s a long way to go.

“While we understand more and more of how the brain functions, it remains one of the most complex systems in the universe. When we send electrical pulses to communicate with the brain, it’s like trying to surf the internet using morse code,” Dr Aplin said. “Finding more effective ways to talk to the brain beyond our current ‘morse code’ approach has been my career focus. There’s a lot more work to be done.”

Cybernetic implants will look like they are a part of us

People also assume that cybernetic implants will be machine-like and very clearly ‘not human’ – like Luke Skywalker’s robotic hand in Star Wars, or Kano’s laser eye in Mortal Kombat. But if that were the case, we would ultimately reject these devices, both physiologically and psychologically.

“Our immune systems are terrified of anything foreign, for very good reason… Bacteria are bad news, right?” Dr Aplin said. “We need to develop better technologies that help us integrate artificially constructed components into our bodies without them being rejected.”

“In a way, you almost need to be developing mini circuits, which are made out of the same pieces, the same building blocks [as us]. Because it’s just too different to use chunks of metal with batteries.”

Watch: Building better brains - and other ways to manage our bodies

Psychologically, we are also more likely to accept a device that looks like a normal part of our body. Humans have an innate fear of disrupting our sense of ‘self’ and the idea of a cybernetic implant can be confronting.

“If someone has a cyborg arm, they might be able to crush beer cans with their incredible cybernetically enhanced strength, but it’s going to look like an arm,” Dr Aplin said. “Because that's what we're comfortable with. We want these things to be integrated with ourselves.”

Dr Felix Aplin spoke about the future of cybernetic enhancement at the Festival of Dangerous Ideas, as part of a collaboration between UNSW Sydney’s Centre for Ideas and The Ethics Centre.