How likely is a US recession? About 75 per cent

A growing number of economists are predicting a US recession is on the cards, which could lead to a recession in Australia and globally. 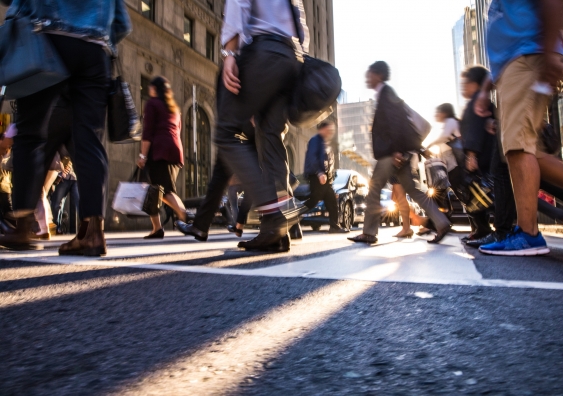 The global economy is now in its steepest slowdown following a post-recession recovery since 1970. Global consumer confidence has already suffered a much sharper decline than in the run-up to previous global recessions and the global financial crisis of 2007-2008 (otherwise known as the Great Recession).

The world’s three largest economies – the United States, China, and the Euro area – have been slowing sharply, with the US most likely heading for a recession. And as central banks across the world simultaneously hike interest rates in response to inflation, all this means the world may be edging toward a global recession in 2023.

Why are we likely to see a global recession?

The Russia-Ukraine war is dragging down global economic growth and putting additional upward pressure on inflation worldwide, according to an analysis by the OECD. It has further pushed up energy prices, especially in Europe, worsening inflationary pressures at a time when the cost of living was already rising rapidly around the world due to the COVID-19 pandemic.

To combat inflation, central banks around the world, including the Reserve Bank of Australia, have also been raising interest rates in an effort to ‘cool’ the market (you can read how that works here). It’s a trend that is likely to continue well into next year, according to a recent World Bank report.

But all this may not be sufficient to bring global inflation back down to pre-pandemic levels.

According to Konark Saxena, Associate Professor in the School of Banking and Finance at UNSW Business School, unless supply disruptions and labour-market pressures subside, those interest-rate increases could leave the global core inflation rate (excluding energy) at about 5 per cent in 2023.

That’s nearly double the five-year average before the pandemic. If this were accompanied by financial market stresses, global gross domestic product (GDP) growth would slow to 0.5 per cent in 2023. This would represent a 0.4 per cent contraction in per-capita terms – a significant decline in economic activity spread across the economy that meets the technical definition of a recession.

“My estimate is that the probability of a US recession is more than 50 per cent: about 75 per cent,” Professor Saxena says. “This would have major impacts on the rest of the world.”

We spoke with Associate Professor Saxena about what a global recession could mean for Australia and how consumers across the country might be impacted by such a downturn.

How likely is a recession in the US? Percentage chances?

A/Prof Saxena: The chance of a US recession is about 75 per cent, by my estimates.

Having said that, I want to point out that there are various types of recessions. My expectation is that the US recession will be a mild one.

This mild recession scenario assumes that the FED would stop tightening before the recession became severe, even if inflation remains persistently high at that time.

What likely impact will this have on Australia, as well as the rest of the world (particularly trading partners)?

A/Prof Saxena: Let’s consider the mild recession scenario. In this case, both inflation and interest rates in the US economy are expected to remain high, while growth flattens. I don’t expect the US unemployment rate to increase dramatically, which is one of the reasons I’m calling it a mild US recession.

This outflow of capital from lower interest rate countries might push some highly leveraged economies into financial distress, especially those with USD denominated debt.

What factors would likely help protect Australia from a global recession?

While the current low level of wage inflation in a high consumption inflation environment is a significant issue, in the short-run, it is also a strength that will protect the Australian economy and helps keep inflation under control.

Another advantage of the current low wage inflation, and a good level of fiscal policy flexibility compared to most other advanced economies, is that it gives the RBA more flexibility to keep rates lower for longer than some international peers. This buys us time to fix some of the issues that risk household financial distress.

Where is the Australian economy more exposed?

It is a delicate situation and there is a risk that eventually RBA will not have enough flexibility to manage these two conflicting forces.

As mentioned above, I feel one way to avoid these two extreme scenarios, is increasing labour productivity, wage growth, and wage inflation. If households are working and their wages are growing enough, they should be able to handle increases in interest rates thanks to their higher pay cheques. Such wage inflation can help not only working homeowners pay higher nominal interest rates, but it also benefits renters who can save more.

If we can manage an orderly reduction of (nominal) household debt without incentivising too much risk-taking, then it will give RBA more flexibility to increase interest rates and bring them in line with US interest rates.

What would the likely impact of a recession be on the average Australian?

A/Prof Saxena: Assuming we are forced to keep interest rates low, I see the impact of the recession on Australian consumers on two main fronts – the first of which is imported US inflation.

High US inflation will also increase the price of US goods and services that we purchase from the US, and thereby increase the general price levels around the world. So, the rest of the world will import US inflation unless they can offer higher real rates and strengthen their USD exchange rates to offset US inflation.

The second front Australians may be impacted with is reduced Australian wealth in US dollars, which would lower the ability to import and consume foreign goods and services. This is likely to hurt Australian consumers as our imports from the US are an important part of our consumption basket.

While the first is largely an external factor that Australian policy cannot influence, the second is not. The reduction in (US dollar-denominated) Australian wealth, can be avoided if we are able to sustain higher interest rates without causing domestic financial distress.

How might the recession impact younger people, particularly those who have never experienced a recession before?

A/Prof Saxena: Young Australians are less likely to have debt than middle-aged Australians, so the direct impact of increasing interest rates is less for them. But the indirect impacts, via the labour market, can be more severe unless they are managed well.

To me, that’s the bright side of an increasing interest rate environment, especially when we are facing challenges like climate change that require such risky ideas and economic transformation.

For example, the 1970s high-interest rate environment made way for the 1980s, when policymakers were able to rein in inflation. Tremendous entrepreneurial activity and economic transformation followed: the internet, PC, and other technologies that have fuelled global growth since then.

Firms that were successful were growing significantly faster than the cost of capital required by the high interest rates of the 1980s (more than 5 per cent typically). So, they attracted capital to fuel that growth. And they were able to outperform their larger competitors, which were not investing in risky ideas as much, such as IBM. Young people, such as Bill Gates and Steve Jobs, who built their human capital in the 1970s, were the ones who eventually benefited from the technological progress of the 1980s.

Young people have brains that are more adaptable to change, they have fewer financial commitments and debt, and fewer family responsibilities. So, in a way, they are best positioned to adapt themselves for an economy that rewards innovation and leaps ahead of the status quo, rather than ideas that incrementally improve on existing ways of doing things.

If a recession does happen, my advice to young people would be to use this time to reflect on how they would like to contribute to the future economy. This a good time to build skills and networks who they can work with towards these goals in the coming decade.

Once the economy starts growing, 2024-2025 by many estimates, I expect more capital to be available to invest in risky ideas with high growth potential. They should try to ride the economic waves, not fight them.

Konark Saxena, Associate Professor, School of Banking and Finance, UNSW Business School is available to comment on the outlook for financial markets, interest rates, exchange rates, and indicators of an upcoming recession.