Scientists winged their way across one-third of Australia to collect data for the 2022 Eastern Australian Waterbird Survey, an annual health check of our freshwater ecosystems. 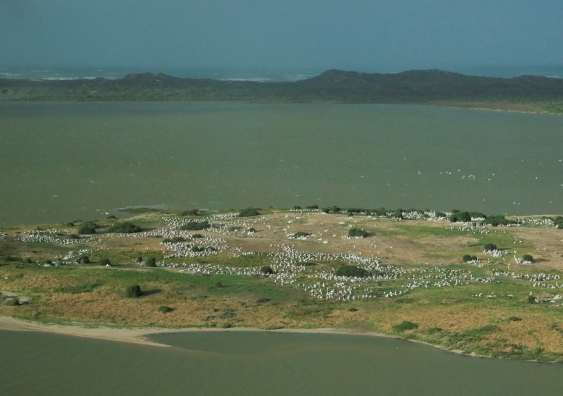 The 40th aerial survey of waterbirds across eastern Australia, one of the largest and longest running wildlife surveys in the world, has just completed its annual track across one third of the continent. And the results are in. Unsurprisingly, the team had to survey extensive flooded areas across the rivers, particularly those in the Murray-Darling Basin.

The Eastern Australian Waterbird Survey, headed by the Centre for Ecosystem Science at UNSW Sydney, is a collaboration with the NSW Department of Planning and Environment and supported by the Queensland, South Australian and Victorian governments as well as the Murray-Darling Basin Authority.

“It will be no surprise that there is so much water that the waterbirds are literally thin on the water – they are all spread out,” said lead researcher Professor Richard Kingsford.

“This is the third La Niňa year in a row and there has been a boom in breeding, despite relatively few waterbirds across the area. On top of this we are seeing an increase coming through from previous years’ breeding.” 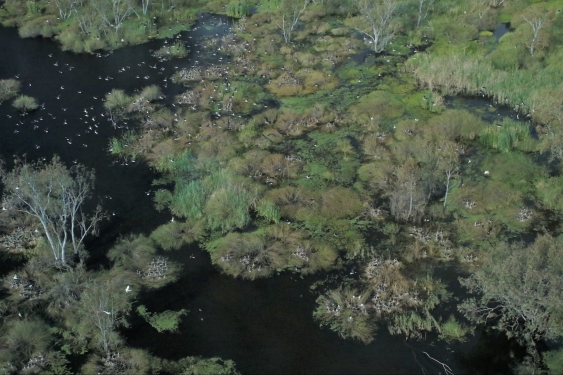 Project coordinator Dr John Porter, Senior Scientist from the NSW Department of Planning and Environment (DPE), who has spent thousands of hours on aerial survey, said, “This year was particularly unusual given we were surveying rivers and wetlands as they were flooding over the months of October and November”.

The total number of waterbirds estimated across the survey area in 2022 was nearly 190,000, an increase from the previous year, although still well below the long-term average and the 11th lowest in the 40 years of survey. The team also estimated areas flooded, the wetland area, which increased sharply from 2021 and was well above the long-term average for the first time since 2012, reflecting the scale of flooding.

The team also surveyed all the major wetlands in the Murray-Darling Basin. Although the survey covers up to 2000 wetlands across a third of the continent, there were some particular highlights. 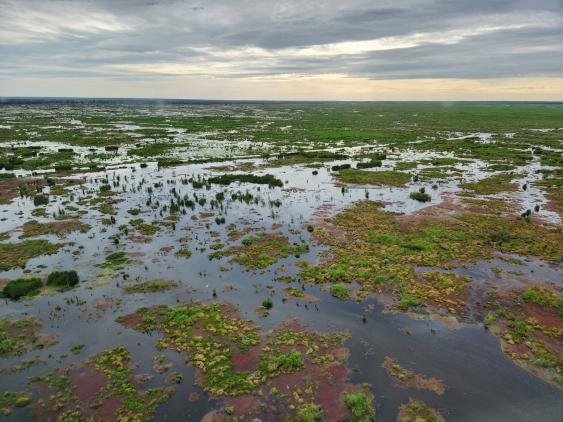 The Great Cumbung Swamp is at the junction of the Murrumbidgee and Lachlan Rivers in NSW. Photo: John Porter.

“There were the absolute standout wetlands of the Macquarie Marshes and Lowbidgee wetlands with tens of thousands of waterbirds. And it is even more exciting that there were pairs of waterbird breeding all over the place as well as massive colonies of Straw-necked Ibis, spoonbills, Intermediate Egrets and Rufous Night Herons,” said Professor Kingsford.

Read more: Looking out for waterbirds from high above

Aerial survey of waterbirds provides one of the few quantitative, large-scale biodiversity datasets that can monitor changes in the distribution and abundance of 50 waterbird species, including threatened species, and the health of rivers and wetlands.

“These surveys provide an excellent annual health check for our freshwater ecosystems. Most importantly we are able to track what happens to waterbirds during the droughts and floods that occur across this vast area each year,” said Dr Porter.

“It’s also important that the team surveys more than 50 waterbird species, including the fish-eating birds like pelicans, the vegetation feeders like the swans, and the invertebrate feeders like Pink-eared Duck. This provides a wonderful way of indirectly tracking how well this ecosystem is faring.” 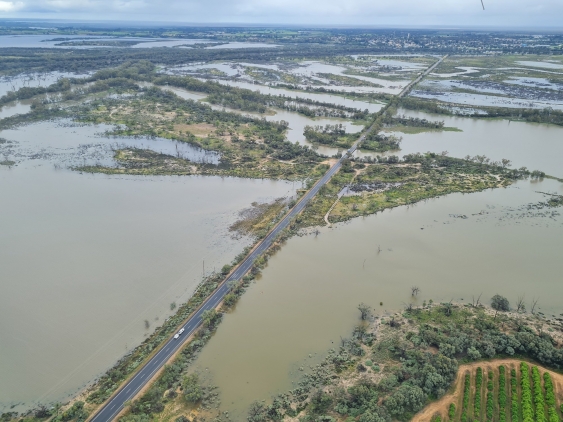 For such a massive undertaking the speed of reporting is impressive – data and advice are provided to state authorities within weeks of the team finishing the survey.

Over the next few years, the team will analyse how sustained this bounce back in numbers of waterbirds will be and how much of an improvement occurs in the environmental health of the Murray-Darling Basin and its rivers and wetlands.

To explore the full extent of the aerial survey of wetlands and waterbirds take in the team’s daily blog via the interactive map with photos and videos to relive the 40th time the scientists winged their way across a third of Australia.