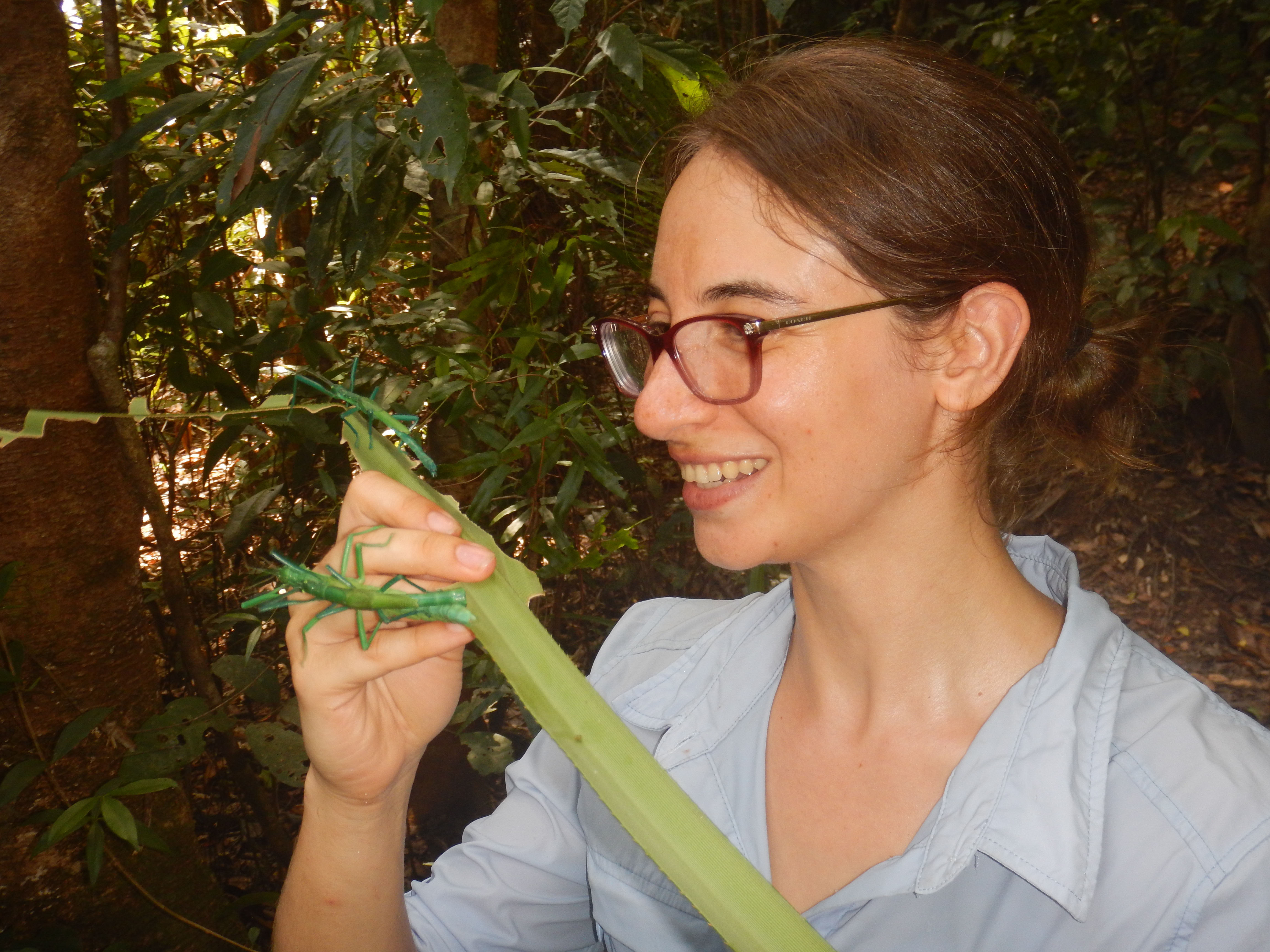 I am a PhD candidate studying evolutionary biology. I am broadly interested in evolutionary ecology and animal behaviour, and I am currently investigating how sexual conflict can affect the evolution of asexuality. I am inordinately fond of (stick) insects and fieldwork.

Project: The roles of sexual conflict and endosymbionts in maintaining distinct sexual and asexual populations in the facultative parthenogen Megacrania batesii (Phasmatodea: Phasmatidae)

Project Description: Evolutionary biologists have been puzzling over the paradox of sex for decades. We know sex has myriad costs, and yet most animals are obligately sexual. Asexuality has its own limitations, but theory predicts that a mixed strategy, like facultative parthenogenesis, should be most effective. Nonetheless, facultative parthenogens are rare. I am studying one of them, the peppermint stick insect (Megacrania batesii), to shed light on this puzzle. I am especially interested in why different populations of these animals employ different reproductive modes, and whether sexual conflict and microorganisms are playing a role.