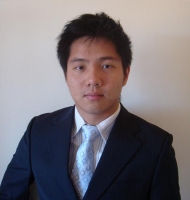 King Yuk (Eric) Chan (IEEE S’01–M’12) received the B.S., M.S., and Ph.D. degrees in the School of Electrical Engineering and Telecommunications from the University of New South Wales (UNSW), Sydney, NSW, Australia, in 2005 and 2007 and 2011 respectively. From 2008 to 2009, he was a research assistant at the Centre for Integrated RF Engineering (CIRFE), University of Waterloo (UW), Waterloo, ON, Canada. From 2011 to 2013, he was a post-doctoral fellow at the ICT Centre, CSIRO, Marsfield, NSW, Australia, where he was involved in industrial research projects. In 2014, he returned to UNSW as an Associate Researcher and is currently a Lecturer at the School of Electrical Engineering and Telecommunications, UNSW, Australia. His research focuses on the design, characterization, and fabrication of front-end devices with operating frequencies ranging from RF to terahertz. He is a member of the IEEE Microwave Theory and Techniques Society (MTT-S) and IEEE Antennas and Propagation Society (AP-S). He has been a reviewer for all the top-tier journals in his research area. These journals include IEEE Transaction on Microwave Theory and Techniques – the flagship journal in microwave engineering, IEEE Transaction on Antennas and Propagation, IEEE Transaction on Industrial Electronics, IEEE Microwave and Wireless Components Letters, Journal of Electromagnetic Waves and Applications, the Applied Computational Electromagnetic Society Journal, MDPI Sensors, MDPI Micromachines, and the International Society for Optics and Photonics. He has been invited to be a member of the reviewer board of MDPI Sensors since Jan 2020.  Nationally, He has been on the reviewer committee of microwave and antenna conferences in the past couple of years. These conferences include the Australian Symposium on Antennas (ASA) 2017 and 2019 and the Australian Microwave Symposium (AMS) 2020.

My research is in the area of RF, microwave, millimeter-wave (mm-wave), and terahertz (THz) engineering aiming at new technologies development that is capable of enhancing the circuits and devices performance and enabling new functionalities. The overall goal in my research is the innovation using new concepts for microwave/ mm-wave/THz circuits and different fabrication technologies to overcome some key challenges that currently exist in wireless communications and healthcare domains.. Over the last years, my research was marked by achievements in: