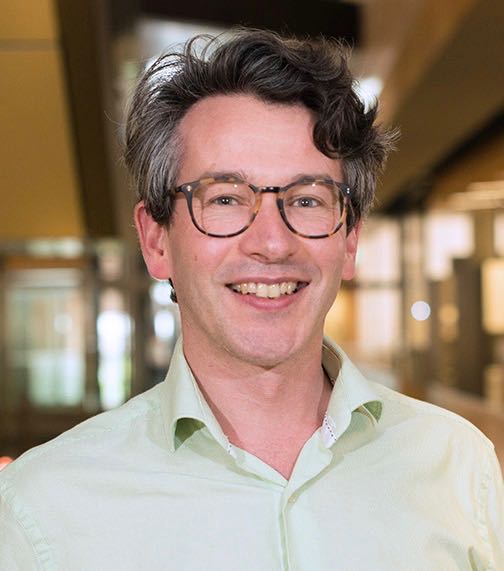 Ned is presently Associate Professor in the School of Photovoltaic & Renewable Energy Engineering.  From 2008-17, Ned worked in the Physics department at Imperial College London holding positions of Reader, Senior Lecturer and Lecturer as well as a Royal Society Industry Fellowship.  From 2005-7 he worked as a lecturer at the School of Physics at the University of Sydney. From 2003-06 he was a JSPS research fellow at the Toyota Technological Institute, Japan. Ned holds a PhD and MSc from Imperial College and MSci in Physics & Electronics from the University of St Andrews.

Ned’s research aims to fundamentally increase the efficiency of photovoltaic solar cells towards the ultimate efficiency limit for solar power conversion of 87%.  This research begins by establishing conceptual thermodynamic boundaries of the processes that can (and cannot) lead to efficiency improvements in solar cells.  This is followed by practical work to demonstrate working, proof-of-principle devices and often involves computer modelling, optical spectroscopy in addition to standard photovoltaic device measurements.  Several 'Advanced Concept' devices have emerged from this work, notably the quantum well solar cell that enabled a 32.9% III-V double junction solar cells to be made, photo-molecular up-conversion on amorphous silicon solar cells, photon ratchet sequential absorption photovoltaic device and several demonstrations of a hot carrier solar cell.

Since the principle source of electrical efficiency loss in a solar cell results in thermal generation the question arises as to whether this waste heat can be used?  If so, the overall efficiency boundaries of the problem change and Hybrid Photovoltaic-Thermal system efficiencies (electricity + heat) can easily exceed 70%.  Generally heat is more valuable when delivered at high temperature so to reduce thermal loss from PV-T collectors, the emissivity of the component solar cells can be adjusted.  This research has been applied to both raise the temperature of the collector in a PV-T module and reduce the temperature of a conventional (electrical only) module; the latter bringing the benefit of higher electrical power conversion efficiency and longer lifetime.