UNSW team launching the 'Spotify of the fintech world'

Investors daunted by the stockmarket will soon be able to choose investment options in the same way as songlists.
Ibrar Khan 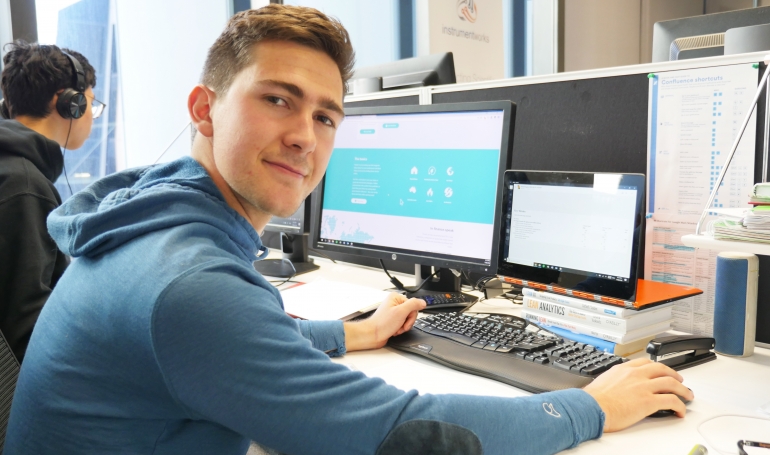 Investors daunted by the stockmarket will soon be able to choose investment options in the same way as songlists, says a UNSW team of entrepreneurs.

It could be music to many young investors’ ears to hear that two UNSW students have co-founded ‘the Spotify of the fintech world’ – making the stock market accessible to aspiring investors.’

Recent UNSW graduate (2016 alumni), Hayden Smith (B. Computer Science) and current final year student (B. Mechanical Engineering and B. Commerce) Kurt Walkom, along with Nick Nicolaides, are the brains behind Pearler Investments.

The investing platform is essentially an app that suggests investment opportunities in ready-made portfolios, in the same way that Spotify playlists suggest music. The trio at the company call the playlists ‘pearls’, and the stocks are like the songs. The user can follow or compare stock suggestions by the founders of the company, professional investors or friends – a la Spotify, which helps you find and share music without being a music expert.

“We had numerous eureka moments. Our first idea was to build a superannuation platform that would genuinely engage people. After that, we thought, the best way forward was to build an investment platform that people can invest their day-to-day savings in, and then engage them in using their superannuation. Finally, we settled on creating a network investing social, as nobody had really cracked that,” said Mr Walkom.

“When we talked to people, they had three problems: they saw investing as gambling, although that’s misguided, that’s just how they saw it. Secondly, it was time consuming for them, there weren’t many platforms that made it simple. The third thing was the lack of knowledge and sustainability – Pearler will try to bring these three aspects together.”

Kurt Walkom describes UNSW as a fertile place for entrepreneurs and start-ups. “I came here from a country town on the back of a scholarship, which is how I managed to study here. I’ve had many entrepreneurial experiences, was afforded many opportunities and work placements and it’s made me realise I want to go down the entrepreneurial path.

“As for Pearler, it’s been fantastic! We were part of the Founders launch pre-acceleration program.  We were given great mentorship and now we’ve been lucky enough to be given Founders in Residence in the MCIC [Michael Crouch Innovation Centre], so we’re in there with some of UNSW’s best start-ups. It’s just a fantastic environment – the support we’ve received is a lot better than a garage start-up. For me personally, and Pearler as a company, they’ve been incredibly supportive.”

Until now, the founders Smith, Walkom and Nicolaides have used their own money, pumping their savings into the venture. Walkom says they are now being approached by investors, but he explains it has to be a match: “We’re interested in strategic investors at this stage, so it’s not all about the money, but they have to have an interest and belief in what we’re doing, someone who can give value to Pearler as we grow. We are considering equity crowd funding but for the moment we’re set on strategic investors.”

When it comes to price and paying for the service, Walkom compared it to purchasing movies or songs. “We want to allow people to invest for the same price as they’d pay for movies or music each week. We’re looking at that $10 – $15 per month price range.”

Although the platform is still in the development stage, the co-founders are already considering other markets.

“In terms of us as an organisation, we love Australia and Sydney. It’s a fantastic environment and so we’ll remain here even if we expand overseas. However, we are keen to go to the United States and Hong Kong because Hong Kong has 39% investor penetration and Australia has 37%, the top two in the world.  So, in the next two years we’d like to be in Hong Kong and pushing forward and further into international markets. Hopefully we have a team of talented developers, designers and marketers – for us it’s all about engagement.”

The idea of following and comparing ready-made investment portfolios like playlists will become a reality, according to Walkom, when the platform is launched at the end of 2018. 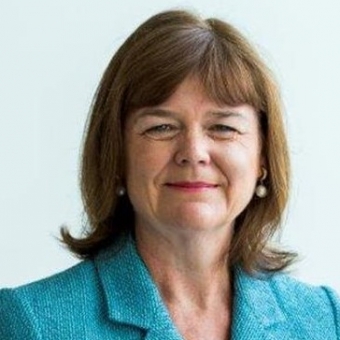