Why workforce gender diversity is a $225 billion opportunity for Australia

It’s a fact of modern life that more women than men find themselves navigating a return to the workforce after a career break.

It’s a fact of modern life that more women than men find themselves navigating a return to the workforce after a career break. Finding ways to streamline this transition and developing strategies to help women succeed is essential to improving workplace gender diversity at all levels.

The 2019 Women’s Agenda Ambition Report, produced with the support of AGSM at the University of New South Wales (UNSW) Business School, surveyed more than 1800 women about their career hopes and experiences. The survey found that 47 per cent have taken a career break for childcare commitments, and an almost equal portion – 46 per cent – reported that furthering their leadership career was an important goal over the next two years. These findings debunk the myth that women with caring responsibilities lack professional ambition.

This year AGSM @ UNSW Business School offered a unique opportunity for professionals looking for a helping hand and some practical strategies to return to work. The AGSM 2019 Career Comeback Sponsorship program awarded 30 sponsorships for a purpose built three-day program. This was further supported by ongoing peer coaching, access to AGSM online content, invitations to future AGSM events and tailored consultations with AGSM’s Career Development Centre. The successful applicants for this inaugural program were women from a diverse range of professions, career stages and life stories.

This is the second in a series of articles about the issues that inspired AGSM to design the Career Comeback program.

Fixing the pipeline for female talent

“Many women take a break in their career when children come along and many of them never find their way back, at least not to the role they previously held or had ambition to hold,” says Dr Michele Roberts, Academic Director at AGSM @ UNSW Business School. “Even when they do return, they are not proportionally represented at the highest levels of decision-making. Only 29.6% of directors in the ASX 200 companies are women, according to the Australian Institute of Company Directors.”

However, for all the efforts to address issues of inequality at the top end of town, Roberts says it’s critical that we pay more attention to the earlier stages of women’s careers. There’s a common path of studying for a chosen profession, spending a few years applying the skills and knowledge that you’ve acquired to advance your career, then somewhere in your mid-20s to 30s you disengage from the workforce to care for children.

“We lose a significant amount of female talent in the childbearing years and much of it never returns. This problem can only be addressed by fixing the cracks earlier in the pipeline” says Roberts “the focus on getting women into senior positions is essential, but we’re trying to recruit from too small a pool because we lose so much talent in the early part of women’s careers. ” The post-partum period – which in terms of career may extend for many years – is a critical area to address.

A bottom-line imperative for gender diversity

AGSM@ UNSW Business School has been developing leaders to propel Australia’s economy forward for over forty years. Not only does the Career Comeback program provide a helping hand to those undertaking life’s most challenging job – parenthood – it also helps set Australia up to continue its 27+ year record of uninterrupted economic growth.

According to a McKinsey Global Institute Report The Power of Parity, if Australia were to achieve best-in-region gender parity in the workforce by 2025, GDP would grow up to USD $225 billion – a 12.5 percent improvement on business as usual. The report observed that Australia is relatively advanced, but has a bigger problem than many OECD countries: “the gap with world leaders on gender diversity is widening. The country has an opportunity to accelerate progress and become one of the world’s leaders on gender inequality, particularly on female labour-force participation.”

“The women who applied to the AGSM Career Comeback program come from a diverse range of industries and many have prominent backgrounds as lawyers, academics, geologists, engineers, CEOs”, says Roberts. “It’s clear evidence that there is an enormous pool of highly qualified, highly skilled and experienced women who have become disconnected from the workforce and are trying to find their way back in.”

“These women have spent years on their professional training, and have many years of experience. Having paused their careers to care for others, they now find themselves vulnerable and unable to harness the networks, funding and opportunities necessary to rebuild their careers.”

Roberts says the Career Comeback program addressed three critical pillars: capability, confidence and connections. “These were the areas that we could see were perpetuating this vulnerability in otherwise high-achieving, high-potential women.”

Credentials are, adds Roberts, a fourth pillar to consider. “For these women, a sponsorship to Career Comeback from one of the world’s top universities is a pretty powerful credential and sends a signal to employers that this person is a standout in a pool of talented people.”

In recent years, AGSM has “doubled down on its commitment to build a more diverse and inclusive leadership pipeline in Australia,” says Roberts. After realising that certain cohorts were not applying for scholarships, AGSM began targeted outreach.

“As a world-ranked MBA program, the danger is that you become risk averse, but we increased the quality of our cohort and at the same time increased the female representation from 36 percent to 50 percent in just 12 months. It shows that focusing on diversity can deliver great outcomes all round.”

AGSM is one of only five world ranked programs to have a 50 percent female cohort in its full-time MBA program, a milestone achieved in 2019.

Broader diversity is also actively in AGSM’s sights, “we know that money is the greatest barrier to studying, and all of the research bears that out,” says Roberts. “we therefore aligned scholarship dollars towards students from under-represented groups, including indigenous students, members of the LGBT community, veterans and women from all backgrounds.”

Making sure that there are role models in place has been critical, too. “You need to be able to look around you and see leaders who you feel represent you and who you identify with so that you feel confident and safe in that space.” That meant building up our Indigenous faculty as well as Indigenous scholarships. “We are proud to have a variety of leadership programs tailored to the needs of the Aboriginal community.”

Creating a leadership cohort from across all of society is critical for industry. “One of the most fundamental responsibilities of leaders is to seek out the best talent beneath them and to nurture it,” says Roberts. “Industry has made it clear to us that they want to hire more inclusive and diverse leaders. By any measure, we will never be able to deliver on this need until we support the millions of women who are looking for fulfillment in all aspects of their lives. We’re thrilled to be doing our part with our MBA programs and courses for these amazing women.”

The next article in this series explores other initiatives to support workplace diversity, including regional programs, returnships and culture. 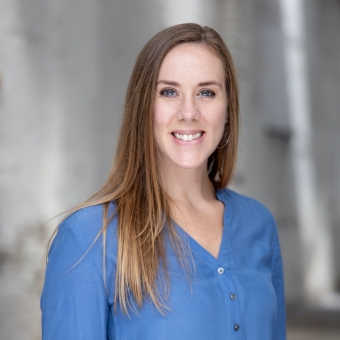