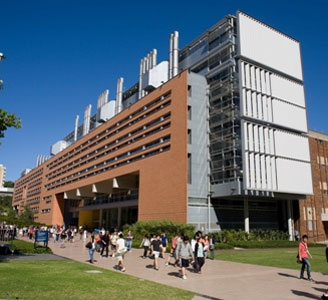 Earlier this month, the 2011 NSW Architecture Awards Ceremony was held at the Sydney Hilton. The Awards celebrate and honour NSW Architects who have worked on public and private projects across Australia which have demonstrated design excellence and innovation. From this talented group many represented UNSW Built Environment as staff and/or alumni.

A total of 41 awards, prizes and commendations across 15 categories were awarded from 191submissions. Awarded projects are eligible for a national award to be assessed late this year.

This year the UNSW Built Environment community was strongly represented at the awards ceremony. Esteemed UNSW Built Environment Professor and alumnus Glenn Murcutt received the Award for Enduring Architecture for his iconic design of ‘Magney House’ Bingie Bingie on the NSW south coast which was completed in 1984.

The President’s Prize recognises an individual who has made a meaningful contribution to the industry. The 2011 honour was presented to UNSW Built Environment Visiting Professor and NSW Government Architect Peter Mould. NSW President Matthew Pullinger commented that “Peter Mould is a quiet achiever. In his role as Government Architect, he has been a tireless advocate for design excellence. He promotes design quality purely for the benefit of society and the profession.”

UNSW BE graduate Matt Chan (BArch 1996) from Scale Architecture was awarded the Emerging Architect Prize for his hard work and diligence within the industry. Matt has been creating and working in a variety of facets within the industry developing thinking through teaching, research, discourse and speculative work, as well as collaborative practice.

This year’s top honour the Sulman Award was presented to Bligh Voller Nield (BVN) Architecture for their innovative design of the ‘Brain and Mind Research Institute (BRMI) – Youth Mental Health Building’. BVN received an additional triumph when they were awarded the John Verger Award in Interior Architecture for the ‘BVN Sydney Studio’. Visiting UNSW Professor James Grose was a project principle in both of these winning projects.

Dean of UNSW Built Environment, Professor Alec Tzannes said “the awards night produced a fantastic result for the Faculty and the University, with recognition going to UNSW Built Environment professors, lecturers and alumnus. These successes help to reinforce this faculty’s position as a highly successful and innovative educational facility who continues to produce individuals who are highly sought after within our industry.”

Professor Tzannes is also Director of Tzannes Associates. His firm received an Architecture Award in Public Architecture for the ‘Hillingdon Ascham School’ in addition to three Commendations in Residential Housing, Residential Multiple Housing and Commercial Architecture.

We would like to congratulate all winners at the 2011 NSW Architecture Awards.