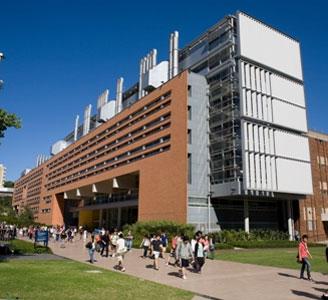 Three luminaries with links to UNSW Faculty of Built Environment have been recognised for their work at the Australian Institute of Architects National Architecture awards.

Professors Richard Johnson, Ken Maher and Glenn Murcutt AO, all of whom teach at UNSW, won awards at a gala dinner at the Museum of Old and New Art (MONA) in Hobart last week.

Professor Ken Maher and his team at HASSELL, where he is Executive Chairman, took out two awards: the Harry Seidler Award for commercial architecture (Ecosciences Precinct, CSIRO, Brisbane) and the Walter Burley Griffin Award for Urban Design (One40William, in Perth’s CBD).

Of the project, the jury said: “The making of this place was all about continuing an experience of life on the site. The Magney family’s camping experience was seamlessly translated into the form and openness of their house and in turn passed on to future generations of the family.”

Congratulations to all involved, the Faculty is both proud and fortunate to be affiliated with such distinguished people who are contributing to the sustainable design and management of a 21st century city.